The clean up continues in west Auckland, two months after severe flooding destroyed parts of the region. 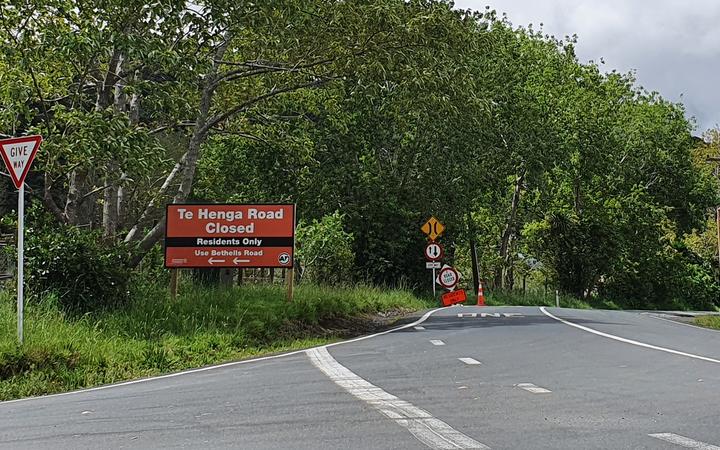 The flooding following an overnight downpour in late August forced dozens of homes to evacuate, rendered homes uninhabitable and caused significant damage to roads - all while a Covid-19 alert level 4 lockdown was in place.

So far, the Insurance Council of New Zealand had recorded 2442 claims totalling $56.4 million arising from the disaster.

Auckland Council had red stickered five properties, marking them as uninhabitable, while 54 others were flagged as significantly damaged.

Signs of the deluge lingered in Kumeū. Some shop windows on the main drag were boarded up, in places skip bins were full with rubbish and locals shook their heads and muttered about waist-high floodwaters.

Kumeu Bridgestone owner Johnny Mills was used to seeing the Kumeu River near his tire shop run high when it rained heavily.

But he was shocked the waters got so high his shop was flooded.

"It was really out of the blue. I still can't fathom we got flooded."

Mills was grateful for his insurance and he was among the lucky ones who could reopen, but he was still waiting on some internal walls to be replaced.

He said the crunch on construction supplies was slowing the repairs down and he expected to wait another month until builders could work on it.

Storm first of many for Waitākere Ranges

In the Waitākere Ranges, seven roads hit by slips were yet to be repaired. This included Te Henga Road, where a massive pile of dirt blocked the road and heavy machinery working on top of a cliff would be required to fix it.

At Te Henga Bethells Beach, 200 residents were temporarily stranded when the only road in and out was washed out by a swollen river. 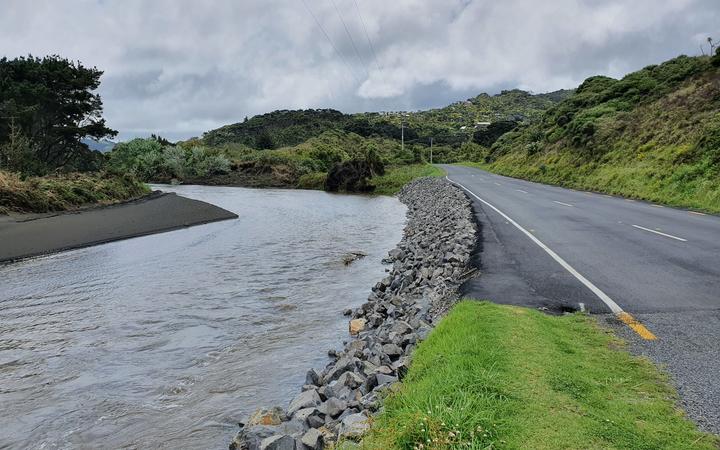 A stretch of Bethells Road has now been repaired. Photo: RNZ / Jean Bell 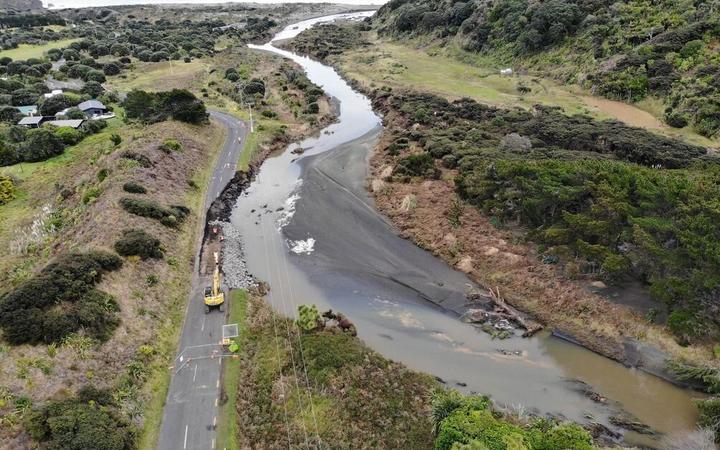 The route was swiftly repaired, but Waitākere Ranges Local Board member and Te Henga resident Mark Allen expected further storms in the future.

"We are going to see more of these extreme weather events. As climate changes and we get more and more severe weather events, we'll have more attacks on our infrastructure." 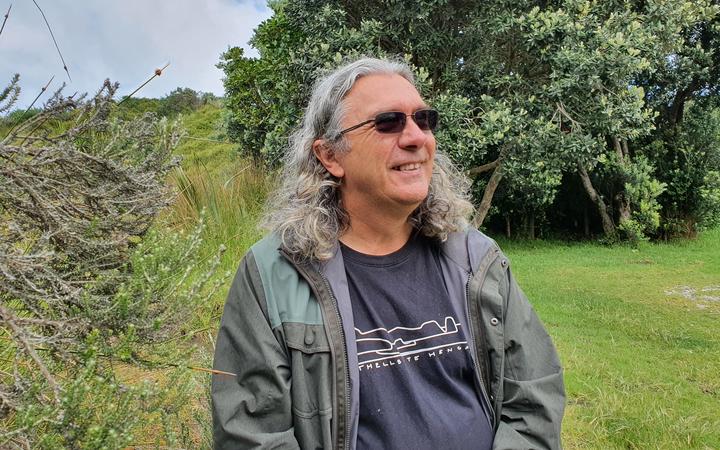 He said upgrading the roading network was part of this.

"It's built on cart tracks, it's built on old paths. A lot of it wasn't built for this kind of extreme weather."

Allen said better communication with residents was needed so they could clear drains and prepare for extreme weather in future.