The amount councils are spending on keeping in touch with Cantabrians has gone up by as much as 82 percent in the past six years. 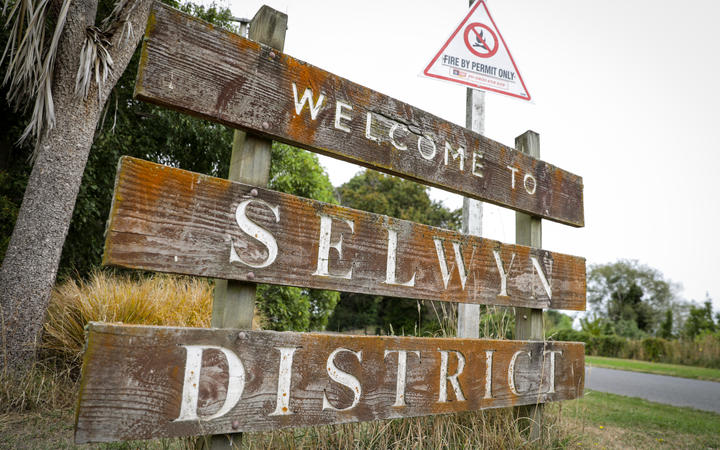 Selwyn District Council had a total comms spend of $822,000 in the past financial year. Photo: RNZ / Nate McKinnon

Selwyn District Council covered a huge area from the ocean to the alps, and was home to two of Christchurch's most populous commuter towns, Lincoln and Rolleston.

Most of that extra cash was being spent on staff, with just under eight full-time positions on the team compared with less than half that number in 2015.

Selwyn District Council communications manager Stephen Hill said it was mostly down to being the country's fastest-growing region and experiencing 23 percent growth in its population over the same period.

"Really rapid development and we've still got a lot of growth coming. There's been a lot of stories about the number of plan changes that are going to lead to increased housing developments right across the district. So it's exciting but we need to keep up with the need to keep our residents informed and engaged."

So what did those nearly eight people do each day?

Hill said they worked with all parts of the council helping to publicise the various services it offered, responded to the increasing number of questions coming to them via social media and answered media queries.

"One of the things that's been a trend across all councils is, over recent years, there's a lot more requirement coming out of government for us to undertake good consultation with our communities. So again, we work with our departments to look at how we can best get that across."

The Canterbury Regional Council had also been staffing up its comms unit and now employed 30 people full time, compared to just under 22, five years ago.

Of these 30 staff, nine were managers.

Canterbury Regional Council communications head Tafflyn Bradford-James said one of the reasons behind the rise was the increasing complexity of what the council was being asked to do by central government.

She gave the example of new air quality rules restricting where residents could use log burners.

"So we were then gearing up some comms and engagement to be able to let people know when that rule was changing, and also what they could do about it.

Council had also taken on the role of educating the region's rangatahi through the national Enviroschools initiative as well as its own programme teaching students about the importance of good water quality.

"And also we're wanting to work more into the schools. We're looking at a civics education program, for example where young people coming through can actually start to understand what is a council? How can I influence what a council does and how can I participate?"

The region's biggest council, Christchurch City, declined to be interviewed.

It had maintained a relatively stable budget over the past six years but was carving that money up differently, with a 146 percent increase in the amount spent on what it called media.

This included social media and its own digital news service known as Newsline.

The other big spender was Waimakariri, which next to Selwyn had also experienced rapid population growth.

It now had a comms budget to match, up 73 percent since 2015, although it noted that overall staff numbers had also increased, up 15 percent over the same period.