Dame Cindy Kiro has been sworn in as the 22nd Governor-General of New Zealand in a ceremony at Parliament this morning. 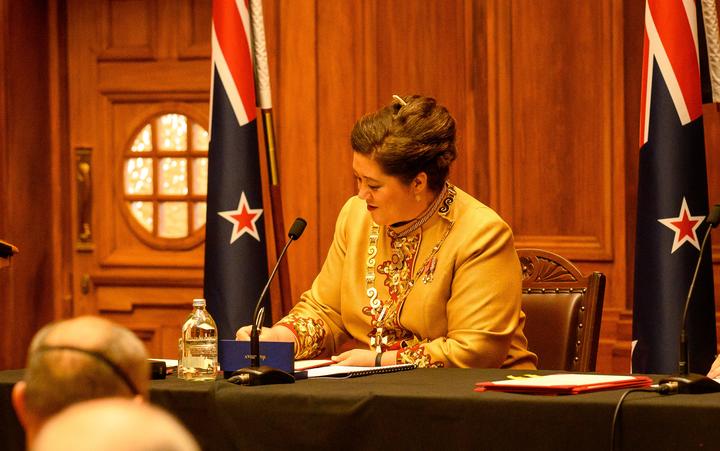 After placing her hand on the Bible as requested by chief justice Helen Winkelmann, Dame Cindy recited the oaths of office in both English and Māori.

She is the first wāhine Māori to hold the position, and is of Ngāpuhi, Ngāti Hine, Ngāti Kahu and British descent. 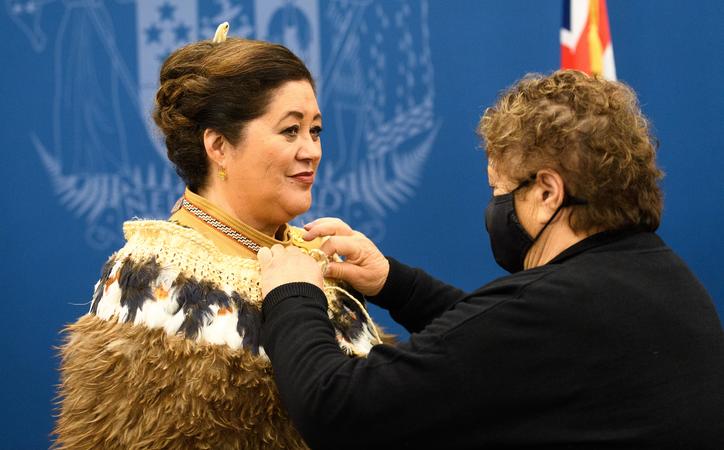 Prime Minister Jacinda Ardern began her address with a personal reflection of the first time she met Dame Cindy at Massey University, when she sought her out as an expert in child wellbeing.

Ardern said Dame Cindy's working life had been one of service and she would continue that as Governor-General.

After she was sworn in, Dame Cindy said she wanted to use her role to reach out to marginalised people in society and also to acknowledge the unsung heroes holding the community together.

She acknowledged people were living in a time of immense uncertainty and anxiety due to Covid 19.

Dame Cindy recited oaths in both English and te reo Māori, and said she was proud to bring her dual Māori-British heritage to the role.

She said she would be Governor-General for all New Zealanders, and would be guided by three principles.

Kaitiakitanga: that we are temporary guardians of what is precious; Oranga: preserving health and wellbeing; and Manaakitanga: to care for others and uphold their mana.

Dame Cindy said the Covid-19 pandemic has highlighted the importance of research and expertise.

"It has never been more important to critically evaluate the constant flood of information across our screens, and to value the ability of expert communicators who can help to alleviate our uncertainties and fears."

She said having a wāhine toa occupying such an important role would inspire many.

"You've set an example of where a life of service can lead. And hopefully, when others follow your footsteps, they won't be quite as surprised as you were when I asked you to consider the role."

"I can recall well the first time that I met Dame Cindy. It was at Massey University and I had sought her out knowing her extensive background in child well being, and hoping she would indulge me.

"Alongside her patience in response to my many questions, it was Dame Cindy's compassion, knowledge and focus that stood out to me."

Dame Cindy was born in Whangārei in 1958 and is the eldest of six children.

She was most recently the chief executive of the Royal Society - Te Apārangi, has been a Children's Commissioner and Pro-Vice-Chancellor Māori at the University of Auckland.

"Jacinda's made a very good decision."

He said growing up Dame Cindy was always a hard-working and caring person. 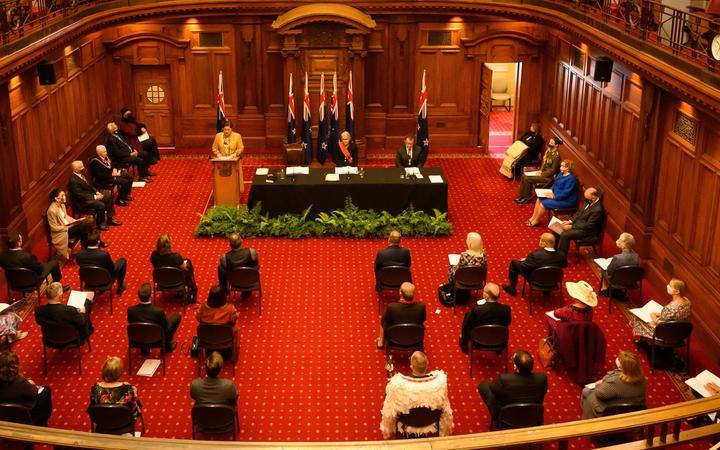 The scene at Parliament during the swearing-in ceremony. Photo: 2021 Mark Tantrum

"With her background, both personal and professional, and empathy for New Zealanders, I think it's an inspired choice," Sir Jerry said.

"I think the wairua of this morning's ceremony with the Governor-General's easy assumption of office augurs well for her term," Sir Anand said.

From Parliament, the new Governor-General was whisked off to lay a wreath at the Pukeahu National War Memorial.

There were prayers, a song, a minute's silence, and the last post. 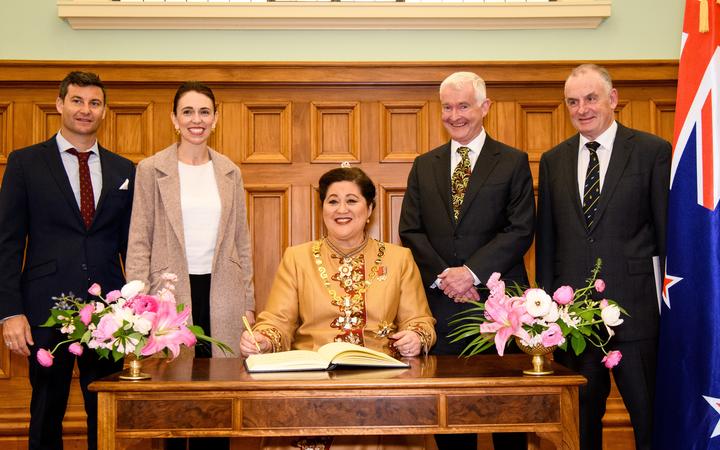 The Governor-General is the Sovereign's representative in New Zealand. They carry out a number of formal duties, including dissolving and opening Parliament, and giving royal assent to passed bills so they become law. 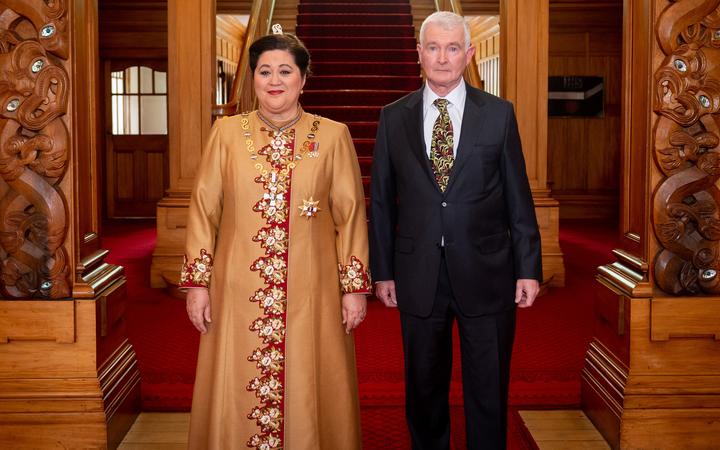