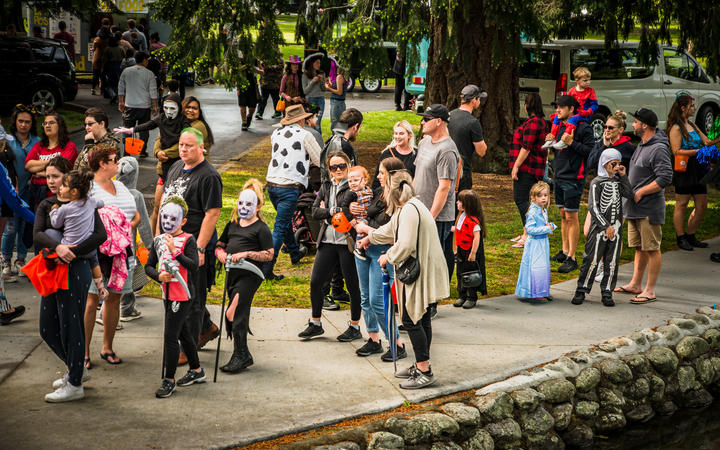 The event, which would have been in its third year, usually draws hundreds of kids to Queen Elizabeth Park with the promise of face painting, train rides, costume spot prizes, and kids entertainment.

It is run by Masterton District Council.

Masterton Mayor Lyn Patterson confirmed in her latest mayoral column that the much-loved event had been cancelled.

"The past few months have shown us in stark terms the reality of the pandemic," she said.

"It has become increasingly clear that the virus will provide a backdrop to much of what we do, and how we do it, for some time to come.

"Sadly, it has already made it impossible to run our highly successful Halloween Island event this year."

The event is the latest of a long list of casualties in the Wairarapa event space.

On Friday, it was announced that Toast Martinborough, which draws thousands to the South Wairarapa town, was postponed to mid-January due to alert level restrictions.

The iconic Carterton Daffodil Festival, set to be held last month was cancelled, as was the 2021 Wairarapa A&P Show.

Regarding alert level restrictions, Patterson said vaccination was the path back to "what will be a new normal".

She visited two Wairarapa vaccination centres on Super Saturday and said it was "pleasing to see the number of people taking the opportunity get a jab, but we still have a long way to go".

"For me, vaccination comes down to taking personal responsibility.

"This pandemic may be unprecedented, but as a planet we have tackled and beaten devastating diseases in the past - think smallpox and polio.

"There is a limited amount we can do as individuals to help, but one thing is obvious to me - and about 85 percent of New Zealand's population, so far - and that is to get the jab."

In lieu of Masterton's Halloween Island event, people can enter the council's Halloween at Home Jack-o-Lantern and Scarecrow competition.

People are asked to create a jack-o-lantern or a scarecrow and send a picture of it to the Masterton District Council's Facebook page.

Entries close at midnight on 31 October.

The photos will be uploaded to the council's Facebook page and the public will vote for their favourites from 1-7 November.