Director-General of Health Ashley Bloomfield says current projections show it will take Auckland just over a month before 90 percent of its population is fully vaccinated. 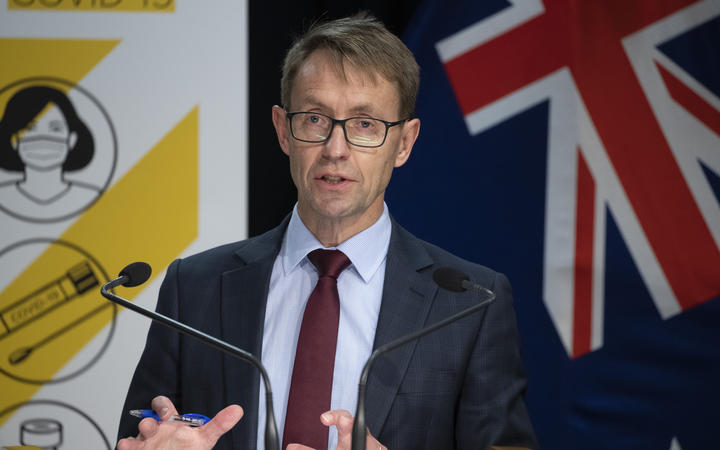 Speaking to Morning Report, Bloomfield said the weekend's Super Saturday Vaxathon gave nationwide vaccination numbers an important boost but his focus was now on helping those still vaccine hesitant to also get the jab.

"I think it was a great day," he told Morning Report, reflecting on the more than 130,000 people who received either a first or second dose on Saturday.

"The sense of energy and collective action on it was really great."

Just over 70 percent of Auckland's eligible population was now fully vaccinated, with 89 percent having had one dose.

Bloomfield said the figures were encouraging and modelling showed the city could hit the 90 percent fully-vaccinated milestone over the next "three to four weeks".

"Auckland's pretty much there; let's just stay the course."

"It'll take the next few days to get up to 90 percent (first dose) and then we've got that gap of at least three weeks - and for most people at the moment it's about three to four weeks - for that second dose."

Bloomfield said reports of a large party on Auckland's North Shore over the weekend must have been very disappointing for Aucklanders who had been "doing the hard yards" for a couple of months.

"There's no doubt that people are tiring of the situation and that's understandable but there's a difference between being tired and - you know, inadvertent breaches of what the rules are under alert level 3 - and sort of something that is blatantly flouting that and I think that people are rightly a bit annoyed about that."

Cabinet will today review the alert level three settings for Auckland, Northland and parts of Waikato.

Asked about the likelihood of Auckland's hard border being relaxed if there was any loosening of restrictions, Bloomfield said keeping it in place was important for the ongoing elimination approach outside of Auckland.

"The prime minister did signal a week or two back that the intention is to keep that boundary for the time being and I think there is good rationale for that; if we can avoid the cases leaking out of Auckland as much as possible, that serves everybody."

Contact tracers and public health officials were continuing to "actively and aggressively" follow up every positive Covid-19 case, Bloomfield said, though he noted that the virus's R number was currently above one, so he expected case numbers to keep rising.