Have you ever watched the 1pm press conference and thought you'd do it all differently? Well now is your chance to see what would happen if you were in power. 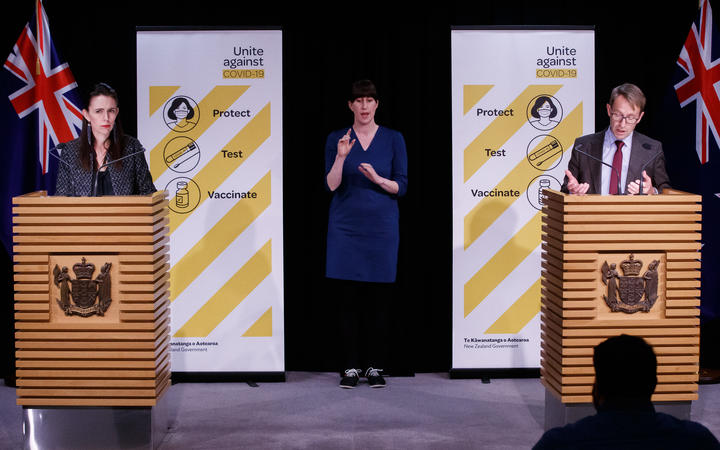 A science teacher in Tāmaki Makaurau, Peter Wills, made an online text adventure game based off modelling research by Te Pūnaha Matatini.

In the game you can be Pirimia and see if your decisions can stop Covid-19.

The game gives you information week by week and you decide what measures to take at the 1pm press conference. It ends at your whānau Christmas lunch where everyone tells you exactly what they think of your policies.

Peter said he started the game a week ago after feeling down about the press conference.

"It took about a week and I I finished it on Saturday morning. Like a lot of people in Tāmaki Makaurau, I was feeling a little bit down about the rising cases, and so it was a really therapeutic way to to cope with that."

"Also I really enjoyed learning about the modelling systems used by Sean Hendy and the team at Te Matatini."

Wills says the game took him between 60 and 70 hours to make and there are a number of different paths to take, all with different outcomes,

"So for each week from now until Christmas, you get to make a choice. There are four options, each of those options has a little bit of dialogue telling you what happens in the following week and then it goes back to the next (1pm) briefing. So the sets of the sets of options are always the same, and then you eventually get to the to the end of the year and you resign and then go to your family Christmas, your whānau lunch and then all your family members tell you exactly what they thought of your time in office."

He said the reaction so far has been positive and that, in a tough week, it has been rewarding to bring a little bit of joy. Since Saturday nearly 20,000 people have taken a turn at being prime minister.

Asked if he thinks it will inspire some sympathy with the government, Wills says 'I hope it does a little bit, but I also think it's important to hold administrations to account, I really do agree with the message of being kind though."

You can give the game a go here.