The missing King Country family that were found safe and well today had been living in a tent in dense bush, police have revealed this afternoon.

Police have given more details after locating a father and his three children that had been last seen in Marokopa on 11 September.

Tom Phillips, 34, and Jayda Jin, 8, Maverick Callum-Phillips, 6, and Ember Phillips, 5 were found safe and well at Marokopa this morning.

"They are safe and well, the kids are happy."

Loughrin said the family was camping but it's not clear what they were eating, or whether they were moving around.

"We know from the family and we knew from our search that he was an experienced bushman, and he had the capability to look after himself in the bush area."

The children and father are being supported by whānau, he said.

He said whānau was "ecstatic" the family was now home.

The mother of the children is "relieved", he said.

He said the Phillips had been camping in dense bush, living in a tent inland from Kiritehere beach, and police were trying to understand how the family survived and what they ate over the past 17 days.

A local kuia involved in the search for Phillips and his children said they are relieved they walked out of the bush alive, but wonder why he did what he did. 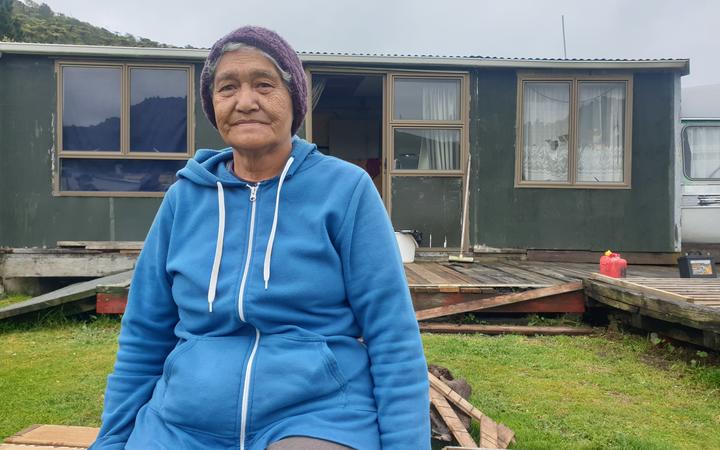 Kiritehere Beach resident Nora Haupokia and her whānau looked for the family for weeks and provided food and hospitality for the searchers.

Haupokia said she's happy it's ended well, but said it was sad Phillips had to do what he did to the community.

"It's actually quite a sore point of this really, as far as we're concerned.

"We've had to live with this for three weeks and we thought we would have to carry on living with it until now that he's come out. It's a blessing."

Loughrin said police had kept an open mind throughout the search for the family.

He said the search for the family was extensive and search locations of interest included bush area, farm area and the ocean, which was covered by foot and aerial searches.

They were then notified yesterday morning of a sighting of a male and children on a bike on a road in the area at about 5.30am.

Police deployed a fixed wing plane and drones to the area but the family was not located. They were then notified this morning that the family had returned to the family farm.

The distance between where they were seen yesterday and the farm where they showed up today is about 5km.

Police are speaking with the family to clarify their movements over the past couple of weeks.

"We are in the early stages and working through what has occurred.

"We do know is that the area that they were likely living in was about 15 km south of where the ute had been left on Kiritehere beach.

"What we do know is that they were using a tent, they were in dense bush area and that's kind of the initial information we've got around their living situation over the last couple of weeks."

Police are yet to confirm if the family was in the same location or moved around the area.

"We know from the family and we knew from our search that he was an experienced bushman and had the capability to look after himself in the bush."

Loughrin said police were working on a timeline of the family's movement and how the "ute fits into that situation".

"We always held out hope that the family were alive," Loughrin said.

"We wanted Tom, the family, to be alive. To happen this way is fantastic for the family.

"This is a community that experience 17 days of hell wondering what had happened to this family and these children."

Fears had been growing over the fate of the family after their vehicle was found abandoned on a beach on 12 September, with extensive searches of the coast and general area finding little of interest. The search was called off last week.

Loughrin thanked colleagues and LandSAR, Fire and Emergency NZ, Surf Lifesavers and others.

Phillips' sister Rozzi Pethybridge told media this morning her brother arrived at their parents house after almost three weeks in the bush.

She said he had been "in a helpless place" and had chosen a place to "clear his head".