Serious concerns are held for a man and three young children missing from a remote beach on the west coast of the North Island since at least Sunday.

They were last seen by family at the family farm in Marokopa on Saturday before Phillips' vehicle was found south at Kiritehere Beach on Sunday by members of the public. They informed the family who alerted police on Monday morning.

At a media briefing this afternoon, police said the Eagle helicopter from Auckland had been deployed for the search, as well as three drones operated by Fire and Emergency and Coastguard plane.

"Today the search is focused on the Marokopa are as well as Kiritehere beach and the coastal and surrounding township areas," Waikato West Area Commander Inspector Will Loughrin said.

"We are seeking sightings of the family or from anyone who has heard from them since Saturday. That will assist us with putting the pieces together."

Search and rescue teams were also scouring nearby land including dense bush and beaches. Police were also doorknocking in the Marokopa area.

Because it was day four since the family was seen, there was a "significant amount of resources" put into the search.

Police were "committed to bringing Thomas and the kids home and we will continue until we have done that", Loughrin said.

Ocean conditions today were rough and would be tomorrow as well.

Police said the disappearance was "out of character for the family". 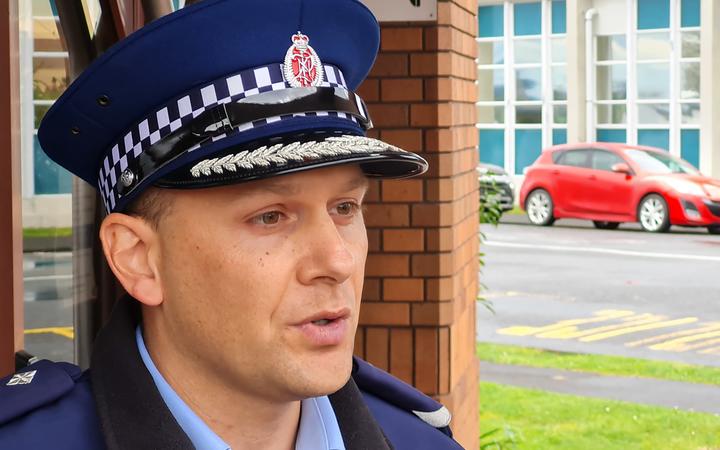 When Phillips' vehicle was found on Kiritehere Beach on Sunday, waves were crashing over its bonnet and members of the public retrieved the car before notifying the family.

The family - who were well-known in the area - did not know Phillips and the children were missing and alerted police early on Monday.

"From that point on police immediately launched a search and rescue operation," Loughrin said.

"Our initial inquiries have established that Thomas and the kids were at the family farm on Saturday in Marokopa, and that's part of our inquiry, to establish what was said, what the intentions of Thomas were in terms of his movements later that day and in following days."

Phillips lived on the farm with the three children, police said.

He also had a house in Otorohanga.

His mother Julia said their family was holding out for a good outcome and were surrounded by loved ones.

Their family was not involved in the search operation, she said.

Marokopa was a small community with some permanent residences and some bach owners.

"People know the family so we're just hoping for the best outcome.

"It's been a really tough night, storm-wise, and it is a tough environment on the west coast."

People in Marokopa said they were happy to help with the search for the missing family if need be.

Today, a Marokopa resident told RNZ they had seen a helicopter searching up and down the coast.

The resident said it was a rocky, rugged black-sand beach with no cellphone signal.

Police are appealing for anyone who has seen the missing group to contact them on 105.