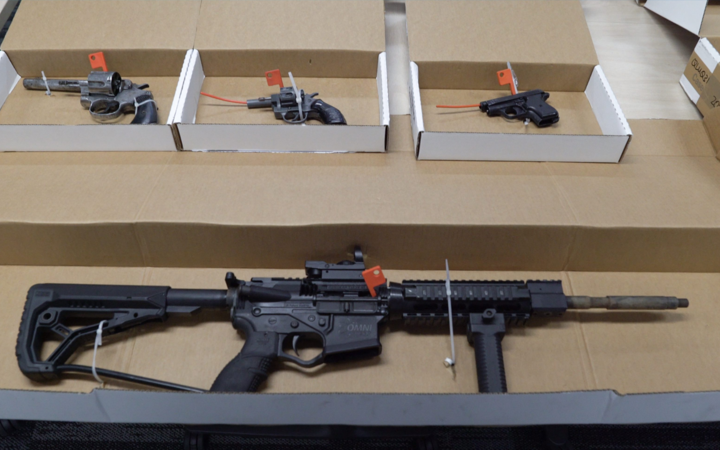 Some of the guns police seized following a major operation in Auckland in February. Photo: Supplied / NZ Police

Operation Tauwhiro will be extended by six months, with nearly 1000 guns, 865 arrests and nearly $5 million seized in the first six months it has been running.

"The operation is also reducing harm by removing firearms from criminals and preventing them from getting firearms in the first place."

This work continues as investigations into a range of associated offending are ongoing, he said. 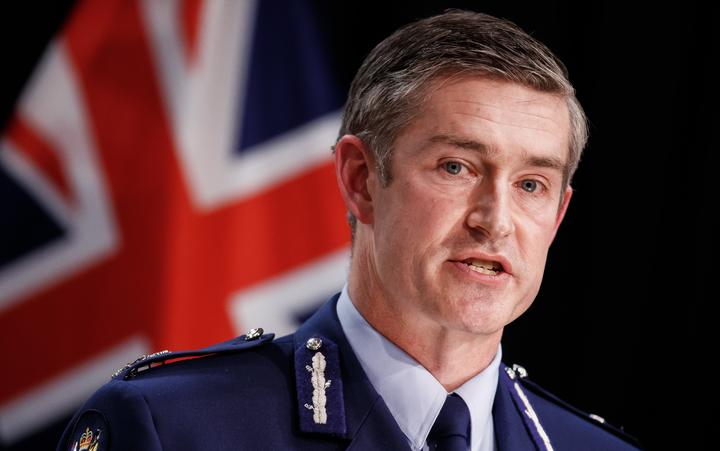 The police are also working with communities to reduce the social harm caused by organised crime and gun violence.

Initiatives varied around the country but examples include a community forum held in Māngere to discuss solutions to gang tensions and gun-related crimes in the area.

In rural communities police have been partnering with local providers to educate people about aspects of safe firearms use, ownership and their responsibilities.

"We appreciate the positive conversations we have had, and continue to have, with our partners and the community," Coster said.

Police Minister Poto Williams said Operation Tauwhiro has succeeded in getting gang leaders off the streets.

"Gangs destroy lives, but we will not let them destroy communities. This government is very clear that violent gangs and other criminals cannot continue to threaten, intimidate, and exploit our communities," Williams said in a statement.

She said the government is committed to introducing Firearms Prohibition Orders that will give police new powers to seize assets from criminals.

In the last four years $500m in cash and assets has been seized from gangs, she added.

Anyone with concerns about organised crime or illegal possession of firearms can call police on 105 or talk anonymously to Crime Stoppers on 0800 555 111.

Operation Tauwhiro will run until 1 March, 2022.