A late change to school holiday dates would see "a few stressed out teachers hitting the wall" and likewise for students, an Auckland secondary principals' leader says. 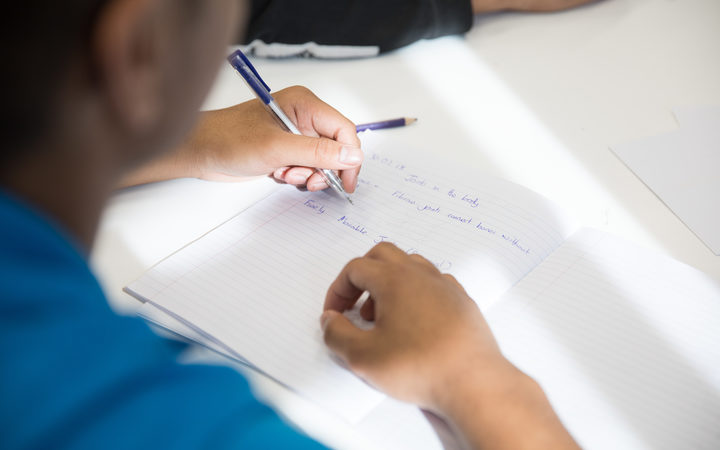 Education Minister Chris Hipkins is seeking advice from ministry officials on bringing forward the holidays after concerns were raised by some parents that students have missed too much class time because of level 4 restrictions.

Tāmaki Makaurau is likely to move out of level 4 next week, subject to Cabinet confirmation, but at level 3 most students would still be learning from home.

If that runs into the school holidays, starting on 2 October, Auckland parents would have had nine weeks with children learning from home.

Auckland schools had already shuffled their work for lockdown, and there was little appetite for unpicking study planning and key deadlines in what would be a "very, very short period of time", he said.

"When we moved the holidays last lockdown, the one back at the beginning of last year, that was probably the single decision that was least effective and least well-received by the sector because it was thrust upon [them] at the last minute."

Students he had spoken to did not appear to be keen to move the holiday dates either.

"Students want to resocialise with their peer groups, meet all their friends. They're more a liberty to do that at level 2 during the holidays which is what they're aiming for, rather than if school was in."

Auckland Secondary Schools Principals' association president Steve Hargreaves said he wouldn't want to see the holidays brought forward only to have the start of the fourth term still under alert level 3.

"Then we just end up with a disjointed term 4 as well."

Only one of 20 principals he has spoken to supported the idea.

Exams were running online now and next week, NCEA internal assessments were due through to the end of the term, and the start of the fourth term had been planned as well.

"If there was another change I could see a few stressed out teachers hitting the wall and likewise for the students."

"We haven't had any indication from schools that there was an issue around the length of the term."

Staying with the existing dates gave certainty and consistency, he said.

Of Auckland primary and schools principals, 93 percent of those surveyed wanted the date to stay the same.

"We are very appreciative of parents learning alongside their children who are younger and not as independent."

Children thrived on routine, and to have change at this late stage would be really disruptive, he said.