The uncle of a man missing with his children on a remote stretch of the Waikato Coast says the family thinks he may have just gone with them into the bush for a few days. 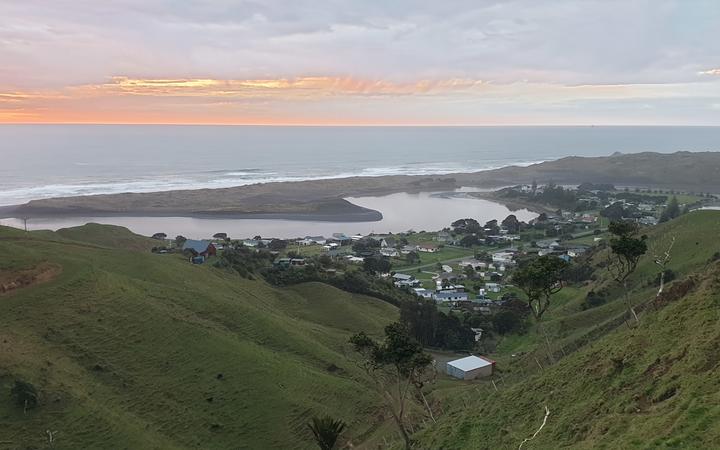 Phillips and the children were at the family farm at Marokopa on Saturday. Photo: RNZ / Robin Martin

Phillips' vehicle was found south at Kiritehere Beach on Sunday by members of the public. They informed the family who alerted police on Monday morning.

An extensive hunt along the coastline and in dense bush has failed to find any sign of them.

This morning police said drones using thermal imaging technology did not spot anything of interest in the Marokopa area last night.

Waikato West area commander Will Loughrin said the search and rescue today would involve ground searches of Marokopa and Kiritehere and enquiries to determine the family's movements.

Paul Phillips said his nephew was homeschooling his children and the family was hopeful he had just taken them out into the bush for a few days.

"We're not sleeping a lot at the moment, obviously we're worried about what is going on," he said.

Thomas had custody of the children and had been looking after them for the last three years, after returning from the South Island when his marriage did not work out.

He said Thomas had been farming and done fencing contract work in the South Island, and now worked for his father on his farm. The children's mother was in the Otorohanga - Te Kūiti area at the moment.

Thomas also lived in a house his parents bought him in Otorohanga so the children could go to school, but had decided to homeschool them, his uncle said.

"My brother and sister-in-law are very positive about this, they don't want to think the worst."

"I struggled, initially, but spending some time with by brother and sister-in-law last night has made me realise there are options."

He said Thomas is a "dedicated dad who looks after his children really well".

He said he naturally feared for his nephew and children when the truck was found by the water.

"The sea was pretty rough down there at that particular time, I think a two-and-a-half metre swell, so they could have been on the rocks, and could have been caught by a freak wave or anything."

Paul Phillips said the Coastguard would be doing a shoreline search today.

His nephew was a competent bushman and a keen pig hunter, he said. There was nothing specific that would have made his nephew leave, as far as he was aware.

The search of the western Waikato coast resumed about 7am.

Police said current weather conditions had not made it possible for either the Eagle helicopter or the Coastguard NZ fixed-wing plane to begin searching, but this was being continually reassessed.

A Fire and Emergency NZ team and police are operating drones in the area.

Police are appealing for sightings, particularly any movements of his 2004 silver/grey-coloured Toyota Hilux prior to it being located on the beach at Kiritehere on Sunday.

"Police remain focused and committed to finding Thomas and his children and bringing them home, and we continue to work with and support their extended family," Loughrin said.

Thomas Phillips' mother Julia said the family was holding out hope her son and the three children will be found soon.