Two people have been arrested and charged after a security guard at Takanini Pak'nSave was assaulted. 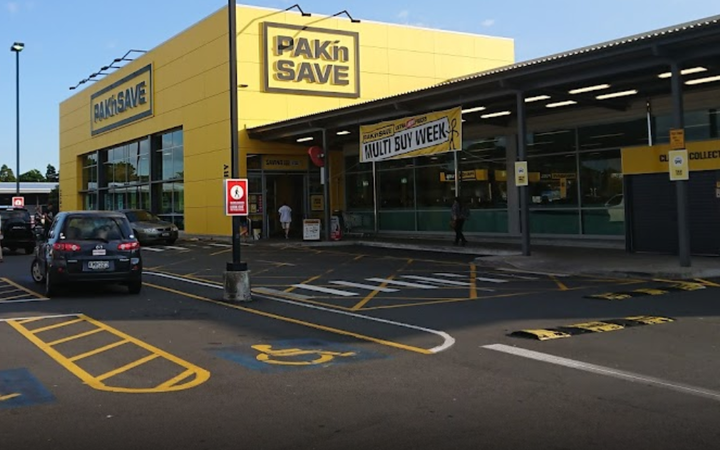 In a statement, police said a woman had refused to wear a face covering and became aggressive, then left the store but she returned later with two men.

She then punched the guard, and the two men chased the guard with weapons, police said.

They said a woman, 26, had been arrested and charged with failing to wear a face covering, and a patched Black Power member - a man, 33 - was charged with assault with a weapon.

"Police will be conducting reassurance patrols at the supermarket today and to ensure there is support available for the victim in this matter," they said.

"Police have no tolerance for this behaviour, particularly towards essential workers going about their work who should not have to tolerate this kind of act."

Countdown supermarkets have also reported an increase in assaults on staff across the country, saying it was around the rules to wear masks.

Police said there were other cases of people failing to comply with public health orders, with 73 people charged with a total of 77 offences since alert level 4 came into force, and 165 given formal warnings.

There were also cases of people trying to cross the Auckland boundary.

A woman, 33, was arrested in Whangārei and charged after travelling there from Auckland. Police said she had been turned around after trying to leave the supercity, and was believed to have then travelled on private property to avoid the police checkpoint.

She is due to appear at Whangārei District Court on 23 September.

A 25-year-old man in breach of his bail conditions was also arrested after being stopped on State Highway 1 in Kauri, having driven through the checkpoints from Auckland into Northland.

He had deliberately misinformed the officers, saying his bail conditions had changed, police said. He is due to appear at Papakura District Court on 4 October.

One man attempted to enter Auckland region from the south, claiming to be going to collect a prescription at a pharmacy. He was refused entry after police checked with the pharmacy.

Police said a total of 102,075 vehicles had been stopped at the 10 checkpoints between 1 September and midnight last night, with 1267 of those turned back for non-essential travel.

The majority of vehicles, 83,332, were stopped on Auckland's southern border.