The LynnMall Countdown is likely to reopen tomorrow with increased security measures - a week after the terror attack which left seven people injured. 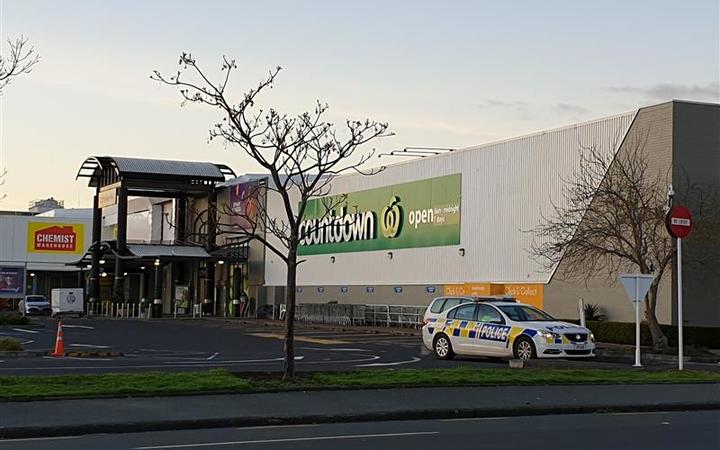 The west Auckland supermarket in New Lynn has been closed since Ahamed Samsudeen picked up a knife and stabbed several shoppers on Friday last week.

Countdown spokesperson Kiri Hannifin said the company had purchased body cameras to curb a surge in violence and verbal abuse towards staff.

She told Checkpoint the incidents had been compounded by lockdown and the terrorist attack.

"The aggression that we're seeing all the time - it's anybody, it's about people's behaviour.

"In the last few days since Friday we've had some terrible verbal abuse ... related to that incident on Friday night and ... that's just awful. It's hate speech.

"I really would like those people prosecuted for what they've said to our people.

She said abuse in stores this year was worse than the previous Auckland lockdown in August 2020 - which was a 600 percent increase in violence.

But she said abuse was up across the country and mostly it was around the rules to wear masks.

"We had a psychical assault today ... we had an incident in a South Auckland store where a team member was punched down the aisle. It's physical and it's verbal, it's been a tough month.

"We had a store manager slapped at the weekend.

"[It] makes me feel very distressed and sick to my bones."

Hannafin said the 26 staff on shift during the LynnMall attack were still upset, and a couple were uncertain about returning.

"I think there's a couple who aren't quite ready to come back, which is completely fine. We found that in Dunedin as well.

"Some people want to come back because it's normality and it's with their friends."

She said there were daily check-ins with staff and professional support.

Hannafin said there were financial incentives for staff working through the level 4 lockdown, like 10 percent extra pay, and 10 percent off groceries.