National's leader Judith Collins is calling for a public inquiry into the terror attack at an Auckland supermarket, and has appointed Mark Mitchell as Counter-Terrorism spokesperson. 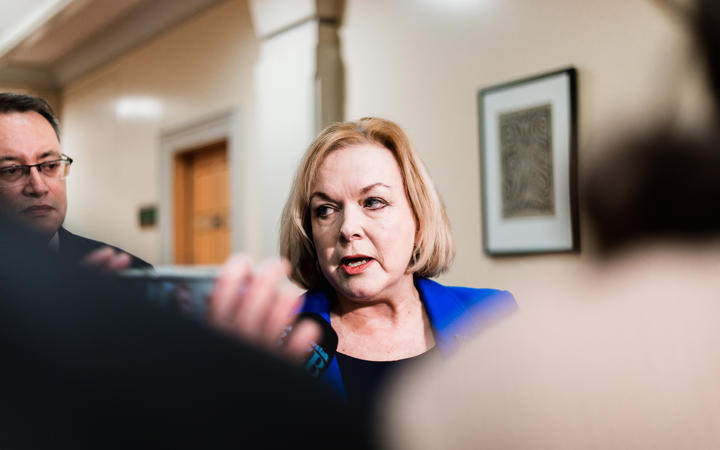 Party leader Judith Collins told media little had been done after the inquiry that followed the 15 March 2019 Christchurch mosque shootings, and the latest attack had highlighted some vulnerabilities in immigration and counter-terror law.

"After Christchurch, the government rightly called for a Royal Commission. From that commission came an extensive report with many recommendations. Unfortunately, little has been done to advance these," she said.

"No work has been done on establishing a Counter-Terrorism Agency as is a key recommendation of the Royal Commission. The purpose of which is to establish clear leadership and accountability as well as ensure cross-agency cooperation.

"That is why I have today written to the prime minister to call for a public inquiry into the September 3rd attack."

Collins said she did not believe the threshold for a Royal Commission would be met in this case, and a public inquiry resulting in a report to the House of Representatives would ensure a level of accountability and transparency.

"Particularly when we've had a thorough inquiry from the Royal Commission ... a public inquiry in this case is a better fit in my opinion."

She said on reading of the Immigration Act and the UN Convention on Refugees, there appeared to be a case for the man to have been deported if they were a threat to national security.

"But that removal has to be by way of an Order in Council, and as we know that is basically the Cabinet deciding that he is going to be removed specifically and that order in council being signed by the governor-general. So that takes it out of the realm of appeals and everything else."

The party wanted to know why the man could not be deported despite four years of the government working to do so, what the legal advice had been around that, and what other steps had been taken that could have prevented the attack, she said.

"Clearly the national security of New Zealand must come first, particularly when you've got someone who is a known national security threat ... is this a gap in the law? Does this need to be fixed? Let's be straight up with each other and across Parliament as to what the issue is so that we can do a better job for everybody."

She said it was very clear from select committees that interoperability between different agencies was a serious concern.

"I've been asking questions during the ministerial statement from Minister Little on what work was being done on the Counter-Terrorism agency and it was very clear from him that almost nothing has been done," she said.

Little had said the work was "ongoing", and its purpose was to ensure functions that already existed could be concentrated in a single entity to enable strategic work on issues of national security and intelligence.

"It is not a substitute for the agencies that we have at the moment, and it is the work of the agencies, the SIS in particular, that has been assiduous and has kept very close tabs on this particular individual and has supported the police and all those others involved in keeping the community safe," he said.

National MP for Whangaparāoa Mark Mitchell would be the party's new Counter-Terrorism spokesperson, she said, a new role in which he would shadow Minister in charge of the Royal Commission Andrew Little. 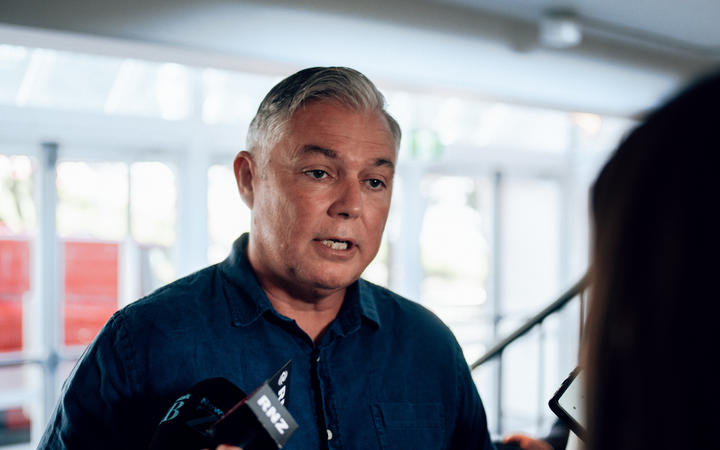 "Mark spent 14 years in the police force, 11 of those years were spent on specialist squads including Armed Offenders Squad and Police Dog Section ... Mark also has experience in overseas conflict zones. He has led protection units in Iraq and was headhunted to deploy with the Iraqi Tactical Support Unit which focused on anti-terrorism operations," Collins said.

"He has advised many governments including the US, British, Italian, Japanese and Australian ... has worked with America's Deputy Secretary of State and Defence at the Pentagon on operations, and of course, he was New Zealand's Minister of Defence in the previous National government. I am confident that Mark's expertise will be an asset to New Zealand as he leads the work we have committed to doing in working with the government to better protect New Zealand from Terrorism."

The role would add to Mitchell's Public Service, Sports and Recreation, and State-owned Enterprises portfolios.