A man who may have unknowingly helped funnel money to terrorists behind the Easter bombings in Sri Lanka has been granted refugee status in New Zealand. 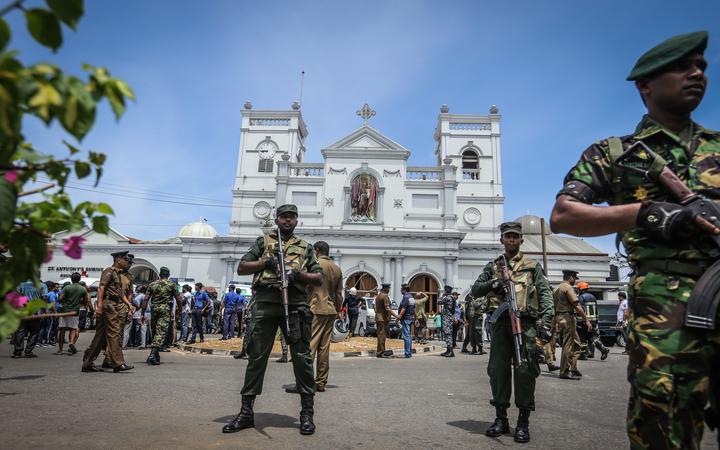 The Immigration and Protection Tribunal found the man was not involved in supporting terrorist goals and did not know who the money went to or came from.

It heard he carried out several transactions a month in a money transfer scheme involving his mother-in-law overseas and a foreign broker.

His Tamilian wife was arrested and beaten after the 2019 bombings as police tried to find him. She was released after a bribe was paid, and the couple went into hiding.

They flew to New Zealand on false passports, and were granted refugee status in June on appeal.

The tribunal ruled their evidence was "credible, consistent and compelling".

"Both the wife and the husband fear harm at the hands of the Sri Lankan authorities because the husband has been associated with a money transfer scheme which the authorities believe may have been connected to people involved in the Easter 2019 terrorist attacks.

"The tribunal is satisfied that the husband was not involved in the scheme to support Islamist terrorist goals or views, nor is he aware if any money he deposited went to, or came from, people who may have supported such views.

"Given the ongoing pressure the government faces to prosecute those responsible for funding and carrying out the attacks, it cannot be assumed that the authorities will not use torture and mistreatment to extract from the husband a confession or information that he does not genuinely hold."

The husband's knowledge of the money transfer business in which he was involved was "rudimentary", it said. He was not a broker but a courier who retrieved the cash from brokers in Colombo and deposited it at banks, with account details given to him by a foreign broker via his mother-in-law.

It was a side business that lasted almost a year but the authorities saw him as a traitor, he told the tribunal.

"Although the husband is Sinhalese, [the overseas] broker was a Sri Lankan Muslim, and the fact that the wife's sister is married to a Muslim may have also raised flags for the authorities.

"Based on what the police told his wife, the authorities believe that he has helped finance terrorists involved in the Easter bombings. The husband thinks it might be possible that some of the accounts into which he deposited money were somehow linked to people involved in the attacks, but he has no idea about this nor does he have known connection to anyone associated with the attacks."