A service to commemorate the 20th anniversary of the 9/11 terrorist attacks has been held Christchurch today. 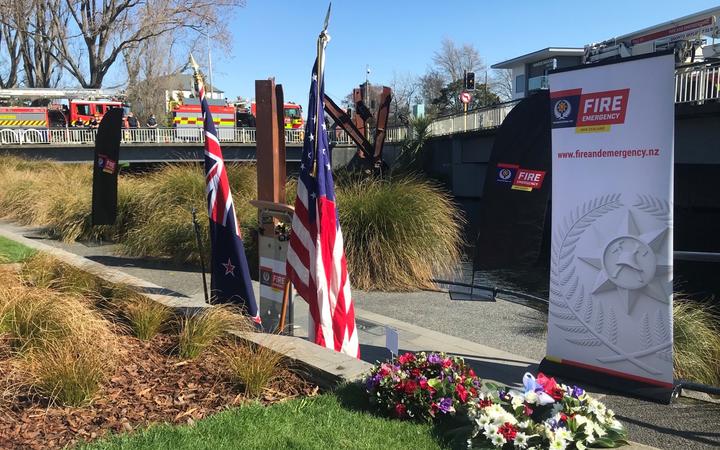 The memorial is marked by steel salvaged from ground zero from tower two of the World Trade Centre and was gifted to the Fire and Emergency New Zealand acknowledgement of there help at the scene in the weeks that followed the attack.

Christchurch mayor Lianne Dalziel told the small gathering she was overwhelmed with the memory of the 9/11 attacks and the subsequent terror attack that had happened in Christchurch since then and acknowledged the trauma the city had been through.

Fire and Emergency NZ head Paul Henderson paid tribute to the first responders of 9/11 and to those in Christchurch, saying the city had had its share of trauma over the past 10 years.

US Embassy in Wellington acting deputy chief of mission Sarah Spodek said there was still a lot of raw emotion 20 years on from the 9/11 terrorist attacks.

Spodek told the small gathering terrorism was not just about detruction, it was about sowing seeds of fear.

But people had to band together and hold on to hope, she said.

Spodek said it was important that 9/11 was remembered.

It was the only in-person service in New Zealand after the ceremony in Auckland had to be cancelled due to the Covid-19 alert level 4 lockdown. 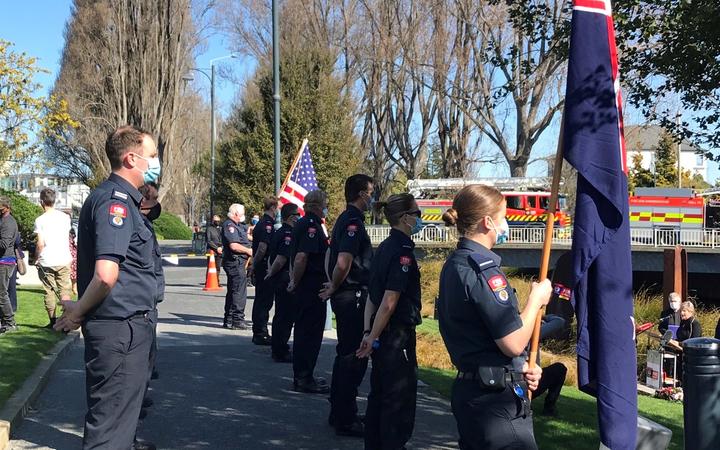 NZ firefighters form a guard of honour at the site of the memorial this morning. Photo: RNZ / Belinda McCammon