Housing affordability has declined to its worst levels in 18 years, putting homeownership out of reach for more and more New Zealanders. 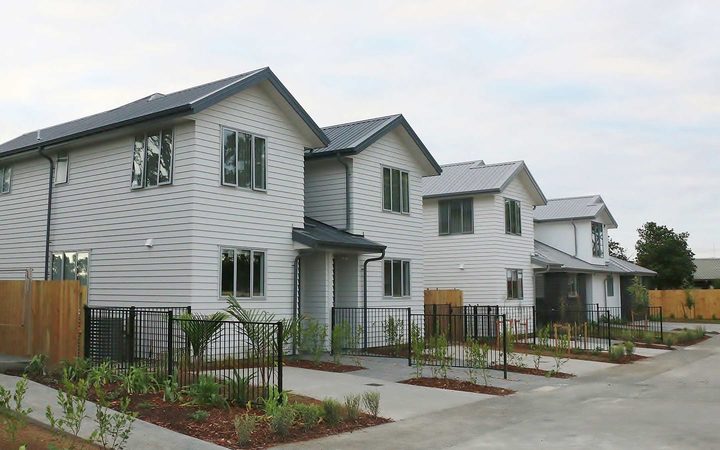 CoreLogic's biannual housing affordability report shows the average property value has risen to nearly eight times the annual household income - which is well above the long-term average of 5.8 times.

It occurred as property values rose 15 percent in the first six months of the year, while the gross average household income lifted a mere 1 percent.

"Even though mortgage rates have remained very low, albeit they're now starting to rise, housing affordability has simply become worse, and that's from an already stretched position," CoreLogic chief economist Kelvin Davidson said. 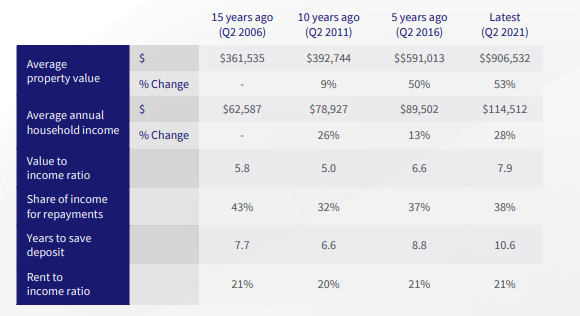 The report also found that it now took 10.6 years to piece together a 20 percent deposit for a property, up from 9.9 years.

This is almost three years more than the long-run average of 7.8 years.

"Mortgage repayments are now back to levels not seen since early 2018, when typical fixed mortgage rates were much higher, above 5 percent."

Repayments were set to comprise a larger part of households annual income with interest rates set to rise later this year, he said.

Davidson said it would take about five years for the raft of measures brought in by the government and the Reserve Bank to help cool the market and slow down house price growth.

In the interim, he said it was conceivable that house prices would rise further.

"[This] could see affordability metrics decline further in the next three to six months, particularly with the added threat of continued interest rate rises."

This would serve to push up mortgage repayments in the near term, he said.

He was picking that by the later stages of 2022 house price growth should slow to a point where there was an improvement in affordability.

"That said, even with housing supply expanding, a return to 'normal' for most affordability measures looks likely to be a long grind."

Tauranga and Auckland were the country's least affordable main centres, requiring 49 percent and 43 percent of household income respectively to service a mortgage with a loan to value ratio of 80 percent.

Christchurch was comparatively low at 28 percent.

"Of 66 main authorities, 49 currently have a value to income ratio at its highest recorded level, going back to 2004," Davidson said. 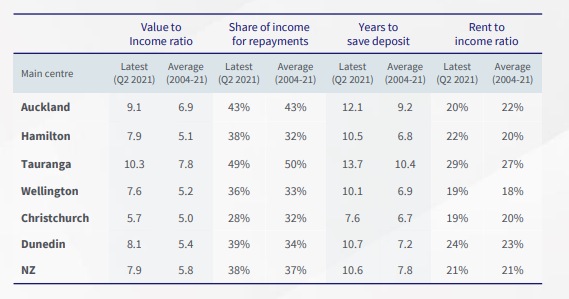