The rate of house price growth has slowed to levels seen prior to the pandemic, but price falls remain unlikely. 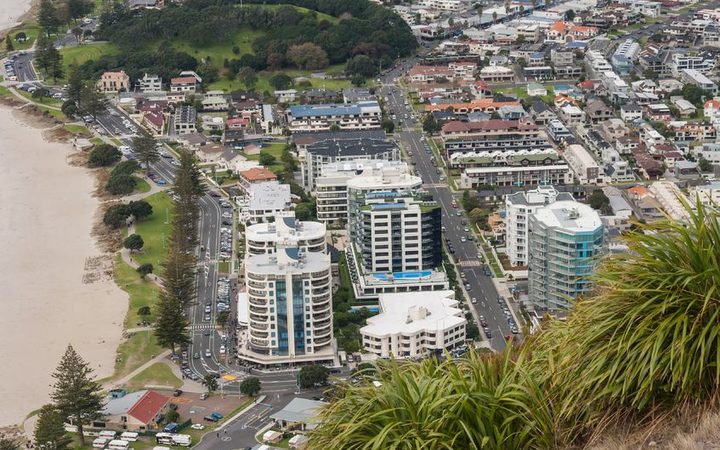 Average house values in Tauranga City rose 5.1 percent in the three months to the end of August, according to QV figures. Prices rose in all 16 of the regions QV monitors. Photo: 123RF

The annual growth rate was slightly higher at 26.6 percent, with the national average value now at $963,046, while the average house price in Auckland was up nearly a quarter on a year ago to $1.37 million.

"This is the fourth month running that we've seen a reduction in the nation's rolling three-month average growth rate, so the market has clearly been cooling."

He said growth rates were now at the levels we saw last year, prior to the country coming out of the first lockdown.

Nagel said it would be different this time around, as interest rates were slated to go up, loan to value ratios had already been introduced and house price inflation, coupled with credit availability, had priced property ownership out of the reach of most New Zealanders.

"More likely, we'll see a soft landing for the current growth cycle, with the market settling into a new norm closer to the rate of inflation." 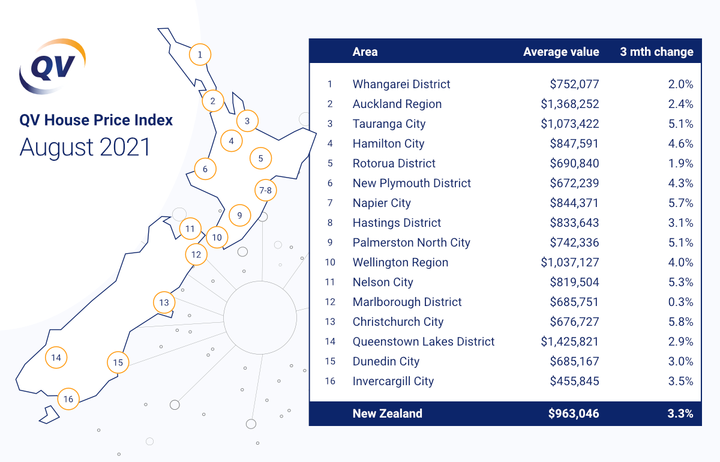 Property prices rose in all 16 of the regions QV monitors.

Christchurch recorded the strongest three-month change, up 5.8 percent to $676,727, followed by Napier at 5.7 percent.

Marlborough District saw the weakest growth of 0.3 percent taking prices to an average value of $685,751.