Almost 1000 people have been vaccinated at the first day of a pop-up clinic targeting young Māori and Pasifika in Dunedin. 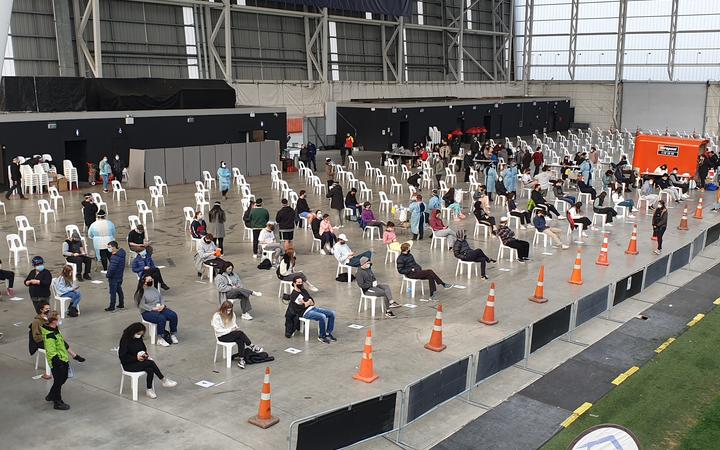 The two-day clinic at Forsyth Barr Stadium is being run by Ngāi Tahu-owned Te Kāika, with support from Te Roopū Māori and the University of Otago Pacific Island Students Association.

The clinic has capacity to vaccinate more than 3000 people a day and it is hoped more will turn up tomorrow when it opens at midday.

Almost 62 percent of cases in the current outbreak are among those aged under 30.

"Although we're not in South Auckland and we're not in Wellington or Auckland in general, their kids are here. Their family members are here and not only that - we've got a play to play. That's our way of acknowledging how serious the pandemic is and I just wish there was more value put on us having this done earlier."

The perception of young people, and young Māori and Pasifika in particular, not doing their part to combat the pandemic was wrong, Lama said.

This two-day vaccination drive gave them a chance to prove it.

"I think for us this is the best thing we can do right now, to ensure we get vaccinated," she said.

"But in doing that, we want to address any anxieties and concerns that students have in regards to this Covid vaccine. So we are trying to provide a space that's culturally safe and also show a Māori and Pacific-led space is open to everybody." 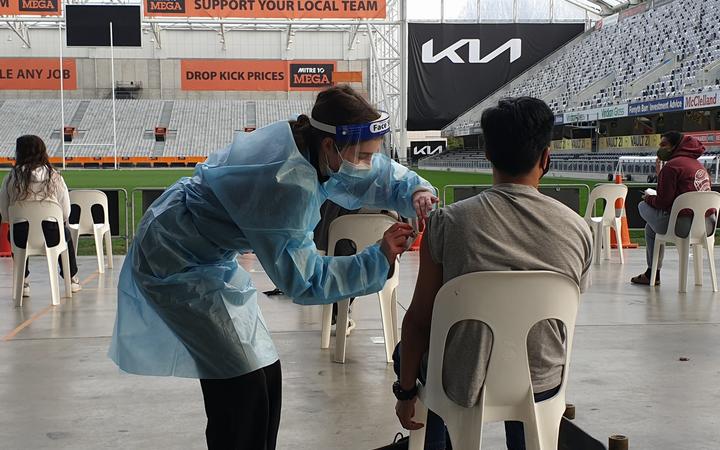 A person has a dose administered at the event. Photo: RNZ / Tim Brown

To that end, she was leading from the front and already had her first dose.

"I was in the same boat - feeling a little bit anxious about going and getting vaccinated. And what's important to us is seeing our whānau and friends and our community is there to support us and encourage us to get vaccinated."

A team of 300 student volunteers put their hands up to assist to get their peers to the clinic and check in on them after the jab.

It was another example of young people doing their bit to fight the pandemic, Pēwhairangi said.

Twenty cases of the current outbreak were now linked to Auckland University of Technology and many sites around the campus were flagged as locations of interest.

"Student life involves coming together in class and if there's a chance we are actually helping to mitigate that risk then I think that's money well spent and resources - vaccine - well utilised."

Among those getting their vaccines were University of Otago students Te Awanui Waaka and Hinemoa Watene.

The pair, both originally from Te Ika-a-Māui, said it was about protecting the community. 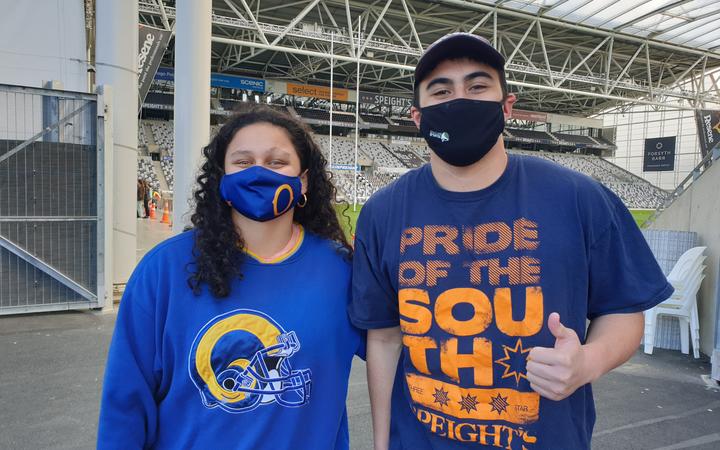 Hinemoa Watene and Te Awanui Waaka were among those who got a dose. Photo: RNZ / Tim Brown

"I did it not only for myself but for my whānau and family really, as well as for New Zealand to be vaccinated and get out of lockdown and get back to normal," Waaka said.

"I just wanted to play my part as part of this community and to give back to those who've been working hard behind the scenes - our frontline workers - to make sure their whānau are protected," Watene said.

The clinic will be operating at the stadium again tomorrow from 12pm to 7pm.