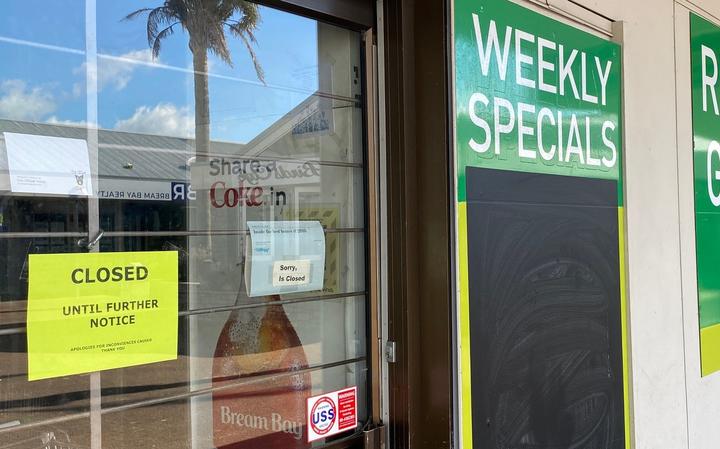 A closed sign in a Northland storefront during a lockdown earlier in 2021 (file image). Photo: RNZ / Katie Todd

Last week, it decided Te Tai Tokerau would be kept at alert level 4 with Tāmaki Makaurau when restrictions ease for most of the country at midnight tomorrow.

That disappointed many in the north, where there have been no community cases.

The government decided to keep Northland at a higher alert level because of one case detected in Warkworth - which falls in the northernmost part of Auckland - but the decision will be reviewed when Cabinet meets this afternoon.

"Most of our fingers are crossed that the decision will be made to revert us from Wednesday along with the rest of the country, we believe that's the right decision."

"In an ideal world, the government will make a very clear decision about Northland, it would go to level 3 this week."

Officials were looking at ways Northlanders could travel south if they had a lower alert level than Auckland, he said.

"Absolutely it's practical. It's just merely a matter of putting the machinery in place to allow that to happen, and it's being worked on as I understand it, right now."