The number of MIQ rooms available for regular New Zealanders desperate to enter the country has been falling since earlier this year, as hundreds are empty at any one time due to a "cohorting" system. 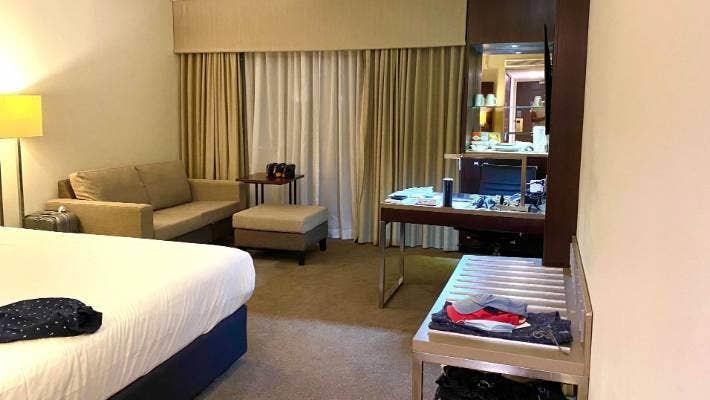 The 'cohorting' system means that an MIQ facility is open for new returnees for a window of up to 96 hours, and then locked down, with no other returnees coming in during the 14 days. Photo: Supplied

Figures provided by Covid-19 Response Minister Chris Hipkins show the number of rooms booked on the MIQ website in July had dropped by more than a third when compared to earlier in the year.

The Ministry of Business, Innovation and Employment (MBIE) which runs Managed Isolation and Quarantine (MIQ), said a range of policy and allocation changes have come in this year which both help keep the country safe from Covid-19 as well as support the country's economic recovery.

In February and March this year, 6800 and 7600 rooms were filled by the general public, booked through the Managed Isolation Allocation system website. This number excludes all special allocations.

There was less demand in April and May, and many rooms went unfilled.

But by June and July, demand was higher. However the number of rooms filled by the general public had fallen to 5177 (June) and 4723 (July). The peak in March rooms to the July figure represents a drop of 38 percent.

"That's absolutely unacceptable in our view," said Alexandra Birt, a spokesperson for the group Grounded Kiwis - those stuck overseas, struggling to secure an MIQ room due to the competitiveness.

"When you consider that many of these returnees are vaccinated ... it's extremely difficult to see how the government justifies the position that the supply of those rooms should have decreased."

Earlier in August, MBIE said there were nearly 20,000 unique users on the website every day. Even at the peak this year in March, on average just 245 rooms were available a day - over 70 times more people can be looking for rooms than there are spaces available per day.

One of the changes to managed isolation is what MIQ calls 'cohorting'. A managed isolation facility is open for new returnees for a window of up to 96 hours, and then locked down, with no other returnees coming in during the 14 days. This is so new entrants do not infect people just about to leave.

"Cohorting was introduced on Public Health advice across April/May to remove the risk of people early in their stay with undetected Covid-19 transmitting the virus to people later in their stay who subsequently leave MIQ, as we saw occur in January," MBIE's joint MIQ head Megan Main said.

But it also leaves desperately sought after rooms empty - MBIE said 15 percent of all rooms are lost due to cohorting, amounting to hundreds of spaces every month.

"They need to be either creating more spaces, or at least utilising the ones they've got. The cohorting - to do that and then to leave 15 percent of the rooms unused for a fortnight is completely contributing to the problem," said another overseas New Zealander, who has been helping dozens of people book rooms when they have had trouble themselves. He does not want to be named.

Another reason is preferential treatment. Sports people are regularly given rooms by the government. Some have come in and out of the country multiple times.

Earlier this year, briefings to Sports Minister Grant Robertson show the government approved 60 MIQ rooms for foreign skiers to come in for the Winter Games in Wānaka.

Not only were the athletes granted the rooms, but the allowance included spaces for support staff, including foreign ski technicians, medics and media.

"I mean it's a real kick in the guts for those who have really heartbreaking reasons and difficult situations [from] which they're trying to get home."

He said the ski technician and media are jobs that could be easily done by New Zealanders, freeing up an MIQ room.

"Kiwis overseas who see things like that are livid about the whole situation. You either have to be an athlete or rich or otherwise you don't get a foot in the door and you have to sit there refreshing for 18 hours a day."

These rooms were never actually used by overseas Winter Games athletes, who decided that two weeks in MIQ was untenable anyway. The spots were eventually released back into the pool.

Robertson said the Winter Games allocation was approved by a group of ministers, and the bar for approving sports people, especially non-New Zealanders, is very high.

"Throughout Covid-19, we have allocated a small percentage of spaces in MIQ for cultural and sporting activities or events. Applications for these events are assessed for the economic, social or cultural benefits that they bring," he said in a statement.

"It is important to note that at the time of the application, there were spaces available in MIQ and the Government had publicly stated it would be a good time for New Zealanders to take up the opportunity and return home. Since then, demand for MIQ places has been high and the bar for consideration for requests to secure large allocations of MIQ places, particularly places for non-New Zealanders, is very high." 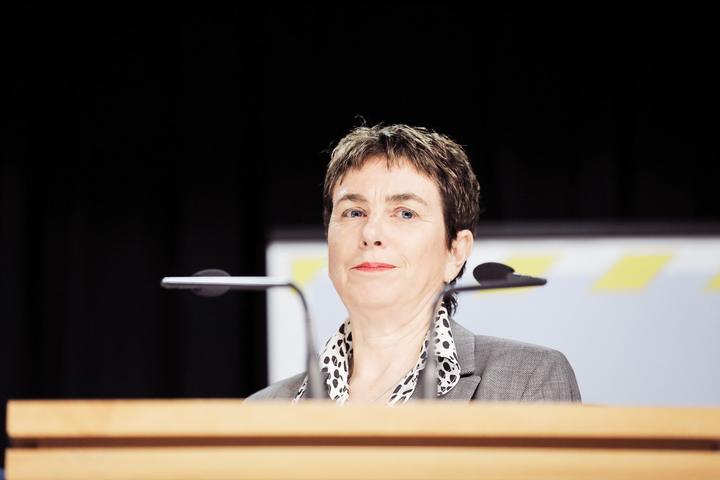 Main said the travel bubble has also been a factor.

"The allocation of MIQ rooms has changed since April, with the introduction of quarantine-free travel and a greater focus on bringing in skilled and critical workers through group allocations, to support the country's economic recovery," Main said in a statement.

"Cohorting was introduced on Public Health advice across April/May to remove the risk of people early in their stay with undetected COVID-19 transmitting the virus to people later in their stay who subsequently leave MIQ, as we saw occur in January."

The arrangement with Australia pushed up contingency needs by 500 rooms from April onwards, on top of the previous contingency of 400 rooms, Main said.

Between 350 and 500 rooms each fortnight are set aside for large groups such as sports teams, seasonal and construction workers, and refugees.

Maintenance also takes some rooms out of action, and in April the number of emergency allocation rooms increased from 250 to 350.

Around one in 20 rooms are empty due to people booking but simply not turning up, which MBIE tries to counteract.