An Auckland community has offered to hold a funeral for the baby girl whose body was found at a recycling facility last week. 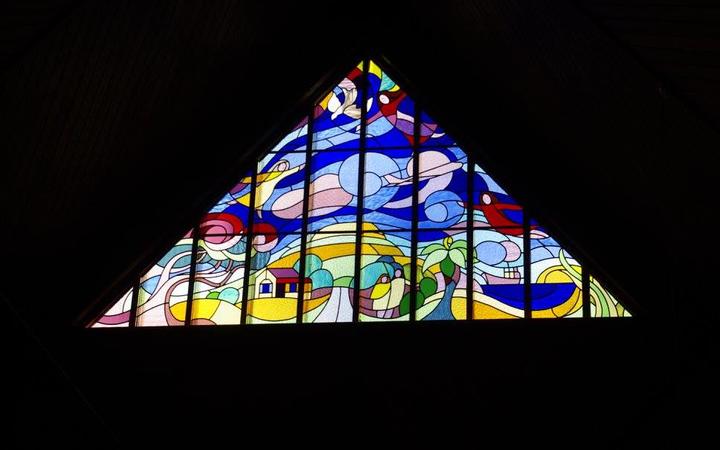 St Peter's Church in Onehunga, has offered to give the baby a funeral. Photo: Facebook / St Peter's Onehunga

The baby was found in the Auckland suburb of Onehunga on Monday evening last week.

Police are appealing for any information about the baby and have expressed their concerns for her mother.

Maungakiekie Tamaki ward councillor Josephine Bartley said it had been very sad to think the mother felt she had no other support or options - and the community wanted to show they cared.

She had been contacted by St Peter's Church in Onehunga, which has offered to give the baby a funeral.

"That is exactly why Onehunga is such a great community," Bartley said.

Bartley emailed police to see what could be done but understood they were waiting for the family to come forward.

"If they don't come forward then I'm hoping they will let us do this for the child and also for the mother," she said.

"No baby deserves to be left alone like this and no baby is alone, no one is unclaimed.

"Every baby deserves a beautiful send-off."

Bartley said there had been a huge reaction from people who were touched that the funeral offer had been made, and any service would have to wait until the lockdown lifted so they could participate.

She hoped that would also create a way to connect with the mother and the baby's family, so they could get the support they needed.

"Reach out - no judgement, just reach out."

Police said they were aware of the community's offer and that finding the baby's mother and ensuring her wellbeing remained their priority at the current time.

A post mortem carried out last week determined the baby was likely a newborn.

Detective Inspector Scott Beard said last Tuesday that they would not reveal specifics details of the post mortem findings, but it had caused police to have further concerns for the welfare and health of the baby's mother.

"We will be carrying out DNA testing in the hopes this might lead us to the mother or at least to someone who might know who she is," Beard said at the time.

"We must find the mother of this child and make sure she is okay. It may be that she requires medical treatment and without it, there could be serious consequences."