A 100-year-old was among those vaccinated against Covid-19 on the remote Taranaki-King Country boundary at Mōkau today. 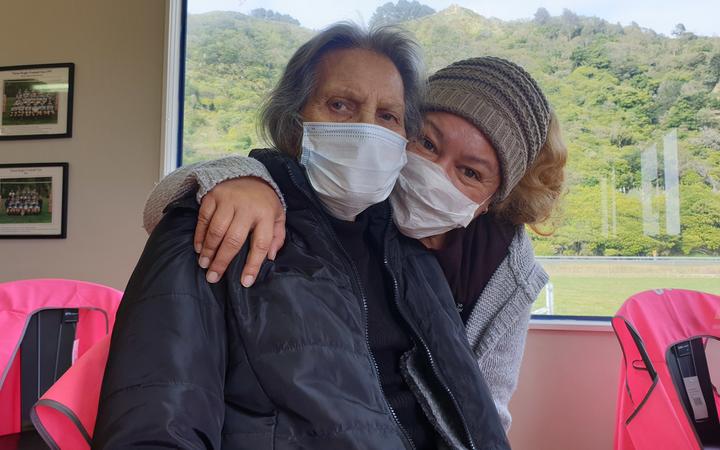 Mere Wihongi's old enough to remember the 1918 Spanish flu epidemic - which killed 9000 New Zealanders - and was adamant she was getting the shot.

Born in Northland in December 1920 Mere and her grand-daughter Chrisseann were among 100 people booked in to get vaccinated at the Tainui Wetere Domain. 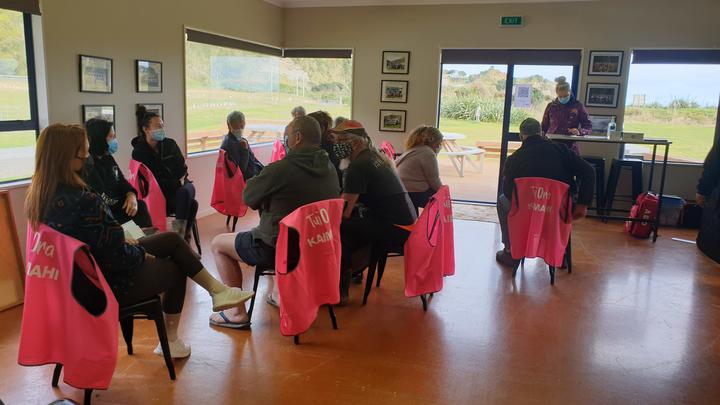 People waiting to get vaccinated at the Mōkau clinic. Photo: RNZ / Robin Martin

Chrisseann Wihongi, who was raised by her grandmother and now cares for her, said it was a huge day for Mere.

She said it was Mere who insisted on getting a shot after hearing about the latest outbreak.

"As soon as she saw Jacinda she said 'we need to get vaccinated now' so she has been pushing it.

"But everybody is so busy, so we're so grateful that Tui Ora could bring the service out to our small community so we feel like we're not forgotten and that we matter too." 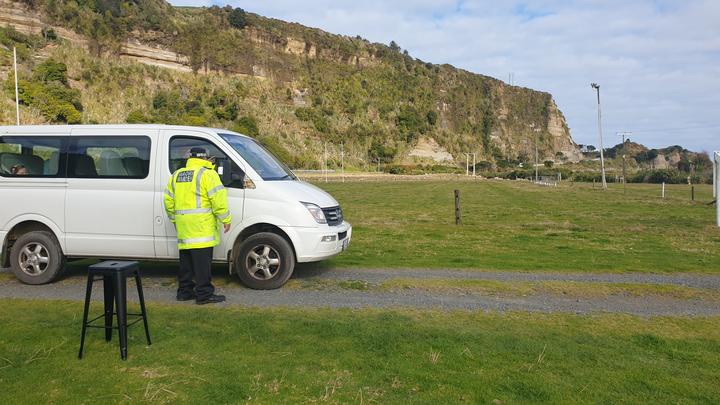 Taylor said it was important to bring the vaccine to remote communities such as Mōkau which had a permanent population of about 120.

"I think because people are isolated out here. You know there are people with transport but also many people that haven't got transport and if we didn't come here they probably wouldn't get the vaccine.

"There's a lot of Māori, a lot of vulnerable people here as well so we wanted to come and be here for them." 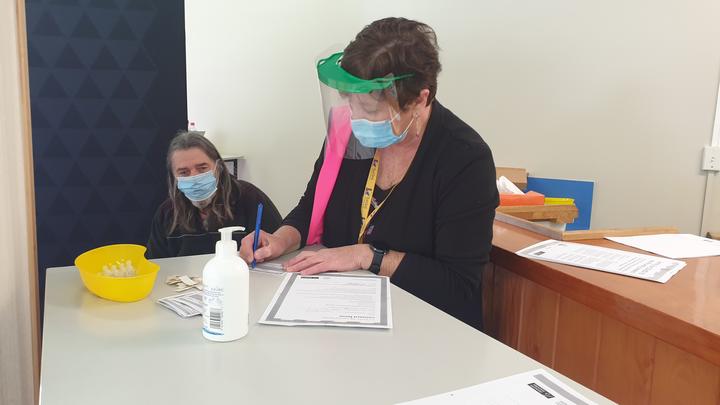 Tui Ora had 100 bookings but expected to vaccinate more people as families brought older children in with them.

Retired farmer Bob Warren's among those getting jabbed. He was clear on why he was there.

"Oh to get this jab and make things safe for everyone around us and keep everything safe."

He was rapt he did not have to make the one-hour trek to New Plymouth.

"Excellent, very good, excellent, eh, very good. Yeah very good. Catch up with all the locals, yeah. I always thought that, yeah. Thought that we'd end up in town." 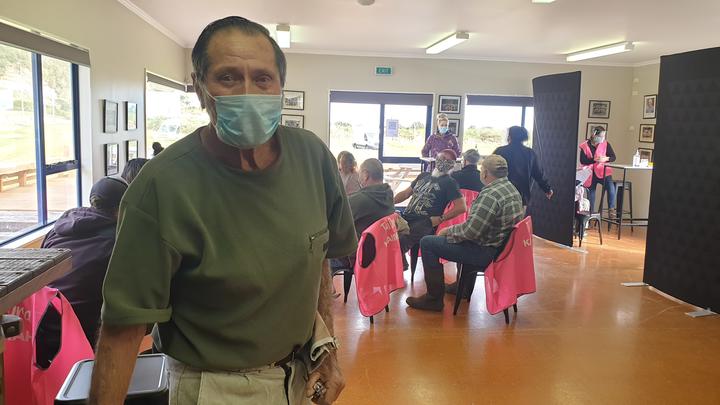 Semi retired farmer Bob Warren was rapt he didn't have to drive to town to get a vaccine. Photo: RNZ / Robin Martin

Sheep and beef farmer Steve McKenzie was on the same page.

"Oh it's awesome, it makes like a lot easier especially when we live this far out in the country we can't just pop into town and get a jab, so yeah, it's definitely good." 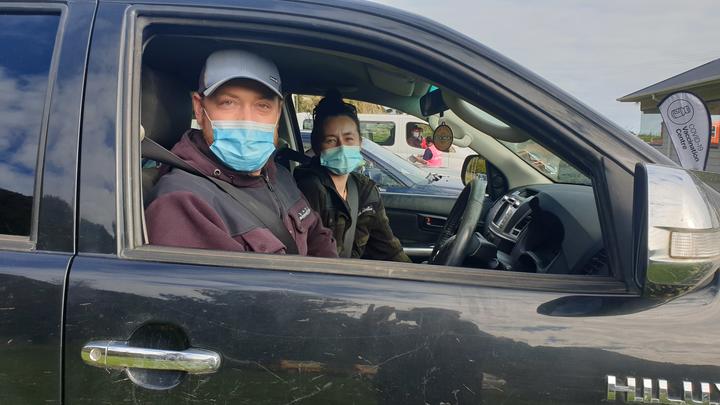 Jono O'Sullivan - who taught students in Myanmar online - could not fault the service.

"Brilliant it makes it so much easier. There's lots of older people in our neighbourhood, in our community, so I think this is very good. I'm pretty thankful actually." 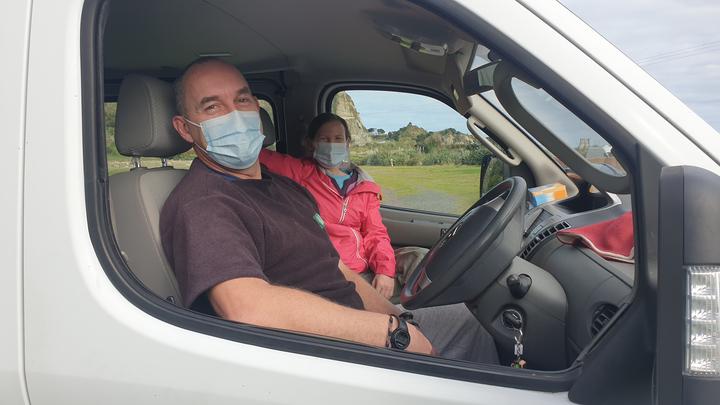 Tui Ora's Patsy Bodger was making sure everyone went home with a care package.

"So in these packs we've got hand sanitisers, soap, wipes, masks ... but there's no toilet paper, okay?" 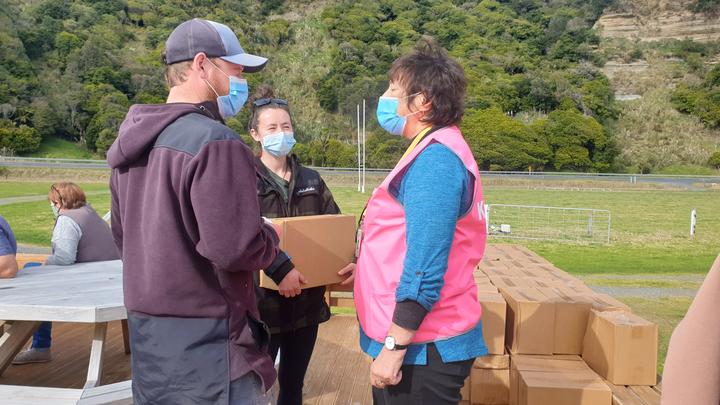 Tui Ora's Patsy Bodger hands over a care package to a couple after they have completed their observation period. Photo: RNZ / Robin Martin

Steve McKenzie senior thought he had lucked into something tastier.

"Some whitebait awesome, thanks a lot!"

Tui Ora will be operating similar pop-up clinics at Urenui and Ōpunake tomorrow.