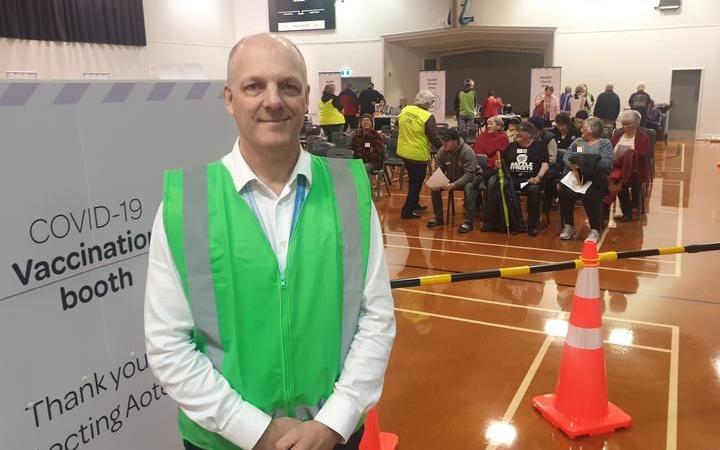 The Taranaki District Health Board is hoping to deliver 6000 Pfizer shots over two events in the town this month.

There was a jovial atmosphere in the queue at the Stratford War Memorial Centre - where dozens of predominately older residents were waiting to check in ahead of getting their shot.

Paul McIssac was happy to be in out of the rain.

"I've only been here what 10 minutes at the most and it's all right. It seems to be going quite well. People in, people out that's the way it's supposed to be isn't it? I think Jacinda [Ardern] will be happy."

Senior programme controller for the Taranaki vaccination rollout Stephen Parrish said things had not got off to the best start.

"It's been a tough start. We had some technology issues initially, but things are starting to run smoothly now.

"It took us perhaps the first hour to get into rhythm and now things are flowing, so you can see there's no real wait for the observation area.

"This morning it was 10 deep waiting just to get in there but now it seems to be flowing quite well." 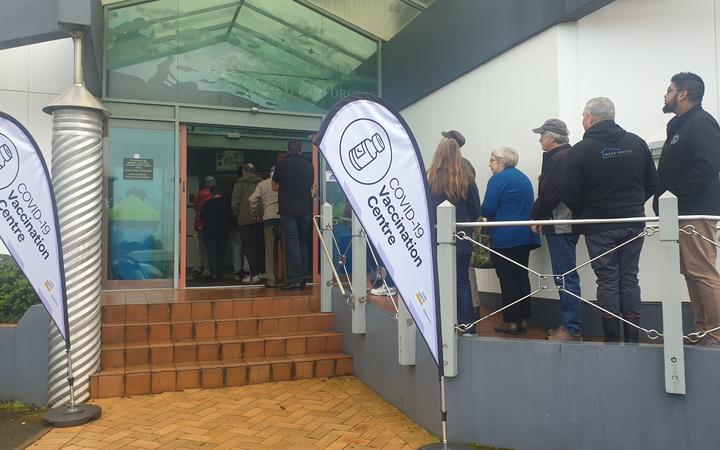 People had to queue up early on due to a technology glitch. Photo: RNZ / Robin Martin

Once computers were safely hooked up to the district council's wireless internet connection, he was confident of getting shots into hundreds of arms.

"We've got 1300 people booked in today, so we're fully booked, and then we've got 200 spares available should we need them.

Registered nurse Karena Taylor was one of the vaccinators and was taking it in her stride.

"I'm absolutely fine actually. I think we get used to it and even though it is repetitive you are meeting a new person every time you do it which adds something to it and we do try and have lots of breaks so we're not getting too tired.

Lisa Beckett was next up at her booth. 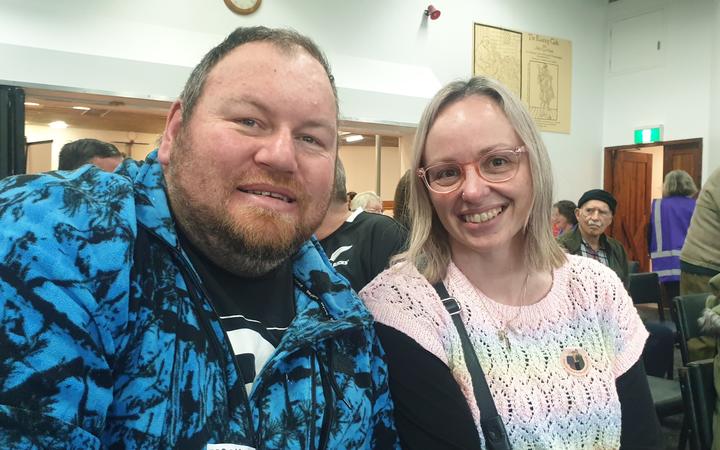 Lisa reckoned the mass vaccination clinic was a winner.

"It's amazing. It's highly organised and the sheer number of people getting through here today is just fantastic."

At 32 Ryan Rooney was one of the younger people in the room.

"I thought I'd just get in and get it done. I just called the 0800 number and booked in there and got my text yesterday to remind me and I'm here now." 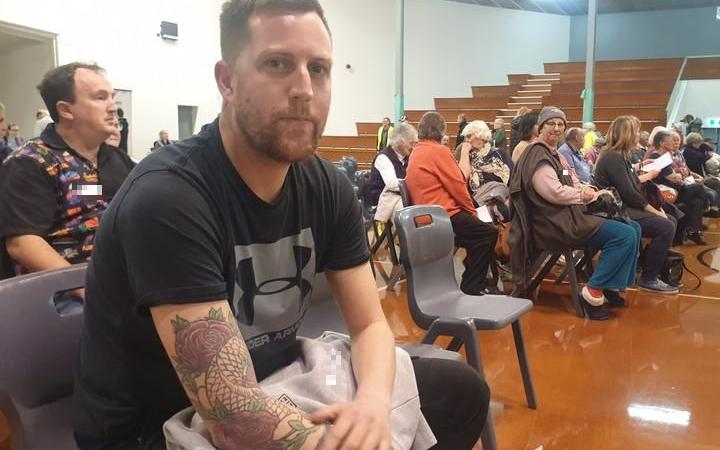 Ryan Rooney was pleased to receive his first dose of the vaccine. Photo: RNZ / Robin Martin

Over at the observation area, Lisa Beckett had reunited with husband Jason.

She reckoned the vaccination was a cinch.

Brendon Kelly was impressed too.

"It's been a carefree process really, a very carefree process. I queued for five minutes, but I was only 10 minutes out from my booking time which is pretty good. Very, very good, yeah.

He reckoned he would be back for the second inoculation.

"Too right I will. Don't you worry about that. I'll be in the front of the queue."

A second mass vaccination event is planned for Stratford from 20-21 August. 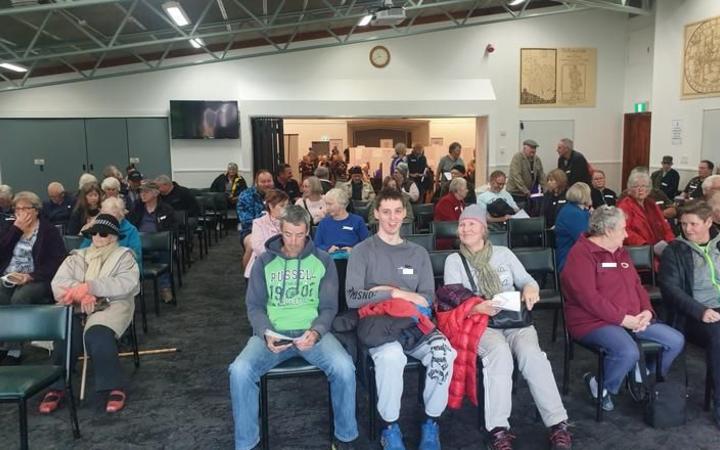 People wait in the observation area after their vaccinations. Photo: RNZ / Robin Martin