Businesses in the lower South Island are calling for greater certainty than the current drip-fed approach to lockdowns allows. 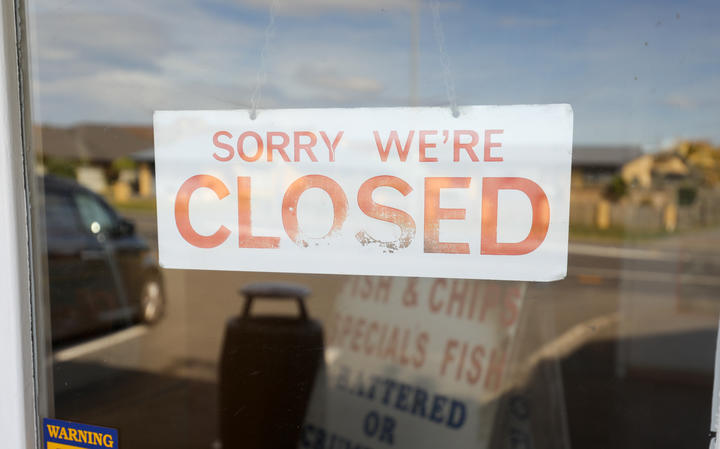 Some are even saying a longer lockdown, signalled right from the start, would have been preferable.

When Prime Minister Jacinda Ardern informed the country of the potential emergence of the Delta variant last Tuesday, she said a short, sharp lockdown was needed to combat it.

But a week on and businesses in the lower South Island say it is anything but short, though they are feeling the sharp end of it.

Fiordland Community Board chair Sarah Greaney, who was also a business owner, said the drip-fed lockdown had been unsettling for businesses in the area.

"We'd rather do a longer lockdown and do it in one hit, rather than being in and out of lockdowns or with continued uncertainty," she said.

"Sometimes I don't think the central government really understands what they do to people on the ground running small businesses, or even larger businesses, when they have a more haphazard approach to things."

The uncertainty surrounding the length of the lockdown meant business owners even faced stressful decisions around whether to take the support available - such as the wage subsidy.

"Many of them will need to access that wage subsidy immediately, but they won't want the complications of having to pay it back if we're not in lockdown for a fortnight," she said.

"So give us some certainty, give us some clarity and don't put additional pressure on to businesses - that's just going to make things more stressful."

Business South chief executive Mike Collins said feelings were mixed about whether a longer lockdown, signalled right from the start, would have worked better.

But many bigger businesses, with greater logistical concerns, were voicing that view.

"There is some frustration from some organisations around the concept becoming kind of drip-fed releases of how the lockdown might take. That is having an impact and causing a bit of frustration for businesses and I have talked to some organisations that would've preferred 'Let's just take a hit, if it's going to be two weeks then let's make that call up front' so they can actually plan."

The shorter lockdown periods had given some false hope and they were now on the edge of their seats for Friday.

The government was set to announce on Friday whether parts of the country, outside of Auckland, would move alert levels.

With no Covid-19 cases identified in the South Island during the current outbreak, many believed it was time for a drop in levels in the south.

Queenstown Chamber of Commerce chief executive Ruth Stokes said she saw no reason why the South Island would not be able to begin moving down the alert levels if no cases showed up by Friday.

"Come Friday night they're going to have a much more certain picture. We know they're doing all the wastewater testing, we know there's only a handful of people who are self-isolating in the South Island. So we're going to know one way or the other whether it's got out here or not," she said.

"So I think ... it's going to be a decision one way or another. It's going to be a significant extension as we've seen in Auckland or if the conditions are favourable it'll be a level change."

If an alert level change did not eventuate businesses would be looking for more support from the government, she said.

"If we go beyond Friday for a level 4 extension what businesses are actually going to be looking for is some surety and some confidence around the financial support that's available.

"The incremental financial support - the two weeks for the wage subsidy, the one week for the Covid resurgence payment - it's a tough ask for businesses like ours to work on a week-to-week, fortnight-to-fortnight basis."

Whatever the government decides on Friday, businesses in the south just want the Beehive to keep them in mind.