New Zealand will rapidly move to alert level four if a case of the Covid-19 Delta variant is detected in this country, Covid-19 Response Minister Chris Hipkins has confirmed.

Hipkins and Director-General of Health Dr Ashley Bloomfield are giving an update on the novel coronavirus and vaccines.

Hipkins warned that even the gold standard of contact tracing is not enough alone to control the Delta variant, as is being seen in New South Wales and the variant was continuing to "wreak havoc".

"Even the gold standard of contact tracing isn't always enough to keep the delta variant at bay. We've seen that in New South Wales where they've previously stamped out Covid-19 cases very efficiently with their contact tracing system alone, but they've not managed to achieve that this time. Sydney, Australia's largest city, is now in its seventh week of restrictions including stay-at-home order."

He said the government would continue to use contact tracing but would also look to escalate alert levels quickly - either regionally or nationally - if cases were discovered. With Delta, this means a rapid move to alert level four is more likely if cases are found.

"A short, sharp lockdown is more likely to be successful in the current context than a longer, more drawn out, lower level response. So my message to all New Zealanders is that this is not over, that we are still gonna be dealing with Covid-19 for a while yet.

"Further lockdowns are possible, if they were to happen they would happen as they did previously with very short notice. And everybody should have a plan for what they would do in those circumstances."

That's why we've decided based on the latest public health advice to add Indonesia and Fiji to the list of very high risk countries, he says.

He said the countries announced in April remain on the list, but that will be under regular review and that travellers transiting through New Zealand from Fiji will still be allowed to travel. 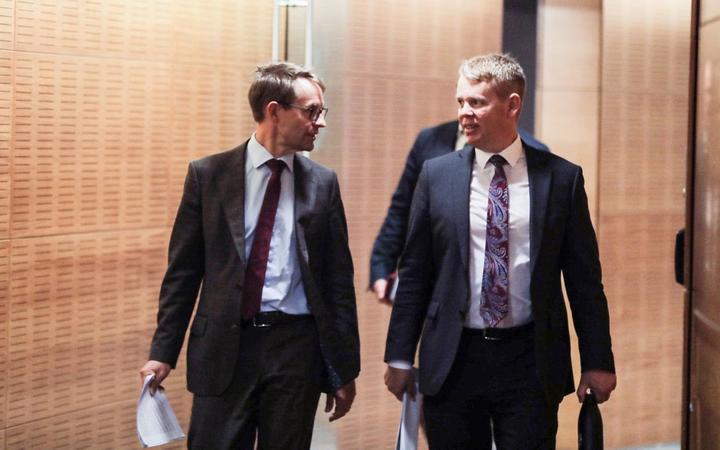 Dr Bloomfield said there are no new community cases and two new cases in managed isolation.

He said vaccination was a very important part of New Zealand's future in reconnecting with the rest of the world, as today's report led by Sir David Skegg has found.

Hipkins said 850,000 New Zealanders were now fully vaccinated and 2,293,301 doses of vaccine have now been administered.

Some 120,418 group three vaccinations have been done in the past seven days, more than three quarters more than in the same period a month ago, Hipkins said.

The saliva testing regime is also now being rolled out across the country for border workers, Hipkins said, and will be expanded over August and September.

"As Professor Skegg noted in his report ... we must be prepared to maintain our border first before opening up our border."

Dr Bloomfield said the majority of Tauranga port workers who were in isolation were now clear to return to work. Public health officials will be in touch to advise them, he said.

He says the assessment by ESR is that the pilot on the ship was likely infected by the crew, not the other way around.

The ministry is reviewing the handling of the Rio de la Plata container ship, and separately also doing a wider review of handling of ships that have docked in New Zealand recently with Covid-19 on board. 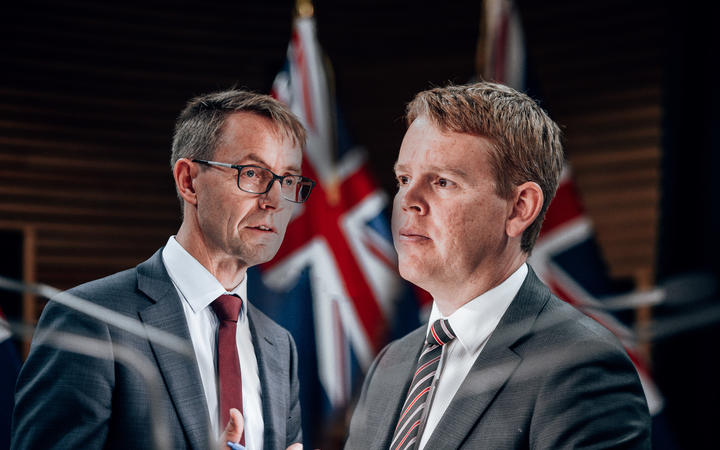 Dr Bloomfield said they look at whether and where additional ICU beds need to be built, but one of the main challenges for having those additional beds was with nurse staffing.

He said in preparation for the Delta variant, authorities are taking a closer look at that again.

Hipkins said the government has been considering a system that will put more focus on giving people a first dose on the vaccine, rather than having a focus on second doses.

He said the recommendation to mandate QR code scanning was being worked through and an announcement can be expected on that within the next two weeks.

Hipkins said mask use can be expected to be a much more important and prominent feature of a response in future should an outbreak in New Zealand occur. He said contact tracing including QR code scanning is also vitally important for helping New Zealand shift quickly out of, for instance, a hard and fast level four lockdown should Delta arrive.

"Once Cabinet has made the decisions I'll work through that. It's not far off now."

Asked about asymptomatic transmission, Hipkins said the big difference from previous variants is that the incubation period with Delta is a couple of days shorter.

"That shorter period between the time when people are infected and when they become infectious, that makes the contact tracing much more challenging."

He said that could be seen in New South Wales.

Hipkins said the latest numbers showed 61 percent of port workers have had both doses of the vaccine and a further 9 percent have had just one dose.

"We do still have an ongoing challenge with our contracted workforces at the ports."

The majority of people employed as stevedores at the port of Tauranga were not working directly for the port, most were contractors, he said.

He said one of the ways to help contact tracing be effective is to limit the movements of people.

Hipkins said reading through all the reports, the advice has become more pessimistic as time has gone on because "the risk that we face is changing all the time".

"The reality is we're dealing with a situation that continues to evolve and change.

"As soon as we can provide more certainty of course we will look to do that," he said, but the Prime Minister's statements responding to the Skegg report tomorrow will not be a "definite blueprint with milestones and timelines".

Hipins says the world didn't just return to normal after 11 September, it returned to a new normal, and that applies to Covid-19 as well.

"We don't quite know yet what the road to that is."