Invercargill's embattled mayor has doubled down against an independent review into who has access to council emails - despite one of his being used against him. 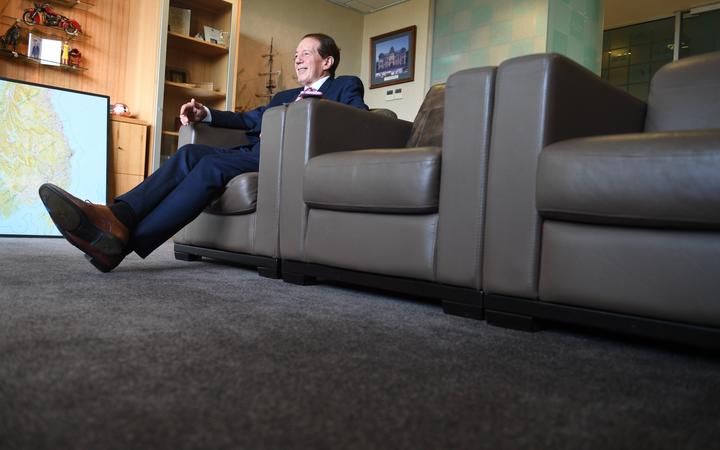 Earlier this month, Sir Tim Shadbolt sent an email to the media that referred to the current regime and spoke of the humiliation of a staff member "going through every page" he owned.

The content of that email was then shared by the council's chief executive with the chairs' group.

A week later, a media query questioned about how the chief executive knew about the content of the mayor's emailed statement.

That prompted the council to recommend an independent review to check whether system was working and to ensure the policy overseeing electronic communications were lawful, appropriate and met expectations.

It would also detail whether those processes were followed when the mayor's email was intercepted earlier this month, and whether improvements could be made.

Plans for that review were tabled as a major late item at the council's Risk and Assurance Committee on Tuesday morning.

Office of chief executive advisor Jane Parfitt outlined in the report that in April the council gave the chief executive a green light to take steps to access the mayor's council email in order to support the deputy mayor to assume some of the mayoral duties.

The terms of references for the review included assessing the current email access policy, whether all stakeholders were aware of the systems and processes in place, and if the arrangement was reasonable.

"This is not a whole of organisation review. It is more focused upon arrangements to support the mayor's office and the council's desire for greater visibility of the mayor's activities," Parfitt said.

The review and its terms of reference were supported by all councillors, apart from Sir Tim.

"It doesn't deal with the issues I felt and having someone review your operation is - I don't think the perception will be that this is really clean slate operation," he said.

Later in the day, councillors were asked to approve the independent review, its terms of reference and the $10,000 budget during a full council meeting.

While Sir Tim would usually be at the helm, he started the meeting by saying it should be chaired by someone with "extensive home office facilities" and technical skills so councillor Alex Crackett would lead instead.

Again, all councillors apart from Sir Tim voted to support the review, saying it wouldn't properly address the issue of his emails being read.

He also raised concerns about the chief executive or her advisors having any involvement in the review to avoid issues of impartiality.

"It's an issue that, as I said, fundamental requiring consent for a sensitive area of our work and operations that we undertake."

Councillor Alex Crackett said she was surprised by the process as the mayor was part of the resolution that gave the council access to his emails.

Deputy mayor Nobby Clark told the mayor that the review was being taken independently.

"He's the one making the allegations and yet he sits here today, giving his pennies worth."

Clark said the mayor should have an opportunity to have his say to the independent reviewer.

Councillor Lesley Soper said the independent review was a healthy step for the council to take.

Wellington-based lawyer Robert Buchanan was signed off to undertake the review with plans to complete the review by mid-September.