Principals are frustrated that once again thousands of children have gone into remote learning without digital devices for their school work. 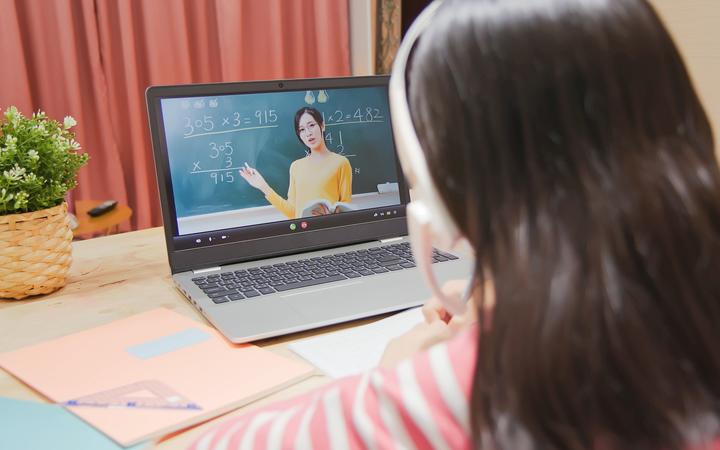 They said devices made a big difference for home learning and the government should subsidise or provide computers for children whose families could not afford them.

Ōtorohanga father Anthony Wanoa said he normally tried to limit his two boys' screen time, but under lockdown practically all of their school work was online.

"I don't like them being on technology too much, but when it comes to schoolwork, everything's at their finger tips, they can do a lot of research to help them with it. And also, they can chat with their friends, just engage like they would at school but via the computer, so, extremely important," he said.

But not all children had a computer to work on.

Ōtorohanga College principal Traci Liddall said 100 students, about a third of the school's total, did not have a device of their own and they really needed one.

"They're often doing NCEA so that they need that feedback and that feed forward happening on a regular basis. They can't wait for two weeks until hard copy work gets marked and then sent back to them."

The college was sending devices to the children who needed them most, but it was taking time, she said.

"Today, finally managed to book the courier, who didn't know where our town was, had never heard of it, and probably won't get a courier to us till tomorrow which means our students won't get their hard packs and their devices until Wednesday at the earliest at this stage. So there are a whole pile of extra barriers that wouldn't be there if the students already had a device."

There was no point asking the Ministry of Education to send devices because they were unlikely to arrive before the lockdown ended, Liddall said, but she believed the government should be doing more to close the digital divide.

The packages would be sent to all of the schools' families because their internet access was so varied it could not rely on online learning, he said.

It was very different to the situation for many other schools.

"You just have to look at the media coverage say on TV and generally it will have children sitting at home on their breakfast bar all with one to one devices and learning and that's not our reality, our reality is far from that.

"We have parents ... the only connectivity and device they have is their cellphone."

He said those students were disadvantaged.

"When you have a learning pack and it's a hardcopy learning pack you don't necessarily have the interaction with your classroom teacher if you want to query particular problems or research."

The digital divide was a widespread problem among schools and Swann was frustrated more had not been done to tackle it since last year's national and Auckland lockdowns.

She was part of a government reference group that recommended solutions in 2014 and she was frustrated the problem still had not been solved.

"It just frustrates the heck out of me that we're still sitting here seven, eight years later and seeing young people being sent photocopied materials in yet another lockdown. I just think the time has come where we need to address this issue and solve it once and for all," Amos said.

Some schools had so few students with devices that they did not do online learning under normal circumstances and that was not good enough, she said.

The government did not need to give away free laptops, but there were other options like subsidised ownership, she said.

"I know some people will argue 'What about the cost' but what is the cost of our young people not having these devices. What is the true cost if we have this prolonged digital divide? It's actually an easy problem to solve. We just need to put the money behind it and get on with it and solve it."

Students needed to be connected not only for academic reasons, but also in the interests of their mental wellbeing, Amos said.