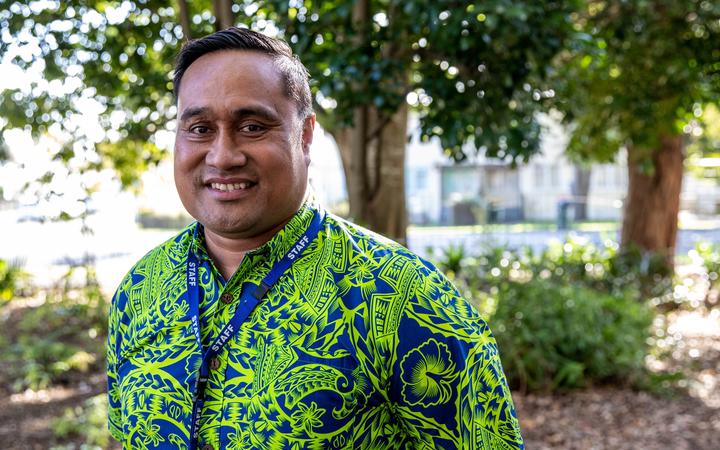 But now it was younger family members who were doing that.

"We have got a youth team here that is just checking in on young people, but also getting them to - if they can - come and pick up a food parcel, vouchers for phone data, petrols cards."

Vaisola-Sefo said last year they were concerned many teenagers were leaving school to find work to support their families.

"And now they are having to step up again and that is really worrying," he said.

With schools reverting to online learning during alert level four, Vaisola-Sefo said students in more vulnerable families would continue to miss out on valuable learning time.

"Even if they have gone back to school, no face-to-face, we have got kids who do not have power in the house, let alone having any sort of laptops to do any sort of school work or reading."

South Seas was trying to get devices to students who needed them.

"It just piles on from last year and it is a worry that our young people are having to step up and while it is good for the short-term, it has long-term implications for their own futures."

In the first two days of alert level four, South Seas had handed out just over 300 food parcels.

Demand began to ramp up on Tuesday afternoon, after the first positive case was announced, Vaisola-Sefo said.

They were also referring more people to Work and Income for things like food grants.

But he was concerned that many people turning up to pick up food parcels were not wearing masks and he feared some were not sticking to their bubbles, by getting food on behalf of extended family members or neighbours.

"People are really, really desperate now that they are prepared to push the boundaries," Vaisola-Sefo said.

He said masks were one of the items they were handing out the most, because people do not have any, so cannot comply with some of the alert level four rules.

But Vaisola-Sefo said people were much more anxious about this outbreak.

"Everyone knows about delta and what is happening overseas and now it has landed on us, so people are a lot more on edge," he said.