There were more community cases reported in New Zealand today, and the number of locations of interest coninues to swell, but there was a big breakthrough in the battle against Covid-19 as a link was established between the current cases and an arrival from Australia. 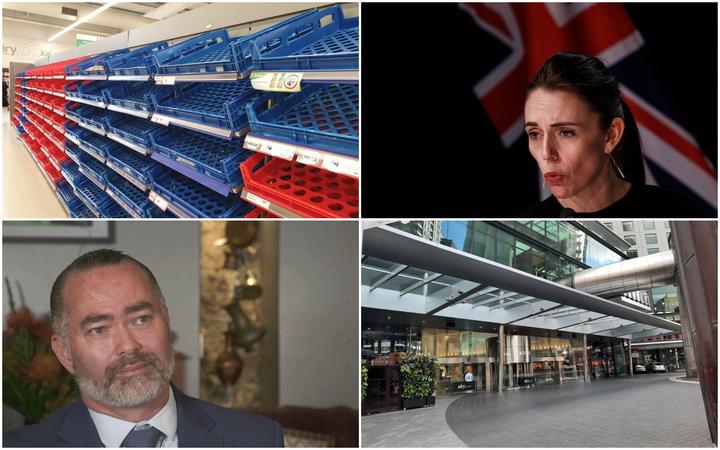 The breakthrough came when health authorities linked the current cases of the Delta variant in this country to a traveller who arrived from New South Wales and was taken to Middlemore Hospital earlier this week.

Prime Minister Jacinda Ardern and Director-General of Health Dr Ashley Bloomfield shared the news on day two of the nationwide lockdown, where it was revealed there were now 21 community cases.

Ardern said the current positive cases have been linked via genome sequencing to a traveller who arrived from NSW on a managed red zone flight. That person returned a positive day one test on 9 August and was moved from the Crown Plaza hotel to the Jet Park facility.

They were then transferred to Middlemore Hospital on 16 August.

Ardern said the period in which cases were in the community was relatively short, but new information could change this conclusion.

Dr Bloomfield said, as of this morning, more than 360 individual contacts have been identified, but this number excludes large gatherings and is expected to grow significantly in the coming days.

Cabinet will meet tomorrow at 1pm to discuss alert levels for the rest of the country outside of Auckland and the Coromandel followed by a press conference on their decision at 3pm.

The government also announced it has extended by 24 hours the time for people to return home on Air New Zealand flights or on the Interislander.

Air New Zealand wanted the government to extend the 48-hour deadline to allow people to return home, saying the pinch point is in Queenstown where hundreds of people are still waiting to get home.

The government's deadline for travel was due to expire at 11.59pm tonight. Prime Minister Jacinda Ardern announced in her press conference this afternoon that it would be extended by 24 hours for Interislander and Air NZ passengers.

Meanwhile, new locations of interest have been revealed for Auckland, including two cinemas, a service station and a supermarket.

Among them is SkyCity Casino and a busy central Auckland nightclub Bar 101 which experts fear could become super spreader events.

This afternoon, more than 1000 new people have been deemed close contacts of a Covid-19-positive case who visited SkyCity Auckland's main casino gaming floor on the weekend.

Police Commissioner Andrew Coster said, overall, there's been a high level of compliance with alert level 4 rules but police were disappointed by anti-lockdown protests and breaches of lockdown rules.

There were nearly 700 online complaints about people breaching lockdown rules in the 17 hours after alert level four came into force.

Conspiracy theorist Billy Te Kahika was among eight people arrested at such an anti-lockdown protest in Auckland yesterday and has today appeared in court chanrged with breaching level 4 lockdown restrictions on public gatherings.

He was granted bail after pleaded not guilty to two charges under the Covid-19 Public Health Response Act and one charge under the Search and Surveillance Act.

He is due to appear alongside a co-accused at a hearing in October.

RNZ heard reports of toilet paper being cleaned out at some supermarkets and has verified that is the case at Countdown Mailer Street, while bread stocks have taken a hit at Countdown Dunedin South.

Countdown would not address specific product shortages, saying "this tends not to be helpful", but a statement attributed to Countdown corporate affairs, safety and sustainability general manager Kiri Hannifin said they were working to fill gaps.

"We're really proud of the way our team has dealt with the increased demand we've seen in stores over the last 48 hours," the statement said.

Foodstuffs head of corporate affairs Antoinette Laird said there was plenty of product to go around.

"Toilet paper, like all essential items, is in good supply as long as customers #shopnormal and don't stockpile which puts undue stress on the supply chain network.

"Our ask of customers continues to be shop as you would normally shop - this is the best way to ensure there is enough to go round."

As of today, masks are compulsory for staff and customers at supermarkets, petrol stations, dairies and pharmacies which are open at level 4.

The Foodstuffs chain, including Pak'nSave and New World, said they would turn people away if they're not wearing a mask, while Countdown will not automatically refuse entry.

At Pak'nSave Petone this morning, shoppers who arrived without masks were handed on by staff outside the store.

And at Countdown, masks were provided to shoppers who left theirs at home.

Covid-19 testing stations in Auckland continue to be under huge pressure.

Once again there have been huge queues and long waits.

Yesterday was the busiest since the outbreak in August last year.

Almost 16,000 tests were done - about 10,000 of them carried out at general practice and urgent care clinics.

There were 10 community testing centres open across the city today.