Sir Michael Cullen, the former Labour deputy prime minister and the architect of a national superannuation fund and the popular KiwiSaver scheme, has died in Whakatāne aged 76. 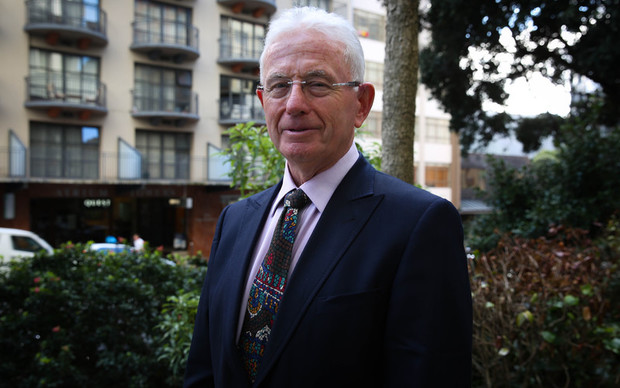 In March 2020, Sir Michael announced that he had been diagnosed with advanced lung cancer.

As finance minister in the Labour government led by Helen Clark between 1999 and 2008, Sir Michael was a pivotal figure in establishing KiwiSaver, the New Zealand Superannuation Fund and Working for Families.

He served as MP for St Kilda from 1981 to 1999 and then as a list MP before retiring from Parliament after Labour's 2008 election defeat.

In recent years he chaired New Zealand Post, the Earthquake Commission and the Tax Working Group.

Known for his excoriating wit and formidable intellect, he was a dominant force in the centre-left government led by Helen Clark between 1999 and 2008.

Born in London in 1945, Michael Cullen moved to Christchurch with his family when he was 10 and was educated at Christ's College, where he was a scholarship boy, and at Canterbury University. He studied mathematics for his first degree, moving to history for his MA. Later, he took a doctorate in economic history at Edinburgh University.

He joined the Labour Party in 1974 when he was teaching at Otago University and was elected to Parliament in 1981 as the member for St Kilda, holding the seat until 1999 when he became a list MP.

In his maiden speech, he told the House he came from a tradition of radicalism concerned with human dignity and the liberation of the human spirit. He hated, he said, the arrogant tones of privilege and condescension. In a RNZ interview in 2009, he explained that while he had no problem with people being rich, they had to realise they were not the only ones who created a nation's wealth.

Sir Michael thrived in the cut and thrust of parliamentary debate and quickly rose in the Labour ranks. He was appointed senior whip in the Lange government of 1984, and was appointed to Cabinet as Minister of Social Welfare in 1990.

After defeat in 1990, he was appointed Labour's Finance spokesman, a move seen as consigning to the dustbin the unpopular market-led economics of the party's former Finance minister, Roger Douglas, which Dr Cullen believed had gone beyond the need to free the economy from excessive regulation.

In 1996, he was a key player in moves to oust the Labour leader, Helen Clark, but compromised and accepted the post of deputy leader. It was a partnership that proved to be highly effective when Labour took power in 1999 and he became Minister of Finance, Leader of the House and, later, Deputy Prime Minister.

In nine years of government, Cullen demonstrated a masterly control and knowledge of Parliament and oversaw a shift towards the centre left while keeping a firm control on spending and building up financial surpluses. He played a key role in returning Air New Zealand and railways to public ownership but saw his greatest achievements in politics as the Children, Young Persons and Their Families Act, the Working for Families tax relief scheme, the superannuation scheme and KiwiSaver.

In the latter part of the Clark government, he took over the role of Minister in charge of Treaty of Waitangi Negotiations. His evident emotion about historical wrongs motivated his part in the deals made and when he retired from politics, his involvement with Māoridom continued in his work for Tūwharetoa and Waikato-Tainui.

Labour was defeated in the 2008 election and Michael Cullen quickly followed Helen Clark's immediate resignation of the party leadership. His valedictory speech to the House was given in his usual style, with wit, but included an acknowledgement that sometimes a quick tongue can hurt.

In retirement he became chairman of New Zealand Post, at the time it was down-sizing as mail volumes fell sharply.

In 2018, he chaired the Tax Working Group, which recommended a capital gains tax.

In his nearly 28 years in Parliament, Michael Cullen was an unashamed advocate of the welfare state and his belief that economic and social policies must be guided by the ideals of security and opportunity for all.

He is survived by his second wife, Anne, and two children from his previous marriage.