Homeschooling resumed for hundreds of thousands of school children across Aotearoa today, with the return of alert level four. 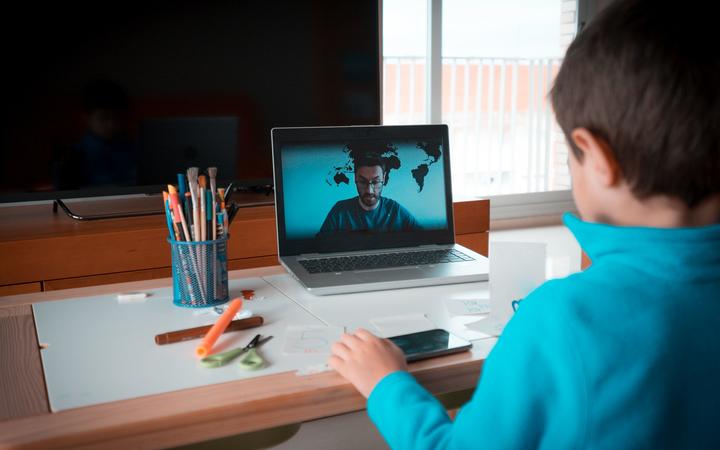 Principals, teachers, parents and students said although it would be tough, they were feeling more prepared than earlier lockdowns.

For 6-year-old Isla Arcus in Nelson, there was one way to keep her busy today.

"I'm making a Lego treehouse. It's actually quite fun, 'cause you get to relax."

But still, she would rather be in the classroom.

"I like being at school more than being in lockdown."

Her mum Janet, a new entrant teacher, said even though lockdown was challenging, it could be good for families.

"In general emotional terms, I think that it's really good for children to be around their whānau when there is uncertainty. So I think that that's just a really good time for families to just have a bit of a break together."

Teachers were under the pump last night, trying to rapidly plan for at least the next three days in level 4, she said.

"Everyone at their battle stations last night - making sure iPads were charged and different bits and pieces like that, so that if we do need to roll those out in the next week or so we'll be able to do that."

Further up the motu in Tāmaki-Makaurau, Karl Vasau is principal of Rowandale School in Manurewa, Auckland.

Vasau said he was feeling more prepared than earlier lockdowns.

This was because they had the equipment they needed stored up.

"[The] majority of our families actually had to share devices [in the last lockdown], and in most cases that is possibly a phone or one iPad, and so that was one of the difficulties we had. Given the current situation, we have a whole lot of devices at school ready to roll out if we need."

He explained the school's plan.

"For the remainder of this week, we'll just ensure that our own bubbles are safe and we'll provide some online stuff that the parents can connect with, but for us it's just about getting sorted for Monday, when we launch our home learning programme."

She had been speaking to teachers across the country.

"I've been talking to a lot of Tāmaki Makarau schools and they are absolutely coping, they're straight back on it, they know what they're doing," she said.

"Most schools seem to be keeping a real focus on student wellbeing in the first instance so making sure parents and students have the time to ease into things."

But she said in the South Island, there was uncertainty.

"I think they're probably very hopeful that this is just a three day start on it. So I'd imagine that they are taking things slowly, that they're making sure that their students and their teachers are OK and they're preparing for the long haul if it's required."

She said schools, adults and children needed to follow a simple message.

"It's really hard, and people need to be kind to themselves. We will get through this, we've done it before but it's not easy."

The Ministry of Education advised parents to be calm, reassuring and available.

It has guidance for parents, caregivers and whānau on its website.