Not only does Reefton have the most horrible public toilets in the land - they could also come crashing down on the heads of hapless visitors in an earthquake. 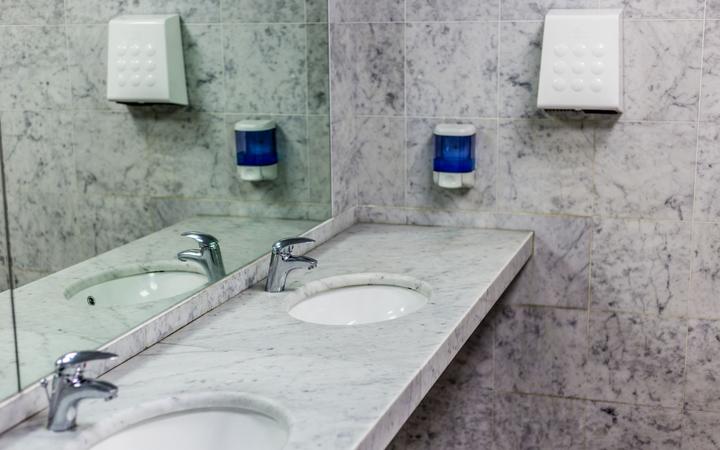 That was the dire warning from Reefton's two Buller District councillors at this week's meeting of the Inangahua Community Board.

Designs have been drawn up for new toilets to replace the old building at the top of Broadway and funding of $400,000 was available - half from the council and half from the tourism infrastructure fund, the board heard.

But the project had been delayed in part because of debate and indecision about what the new loos should look like, chairman John Bougen said.

"We currently have the worst set of toilets known to man and we have the opportunity to replace them with something decent. So we will box on with it on the basis there is no violent opposition - otherwise the money tends to disappear."

Councillor Dave Hawes warned that the old loos did not meet the building standards and could come toppling down in an earthquake.

"They have to be replaced - they're highly dangerous."

A lot of thought had gone into the design, which show a simple dark-coloured building, intended to give a "nod" to the town's historic past, rather than try to replicate it, Cr Bougen said.

"The guideline came from consultation with all the interest groups and advice from a conservation architect; and it takes the Buller district plan into account." Board member Ina Lineham was not impressed.

Cawes said the building, painted in Resene 'Flaxpod' colour was intended to be neutral and recede into the environment, not compete with it or clash with the townscape.

Board member Alun Bollinger said he was concerned the building would be too dark inside and would not have hot water on tap.

"Why not put a window in the rear wall and have a gas caliphont? $400,000 seems like a lot of money for a basic facility."

Bougen said in his experience of current building costs, that sum was low, considering the fittings inside. Putting hot water into a public facility could put costs up, he warned.

"In other toilets, freedom campers use them for washing - people are doing that already at the Reefton swimming pool - they pay $2 and go and have a shower."

"So we're no longer the great unwashed?" Hawes inquired.

The board agreed to the plans subject to inquiries about hot water and lighting.

That was the final tick BDC needed for the project and it would now go ahead after about 15 years of talk and lamentation about the state of the old loos, Bougen said on Friday.