Police failed to properly monitor whether a consortium of heavy vehicle towing contractors has been compliant with the law for the past eight years, the IPCA has found. 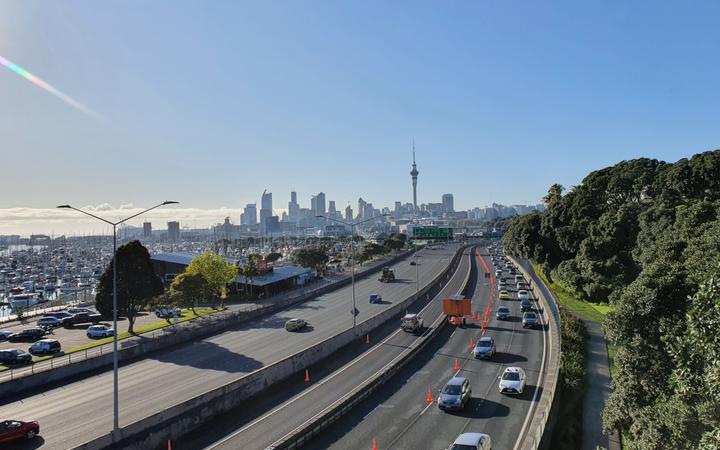 An official investigation found a consortium of truckers has been using tow trucks to pull heavier vehicles than they are allowed to on Auckland motorways.

The Independent Police Conduct Authority (IPCA) said when concerns were raised, police did not understand the risks this would have to other road users.

Only big trucks with special licences and permits are meant to be allowed to tow large vehicles off the motorway if they break down or after crashes.

Police monitor and enforce these rules, alongside the transport agency Waka Kotahi.

The IPCA said the consortium, identified only as Company Y, never had enough big tow trucks to safely meet the demands, and concluded police should not have entered into a contract with them.

The first contract, signed in 2013, was conditional on police inspection of the vehicles to ensure their compliance and fit for purpose.

The IPCA said this never happened and the contract was renewed a number of times.

"It is clear that police have undertaken minimal oversight of Company Y's performance of the contract," it said in a report out today.

"There have been no inspections of any quality; there have been no formal contractual reviews of performance; and when concerns have been raised, police have not understood the implications or risks to road safety."

"Police have been aware of the non-compliance issues but taken no or limited action," the IPCA said.

During the tender process eight years ago the consortium offered police a donation, made to a road crash programme.

"This offer of money in response to the RFP [tender] left the police wide open to criticism and even to allegations of corruption," the IPCA said.

"They should have either spoken to Company Y to remove the offer before the tender was considered or not considered the tender at all."

The IPCA enquired with the transport agency Waka Kotahi about the maximum towing capacity of the consortium's trucks.

Waka Kotahi couldn't provide data that dated back to 2013, but only the year when the IPCA made its enquiry in 2018.

" Even the data they could provide was insufficient to establish the towing capacity of Company Y's vehicles," the IPCA said.

"There have been a number of discrepancies and inconsistencies in Waka Kotahi records between the rating of trucks and their permits, and a number of trucks in operation without any overweight permits at all."

Waka Kotahi told the IPCA it is developing a better system to record this data.

Police say they are addressing the concerns raised by the IPCA, including carrying out a national audit of heavy vehicle towing contracts.

The IPCA opened its investigation following complaints from a rival towing company.

Police have apologised to that complainant for "failing to properly address the initial complaint".

"In retrospect, we also acknowledge that the officer who did eventually investigate the complaint should have been a different investigator to ensure impartiality."

"Police will ensure going forward that there is a focus on the compliance of heavy vehicle towing contractors to ensure the safety of all road users," he said in a statement.

It said it was never approached by the IPCA during the investigation and the IPCA did not interview its members.

The alliance said it is weighing up the findings and later will make comment further.

Judge Doherty said they are not aware of any accidents linked to the towing of large vehicles by the consortium.