There are three new cases of Covid-19 in managed isolation and quarantine facilities today, the Ministry of Health says, with no new cases in the community. 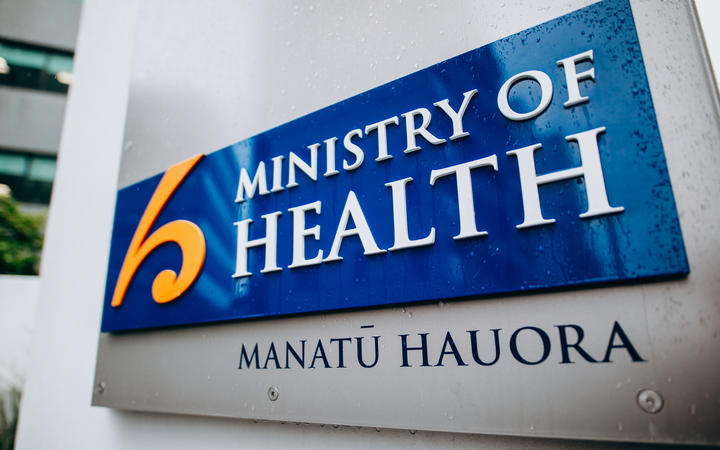 In a statement the ministry said today's total tally of cases also includes the 11 previously reported cases aboard the Rio De La Plata, which have now officially been added to the database.

Testing continued today on port workers at Tauranga where a ship with Covid-19 infected crew members to dock. A total of 110 port workers were swabbed, with 109 returning negative results. The single outstanding test was being redone.

The ministry said the two pilots, one of whom brought the Rio De La Plata into port and the other who took it out, have both now been tested, and have both returned negative results. They will remain in isolation for the balance of the 14 days post possible exposure.

"The local public health unit, Toi Te Ora, has now confirmed that 72 port workers boarded the vessel while it was docked in Tauranga. All 72 of these workers have been tested and all results are negative, with only the retest of the port worker currently outstanding. Some individuals may have an additional test to ensure they fall within the 72 hours threshold of when they were last on the ship.

"Initial reports of the numbers of port workers on the vessel also included individuals who were on the wharf but did not go onboard. Those individuals have also been tested out of an abundance of caution and those results are also negative. All ships coming to New Zealand from overseas are treated as if the ship has Covid on board and protocols are in place to manage these risks. The ministry understands from local public health staff that all infection prevention controls, and PPE protocol, were followed by port workers who had contact with the ship during their duties."

Regarding the crew of the Rio De La Plata, the ministry said crew members aboard remain asymptomatic and the vessel remains offshore, off the coast of Tauranga. A decision of where it goes next will be made in coming days.

"The ministry will be working closely with Port of Tauranga and companies employing port workers to encourage those not currently vaccinated to get a vaccination."

Health officials have been engaging in multiple hui and Q+ A sessions at the port since March and will continue to encourage staff to get vaccinated up until the deadline of 30 September, the ministry said.

"Public health staff have determined that the risk posed to the Tauranga community by the Rio De La Plata Covid-19 cases is low, and the steps taken to date are appropriately managing any risks. For this reason, there are currently no restrictions on events in Tauranga."

Port workers, their close contacts and the Tauranga community are being asked to remain vigilant and follow all health advice.

Prime Minister Jacinda Ardern said the government was still clarifying what led to the decision for stevedores to return to work on the Rio De La Plata after being sent home, and would be sharing more information later in the day.

Meanwhile, the Mattina remains in quarantine at a secure berth in Bluff.

As of Tuesday morning, 13 of the original 21 mariners remain on board the vessel, the ministry said.

Minister for Covid-19 Response Chris Hipkins said officials have failed to present a clear picture of what happened with the Rio De La Planta.

More than 90 Port of Tauranga workers spent time on board the vessel, which was carrying crew infected with Covid-19.

Only nine workers were fully vaccinated when they were on board.

"The advice I've had is that at the moment is that there was three main entities involved, Customs, the local medical officer of health and the Ministry of Health and so exactly who said what to whom and who advised what to whom that's exactly what I want to know and at the moment I haven't got a clear picture of that," he said.

"One of the things I am a bit frustrated by is that this information does seem to have been late in being shared, I only first found out about this on Sunday night for example, so I've got some questions there and we'll be looking pretty closely at who knew what and when." 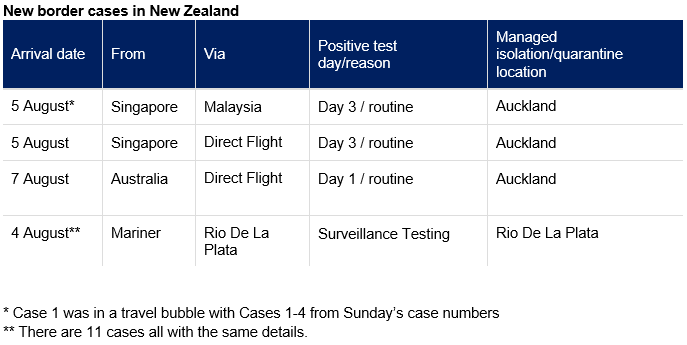 The ministry said one previously reported case has now recovered, with the number of active cases in New Zealand at 37. The total number of confirmed cases is 2546.

It said the two new cases reported yesterday have now been reclassified as 'under investigation', and have been removed from the total tally of cases.

The ministry said more than 124,000 Māori have received their first vaccination. Of these, around 77,000 have also had their second vaccinations.

Almost 85,000 doses have been administered to Pacific peoples. Of these, around 52,600 have also received their second doses.

Yesterday 38,154 doses of the Covid-19 vaccine were administered.

And 3343 Covid-19 tests were processed across New Zealand yesterday.