A group of more than 30 organisations have today called on the Greater Wellington Regional Council to implement free public transport for community service cardholders and students in the region. 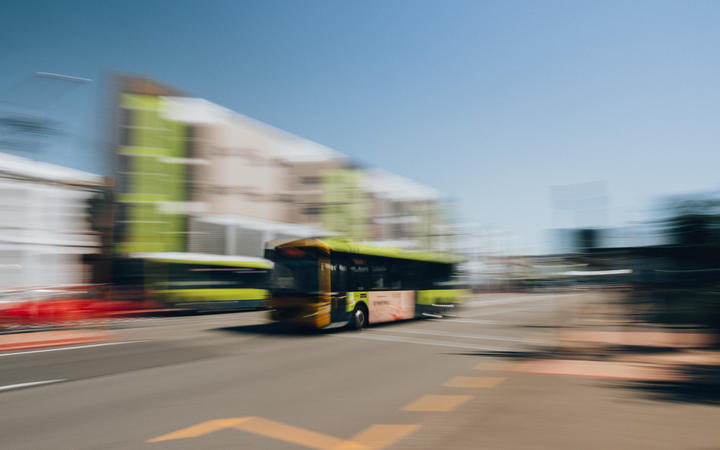 After forming a petition and penning a letter to the minster of tansport. The collective presented to the regional council's transport committee meeting this morning.

A collective of unions, churches, and students groups have formed the Pōneke Collective for Public Transport Equity, stating that Wellington's public transport doesn't reflect the needs of its community or allow people to live with dignity.

Members have said that, as housing prices have risen in Wellington, low-income earners especially are being forced to live further away from the central city, and are more reliant on public transport.

They said the high cost of public transport means many people are struggling to cope with their costs of living.

Massey University student Khushboo Singh commutes from Lower Hutt. She said she can spend up to $50 a week on transport to her classes and has had to specifically schedule which days she attends classes to cut costs,

"There's so many other living costs that money could be going towards. That fact that I don't get the full experience of my university sucks."

At the council meeting today, a video submission of interviews from community service cardholders said people's "lives rely" on public transport, and costs as high as $30 each week for transport are resulting in people having to stay at home.

Mika Hervel, a member of the collective, said their vision is for public transport to be accessible to everyone.

"We see this as a matter of well-being and can participate in everything our region has to offer," Hervel said.

The pilot has been supported by government funding through the National Land Transport Fund.

Wellington Regional Council asked the government in March to extend the pilot to Wellington, expressing their keen interest in providing the service.

Transport Minister Michael Wood told the regional council the three year trial would only be limited to Auckland because it has the country's most extensive public transport system.

The minister said the government would consider a national rollout of the half-price fare system after feedback from the Auckland pilot.

Wellington Regional councillor David Lee said the wait could ensure it was the right approach, saying he "thinks good things always take time, it's very easy to say, 'let's do it, let's go hard now' - but it needs to be workable."

Lee is the deputy chair of the council's transport committee and also the portfolio leader in the Wellington Bus Priority Project.

The regional council said it will consider free-fares in its annual plan process, but it wants to discuss the idea with central government.

Regional council chair Daran Ponter said council would consider providing the free-fare service itself, but it will take time to process.

The Pōneke Collective for Public Transport Equity is taking its proposal to the minister of transport in September.