Three people have been arrested after a vehicle that had been allegedly carjacked crashed into another car in Ōpaheke in Auckland this morning, injuring a child. 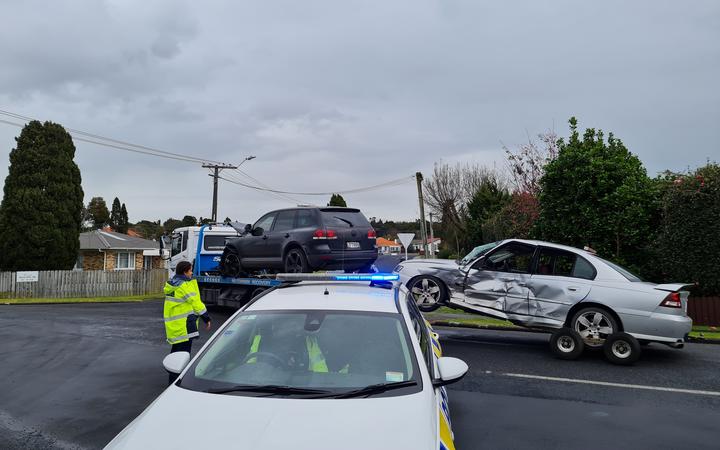 Police said just after 11am they observed someone with outstanding warrants in a vehicle travelling in the Wattle Downs area. The vehicle was signalled to stop but failed to do so.

Spikes were successfully deployed to stop the vehicle in the Red Hill area, where the occupants fled their car and forced two other people out of their own vehicle.

"It was reported at the time that a firearm may have been presented," Area Commander for Counties Manukau South Inspector Joe Hunter said in a statement. 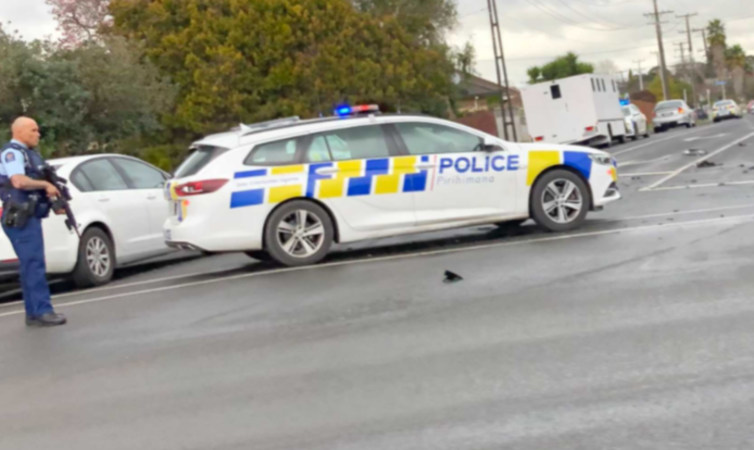 Armed police on Ōpaheke Road at the intersection with Settlement Road. Photo: Supplied to RNZ

That stolen vehicle fled the scene and was stopped by spikes on the road with support from police air units. It collided with another vehicle at the intersection of Ōpaheke and Settlement Roads, and the three occupants fled on foot.

Police on the scene quickly arrested one of the suspects and the two remaining suspects were found after a search in the area.

A child was taken to Middlemore Hospital for observation after the incident and is in a moderate condition. Victim Support has also been engaged for parties involved.

Armed police responded to the area as a precaution given the reports of firearms.

Police also located two firearms in the original vehicle that failed to stop.

"Police have responded to an incredibly volatile situation today where the decisions made by these three people have been incredibly reckless and dangerous," Hunter said.

"Our community are as equally as disappointed as police are in this high risk behaviour that puts people's safety at risk. Police have no tolerance for these actions and we will hold them accountable."

Police are not currently seeking anyone else in connection with this matter. 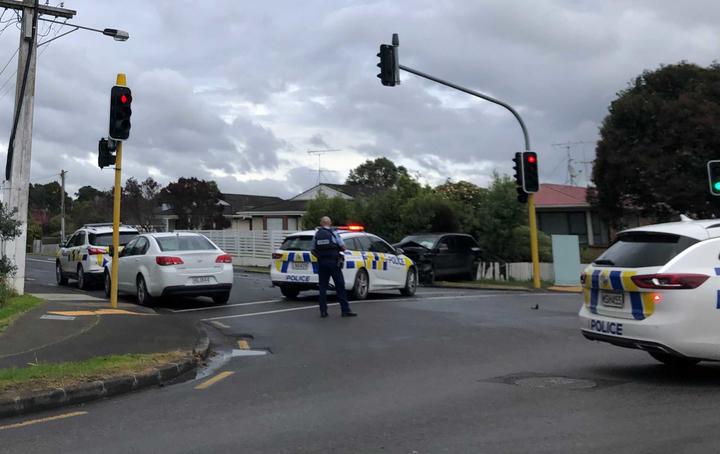