The Earthquake Commission's new Natural Disaster Response Model is continuing to come under fire, this time from members of a former EQC advisory group. 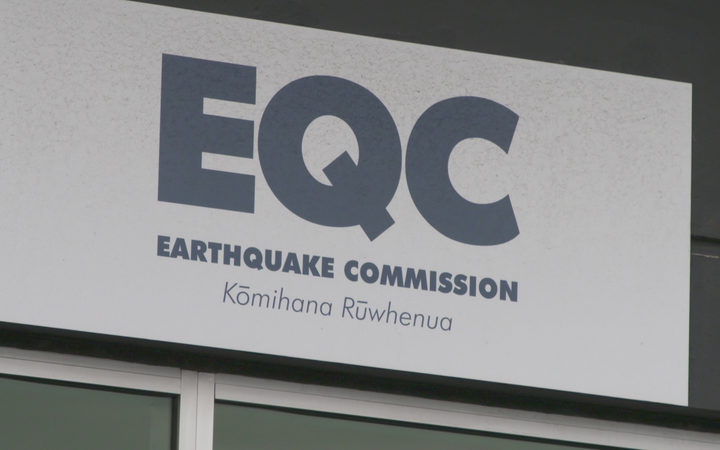 Under the new model, instead of dealing with EQC as well as an insurer, customers will now deal directly with their insurer for all future claims.

Former members of the Claimant Reference Group say EQC has failed to answer questions over quality assurance frameworks in the model.

This has prompted a backlash from group members, who fear more agony for future disaster victims who make EQC claims.

EQC said it has developed an extensive quality assurance framework to keep insurance companies in check under its new model.

A spokesperson told RNZ there are 11 quality assurance categories, which it said are assessed by 120 metrics.

"Insurers have agreed to provide EQC with findings from their internal and external audit results, where these have relevance to the services they provide to EQC. Insurers will also disclose relevant findings from reviews of insurers by regulatory agencies," it said.

But members of the Claimant Reference Group, which ran for two years from late 2018 to late last year, are raising questions.

Former member David Townshend said he and other CRG members have been asking for more than a year for details about quality assurance, but the information they have been given lacks detail.

He said the responses the group has received, and the response sent to RNZ, fail to address important issues.

"My first observation was they don't really understand what quality assurance is in a technical arena. I think they've been focused on quality assurance in a financial arena, so answering to Treasury, underwriters and government.

"And it shows because they've got Ernst and Young auditing them. EY has not provided, to my knowledge, any technical oversight of what EQC do," he said.

Townshend said there needs to be more information about how damage will be assessed.

"They may say they've got a good quality assurance process and that means that they're doing the accounting systems properly and they're financially reporting properly and putting some judiciary responsibilities there," he said.

"But it just doesn't work for me in a technical sense. It doesn't answer the question how you've engaged your experts to identify damage and what standard are you asking them to fix that damage to."

EQC rejected the criticisms made by the group members, saying that they have been given a comprehensive overview, including quality assurance of claims.

"EQC's internal Natural Disaster claims management and assessment subject matter experts have individual relationships with insurers and will spend face-to-face time with insurer staff members onsite, be available to answer questions online, and will be supporting them when completing onsite assessments to answer questions and carry out quality assurance activities," it said.

But another member of the CRG, Ali Jones, said it may be that the commission isn't understanding what the group members want.

"You know, maybe they didn't understand what we were asking for. But it's been very frustrating despite asking for that briefing - which yes, we did get an overview - I think it was in October we got that after asking for many, many, many months," she said.

"It was an overview and a lot of the questions that we had weren't able to be answered and the detail that we needed wasn't there, either."

Jones said the insurer led model may turn out to be a great model, but they need to know that there is more than financial auditing.

But EQC said there is no misunderstanding on their part.

"The Claimant Reference Group, including Ali Jones, were briefed on the Natural Disaster Response Model, including a detailed overview of the assurance approach for the model, ahead of the public announcement of the partnership between EQC and insurers in October 2020."

EQC said it will continue to participate in discussions to help with people's understandings of its activities.