A coroner wants a review into whether people on boats 6m or less in length should be made to wear life jackets. 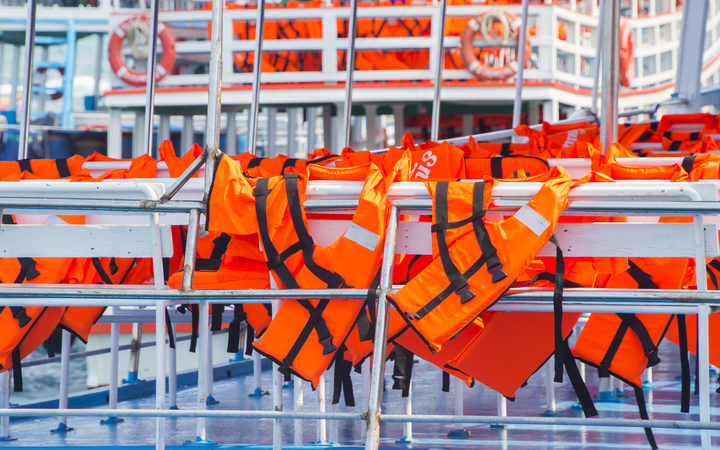 Coroner Robin Kay's recommendations came as part of an inquiry into the death of Matthew Smith who drowned off the Sugar Loaf Islands in 2016.

The 18-year-old had been out boating with his friend to pick up crayfish pots, when a large wave capsized the five-metre long boat.

While his friend managed to swim to shore, Smith's body was never found. An extensive search of the sea and land was commenced, but was unsuccessful.

Neither Smith nor his friend were wearing lifejackets.

The coroner found that despite not being able to conduct a post-mortem, it was more likely than not that the cause of his death was drowning.

However, he also made a recommendation to review the legislation around wearing lifejackets - or personal flotation devices.

Currently, Maritime Rules makes it compulsory to have lifejackets onboard, but not for them to be worn.

In 2010 Maritime New Zealand proposed an amendment to make it mandatory for them to be worn, but the government did not adopt it.

The boat Smith was on had four readily-accessible lifejackets, and therefore complied with the rules.

Last year, Taranaki Regional Council looked into introducing a bylaw which would make wearing lifejackets compulsory, a move which was fully supported by Maritime New Zealand and the New Zealand Search and Rescue Council.

In its Fact Sheet: Lifejackets Maritime NZ noted that "Everyone on board a boat less than six metres should wear a lifejacket at all times.

"Most accidents occur suddenly, with no warning - there may be no time to grab a lifejacket, and it is extremely difficult to put on a lifejacket in the water.

"Many boaties drown less than 200 metres from shore."

However, the regional council declined, as its bylaws only covered 2.5 nautical miles around Port Taranaki, and therefore argued the most effective method of implementing the recommendations would be through an amendment of the Maritime Rules.

Coroner Kay has written to the chief executive of Maritime New Zealand requesting a review of the rules.