The country's main supermarket chains could be in for a shake up this morning - and shoppers in for cheaper food - when the Commerce Commission releases its draft investigation into the groceries industry.

Sector experts say it could recommend forcing supermarkets to let in more competition, or call for the government to intervene to cut the cost of essential items.

Food prices rose 2.8 percent in the year ended June, the highest annual rate in six months, while fruit and vegetable prices gained close to 10 percent on a year ago.

Supermarket shoppers told RNZ they were concerned about how much they were paying for pantry staples.

"I think they've gone up quite sharply," said Warwick Seymour, in Christchurch.

"It's taking a big chunk of our salaries just to put a proper meal on the table," Nelson resident Ali Kahawaji said.

Consumer NZ said six out of ten New Zealanders name food and groceries as the everyday expense they are most worried about.

Shoppers told RNZ there was a clear reason - Foodstuffs and Countdown control over 90 percent of the country's grocery market.

"There's a duopoly happening and that basically means there's no competition for prices," Aaron Hemi, from Ratana, said. 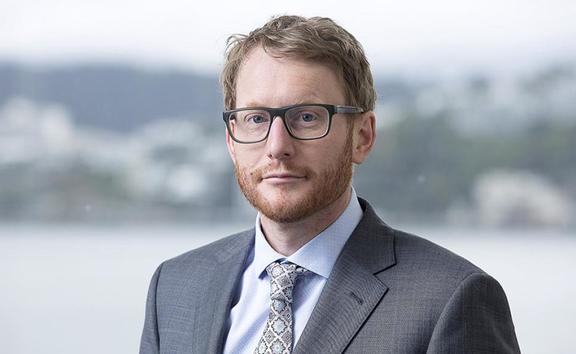 For a year the main supermarket chains have been under the scrutiny of the Commerce Commission, which has been looking into the price, quality and range available to customers, whether the major retailers have too much bargaining power, and if they co-ordinate with one another to profit more.

Consumer NZ's chief executive Jon Duffy said the commission will make recommendations to the government in its report this morning.

That could include "pedestrian" or "nuclear" recommendations, he said.

"The government could sweep in here and say 'this is an essential industry, food prices are too high and the supermarkets margins are contributing and we want to legislate to control prices',"

The commission could also suggest a mandatory code of conduct for supermarkets, to ensure they do not use their dominant market position to abuse suppliers.

"We think that's a no brainer," he said.

The government may also consider forcing Foodstuffs and Countdown to give up some of their stores or warehouses, to make way for a new nationwide supermarket chain, he said.

"That's a pretty clear indication of a market that's similar to ours in a similar geographic position, culturally similar, that competition works for grocery retailing prices."

Lang said a less "heavy handed" approach could be to change the law to make it easier for an online grocery retailer like Amazon to join the market, at least in large centres.

"That's one of those trends that's been picking up anyway since Covid. We've all become a little bit more used to online grocery shopping, and many people don't enjoy grocery shopping particularly," he said.