A 32-year-old woman has been arrested in connection with a shooting in the Wellington suburb of Vogeltown last Sunday. 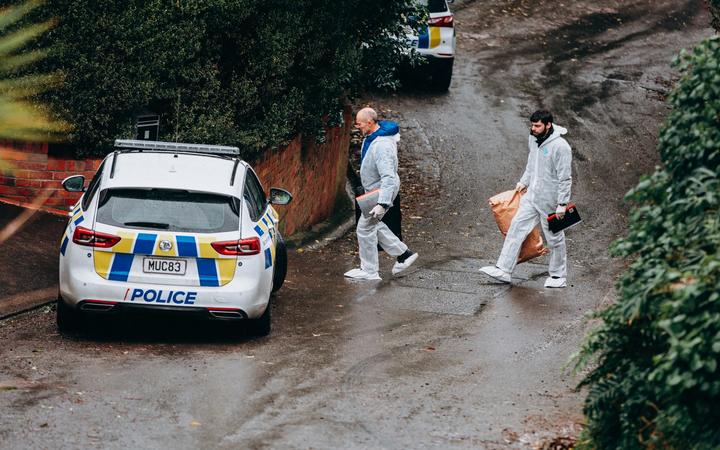 Police at the scene of the shooting. Photo: RNZ / Dom Thomas

Investigating officers arrested the woman at a Carterton property today.

She is charged with wounding with intent to cause grievous bodily harm, and has been remanded in custody following an appearance at Masterton District Court.

A 41-year-old woman was found with gunshot wounds outside a property on Sunday.

Detective Inspector Darrell Harpur said he wanted to "thank Travers Street and Vogeltown residents for their assistance and understanding while our staff have conducted enquiries in the area over the past three days".

Those living close by said they were shaken and surprised following the incident.

Police said they would like to speak to anyone who saw a distinctive blue early-2000s station wagon in the Wellington city area between 1.30pm and 2.30pm on Sunday.

Detective Inspector Harpur said it included anyone who may have relevant dashcam footage, and police would be maintaining increased patrols in the area.

The 41-year-old woman who was shot is currently in hospital in a stable condition.