Residents in Wellington say they're shaken and surprised after a firearms incident in Vogeltown yesterday, which police are investigating. 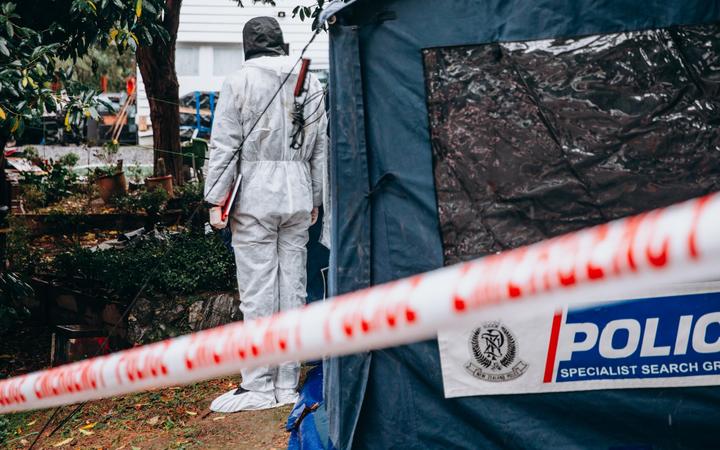 A person remains in a serious condition in hospital after being found with a gunshot wound outside a residential property on Travers St yesterday afternoon.

Police continued examining the scene today, which remained cordoned off and with restricted street access.

Travers Street resident Theo Kraayvanger, who was was close to the scene as police arrived yesterday, said it had been a scary experience.

"I was just going to a mate's house at like 3pm... I hop into my car and one of the SUV cop cars pulls up across the road from me. They didn't make any eye contact with meso I kinda knew they were there for something bigger."

He didn't hear any gunshots or loud noises that afternoon.

Kraayvanger said there were roughly 10 police vehicles around the scene and police had continued to maintain a presence around the area.

"I've never seen anything quite like that before. It was just a bit of a shock really."

Other residents have said they were surprised and shaken by the events and the investigation, especially with the many walking tracks around the area.

Nicole Chi, who works at the Berhampore BP, said police enquired about security tapes this morning.

"It's quite scary. Even if it's not in Berhampore - it's still very close to us because we work here late, and it feels dangerous."

Chi has been living and working in the area for nine years. She said it was a very quiet area where many people know each other.

Ila Patel, who owns a local diary in Mornington, said her daughter often walked through the parks in the area and had told her to avoid it for the time being.

Detective Inspector Darrel Hurpur said police were asking anyone with information regarding the incident on Sunday to contact police.