People hoping to be vaccinated have been left confused by the Ministry of Health's national BookMyVaccine system, after it told them there were no vaccination centres in their cities - including Auckland. 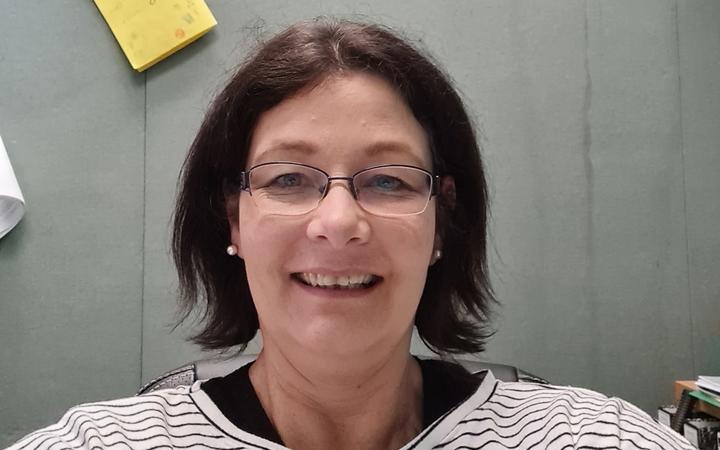 The ministry says the message will change on Wednesday when the system is officially launched.

Auckland-based customer service representative Felicity Cook said she was "amped" to find out she was eligible to be vaccinated last week after receiving a text message invitation to book.

However, when she tried to make the booking, the booking system told her there were "no vaccination centres within 75 kilometres that have upcoming availability".

The message then provided the Covid-19 vaccination help line, which was launched last week.

The 22-year-old customer service representative is in Covid-19 vaccine Group 3 and is enrolled with a GP in Auckland.

"Seeing a message saying there are no places to get vaccinated within 75 kilometres of me made me really confused," she said. 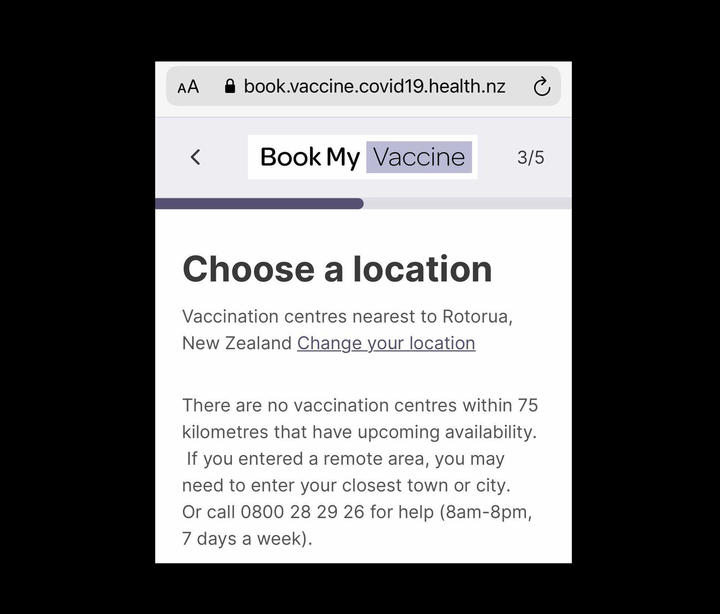 Screenshots of the messages received by people in Rotorua and Auckland. Photo: Screencap

"Why send a message out if I can't even get it done? And it also makes it look like a lie because there are obviously places in Auckland vaccinating people."

She tried again on Monday to book but received the same message. She did not try calling the 0800 Covid-19 vaccination help line number provided.

"I don't really have time to sit on hold on the phone with work etcetera at the moment, so just thought I'd wait until things worked."

Cook said she thought the vaccine rollout had been good overall, saying she acknowledged it was not the sort of thing that would happen in five seconds.

"I know I am going to get the vaccine at some stage and that doesn't have to be today."

She said Covid-19 Response Minister Chris Hipkins and the government had been "great" in the rollout of the vaccine and handling of Covid-19.

"Slow and steady wins the race, and as a country we are lucky to be in a position where we [can] afford to be a bit slower in the roll out and take caution with it."

Rotorua resident Donna Burns encountered a similar message on Friday when she attempted to book her vaccine at Rotorua's central mall.

Burns is in Group 2, with kidney failure and cancer.

She claims she tried to book by calling the vaccination helpline and was on hold for half an hour before she gave up.

She ended up getting vaccinated at Rotorua's Central Mall vaccination centre.

Burns described the booking system as "really difficult" and was concerned other people might give up, forget to follow up and not get the vaccine.

"We're putting so much money and investment into advertising for the vaccine, and there's enough crap around it, with people being dubious about it ... and some people are trying to do the right thing for the good of the community.

"Let's make it easy. There should be no hurdles for people who want to do the right thing."

"We've been told for many weeks now that the national booking system is under way and rolling out. This is yet more evidence the system is not actually really working as it should.

"It's pretty simple, if you click on a link to say book your vaccine, it should bring up the places where you can get vaccinated near to you."

He said something had "gone wrong" in the booking system and he believed it was because the system was "not functionally under way, when we've been told it is".

"I get very concerned about how vulnerable New Zealand is to the Delta variant because so few people are vaccinated.

He said the vaccination helpline was good as a backup, but the system would get overloaded if a lot of people used it.

"We should have confidence in the online booking system and it's just frustrating that it's obviously not working properly yet."

"Some of these utilise the ministry's online booking system but use local codes that enable bookings to be made only at vaccination centres in their district.

"This will change when we launch BookMyVaccine as the national booking tool on July 28.

"In the meantime, if someone in Group 3 would like to book a vaccination outside of their DHB area, the Covid Vaccination Healthline will be able to assist them."

Koornneef said the call centre was "very busy" over the weekend taking calls from people wanting to make a booking, which meant longer waiting times for some as demand peaked.

"For this reason, we ask people to please be patient and kind - as the team at the national call centre is working hard to book people in Group 3 and answer their questions about vaccination.

"Anyone who called and had difficulty making a booking is encouraged to call back."

The Healthline received 37,873 calls from Friday to Sunday and 145,615 bookings were made in the new national booking system, she said.

"We are on track to give every eligible New Zealander the opportunity to book their vaccination by the end of the year."

Lakes DHB chief operating officer Alan Wilson said the Ministry of Health had implemented the national booking system and call centre "a few weeks ago" and was responsible for all bookings across the country.

"Any issues around bookings should be more appropriately directed to them.

"Having said that, our understanding is this message relates to using a code from another area of New Zealand.

"People are assigned a code for the area in which they are registered with a GP, and this code is not able to be used for another area.

"It only applies to the national online booking system and does not mean a person cannot book in another area, which they can do by phone.

"Codes are specific to DHBs and not to the district they live in, which means a person who may live in Taupō can now book for Rotorua and vice versa."

Cook used a code when she attempted to make her booking. Burns did not.

Wilson said the DHB appreciated people might move and contact details might change, which was why being able to book by phone was another option "and one that we would recommend people use".

Lakes was at 98 percent of its projected rollout by 18 July, he said.

Covid-19 Response Minister Chris Hipkins was on leave and not available for comment.

The Ministry of Health was approached for further clarification.