Foodbanks are trying to get a better idea of how many whānau are struggling to put kai on the table. 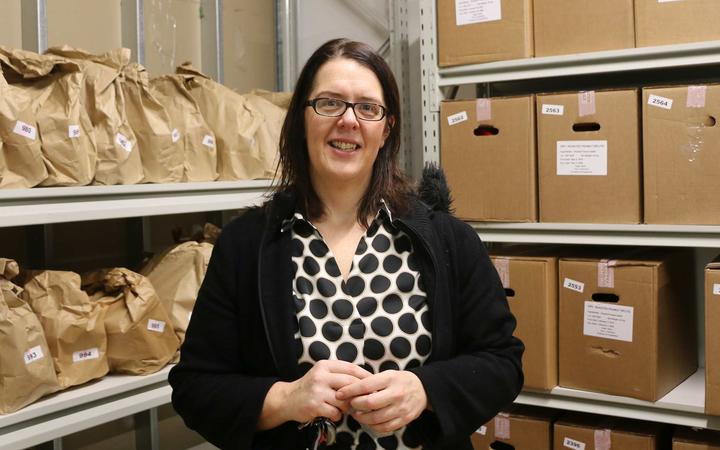 The move is not aimed at telling foodbanks what sort of food they should be handing out, Helen Robinson says. Photo: RNZ Insight / Sarah Robson

Kore Hiakai Zero Hunger Collective has developed a new standard food parcel measure, to keep tabs on how much food is being distributed and how many people it is feeding.

Kore Hiakai said the measure was not about telling foodbanks what sort of food they should be handing out, rather it was about coming up with a consistent way to quantify how much help they are providing.

Auckland City Missioner and Kore Hiakai co-chair Helen Robinson said during the Covid-19 lockdowns, there was a big increase in need for food.

But she said as they tried to quantify what was being handed out, it became apparent that how big a food parcel was, and what food was in it, was different across the country.

"For the purpose of seeking some consistency and some standardisation, the food measure was launched."

Robinson said they want to make clear how much food is being distributed to people in need.

According to the measure, a standard food parcel would feed a family of four three meals a day, for four days.

It would also meet about 80 percent of the standard New Zealand nutritional intake, depending on what vegetables, fruits, grains, proteins and dairy are available.

Robinson said it was not a prescription for what should go into a food parcel.

"For organisations like the Auckland City Mission, it is not saying you have to put that in any food parcel that you distribute, but it is saying measure it against these standards."

Kore Hiakai hopes foodbanks will start using the measure, to count how much food they are handing out and get a better understanding of the level of food insecurity in New Zealand.