Families across the Tasman face being split apart again as quarantine-free travel with Australia comes to an end tonight for at least eight weeks.

Prime Minister Jacinda Ardern made the announcement early this afternoon, with those who normally live in New Zealand given seven days to get home on a managed return flight.

As before, returnees would not have to enter MIQ unless they were travelling from New South Wales (NSW) where the outbreak was worst, but those coming from Victoria would need to isolate at home until they had returned a day-three negative test.

All returnees would also need proof of a negative predeparture test, with this proof now being checked by Immigration NZ officials at Australian airports for every returning traveller.

Emma Johnson, a 24-year-old in Tauranga who moved from Western Australia more than three years ago, said it was disappointing her parents would have to cancel their two-week visit booked for next Saturday.

She had not seen them since before lockdown.

"Yeah, we're all crying," she said. "A video chat can only do so much for you, you know ... I've been video chatting them at least once or twice a week and I was so looking forward to actually giving them a hug and I can't do that now. 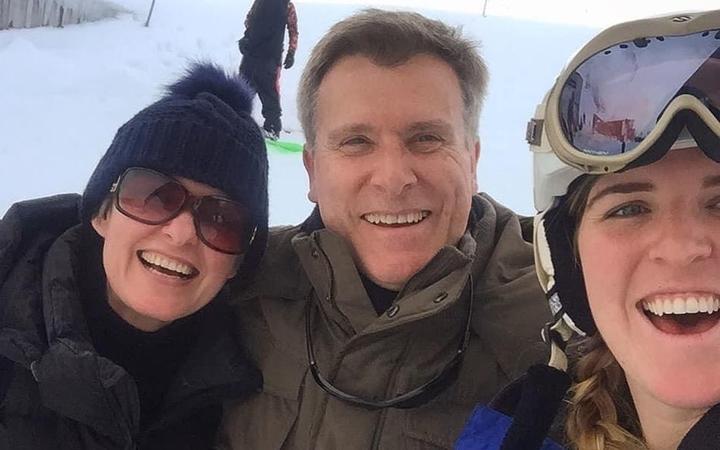 Emma Johnson with her parents during their first trip to New Zealand three years ago. Photo: Supplied

Western Australia classifies NSW, Victoria, Queensland and South Australia as 'medium risk', meaning only those who have an exemption are allowed to travel and must go into isolation for 14 days upon arrival.

Johnson said the New Zealand border closure was a shock.

"Because Perth was doing so well and so are we, but she (Ardern) still shut the borders to them.

"Why do they have to suffer for the rest of Australia. Like, it's not their fault - and it's not just me but other people can't see their families since earlier than lockdown."

She said she was surprised travel would not return for so long.

"Eight weeks and not four, or six, or even just two and then have a revise after that and see if it might be carrying on but I think straight out eight weeks is too much."

"I'm just praying I can go and see my family at Christmas time."

For RNZ presenter Peter Mcllwaine however, today's announcement was a relief. He flew into Melbourne a week ago to meet his baby grandson - born in December last year - for the first time.

He has been isolating with his family since his arrival and said knowing he could return was a huge relief.

"I'm very grateful and hugely relieved because at one stage it looked like I could conceivably end up being here for months and then maybe not even get into any sort of MIQ facility back in New Zealand. So needless to say it's a huge relief.

"If I had my time over again, would I have come here? No, I wouldn't have but on the other hand sometimes that heart is stronger than the head and it was basically family versus Covid-19, and family won."

"Unfortunately… passengers do have to do 14 days when they come back. So we are a little bit hamstrung on availability based MIQ spots and my understanding is that any flights that were put on there have immediately sold out," he said.

"As of about two hours ago, we still had about 4000 seats available on flights that were operating out of Australia over the next week.

"However, when you get into the details of that, Melbourne, there was a rush, and we've already put on a Dreamliner coming out of there on Monday and another one on Tuesday.

A Canterbury tourism operator got its first cancellation 19 minutes after the announcement of the suspension of the Australian travel bubble.

Peter Wood, who runs Ski Time accommodation in Methven, said the decision was disappointing but not unexpected.

His email inbox already had several cancellations and he expected many more, Wood said.

However, he said the length of the suspension was a surprise, because they thought it might be for only about four weeks.

NZ Ski said the suspension of the travel bubble was a significant blow to the industry, but hoped more New Zealanders may opt for a skiing holiday now that Australia was not an option.

NZ Ski chief executive Paul Anderson said about 10 to 15 percent of the guests to ski fields were Australian visitors.

While the suspension was disappointing, it appeared to be well founded, he said.

University of Otago epidemiologist Michael Baker said there was a real threat NSW would be unable to contain the outbreak, posing a threat to the rest of Australia.

"It just means that we can't rely totally on different states and territories to keep the virus within their borders. This is a bit like the experience we had in New Zealand where we were using the regional lockdowns in Auckland ... the borders tend to be quite porous." 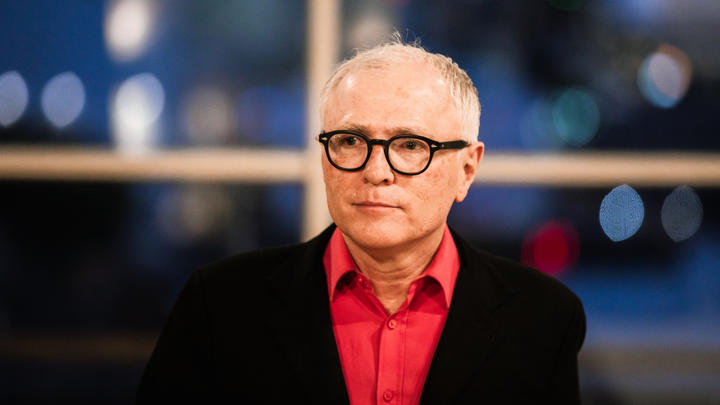 He said NSW had seen success with contact tracing so did not have a lot of experience with heavy lockdowns, but that had changed.

"They're having to resort to a lockdown but it's still quite light by New Zealand standards and they have delayed taking that really decisive action that I think they needed."

The green zone was just getting too risky to allow it to continue given the infectious nature of the delta variant, he said. He expected NSW would need to introduce much stronger restrictions in coming weeks.

He said New Zealand could learn a lot from Australia's experience with the delta variant.

"This could be us tomorrow if we get the virus in this country ... Australia's ahead of us in some areas, they have for example mandatory requirements to scan in, in indoor environments - high-risk environments - and they are very used to wearing masks now unlike New Zealanders and mass masking is something they just expect as part of containing an outbreak.

"I think we can do better and I think we have to. We have to assume that this virus will arrtive in New Zealand ... we could prepare better."

Prof Baker said the day-three testing for travellers from Victoria was a very secure approach given the low numbers of cases in Victoria, but National Party health spokesperson Dr Shane Reti disagreed.

The protocols for returnees from Victoria needed more work, he said.

"Predeparture testing being [checked] for everyone, yes, very late, of course that should happen ... pleased to hear that's being done on every single person, should have happened before now. 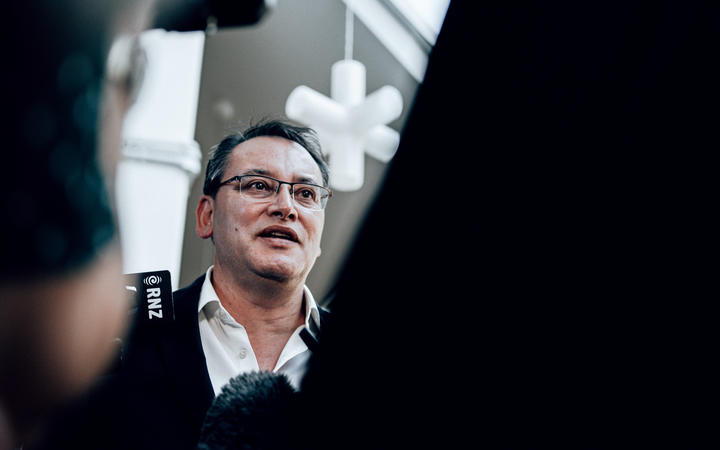 "This [Victoria] variation ... I think there's some workflow attention that really needs to be looked at there."

"That all sounds a little bit loose to me. What happens between day three and day five? What is the reporting time between having the test and having it appear in the system? In whose system? If it's on a weekend and it's appearing in a GP's system are they gonna be involved?

He said New Zealand would have more options if the level of immunity was higher.

"It would give us more options ... might it be six weeks instead of eight weeks; could we have had some nuancing of people who are vaccinated returning home ... it just seems to be off the table."

He said with MIQ booked up for three or four months, it was going to be hard for the government to manage.

"It's been stretched before today, it'll be stretched even further with this announcement."

Checks on 100 percent of predeparture tests should have also been brought in far earlier, he said.