More than 300 automated external defibrillators (AEDs) have been rolled out to police vehicles across the country. 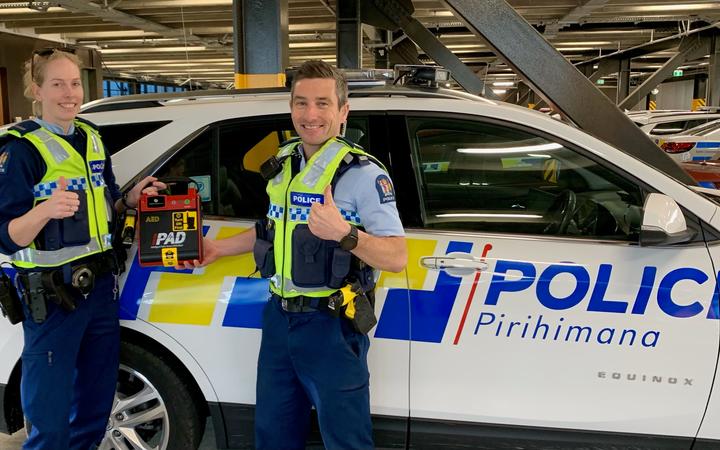 The devices can deliver an electric shock to people suffering from heart failure and increase their survival chances by up to 44 percent.

The 368 new devices are additional to those already distributed in each district.

He said having an AED in vehicles will allow them to provide support to someone suffering from heart failure before medical teams arrive.

"Someone living in an urban area might expect a rapid response from a mobile medical service, like St John, but this isn't the case in the more rural parts of New Zealand," Greally said in a statement.

Northland has been allocated 10 AEDs and acting road policing manager Steve Dickson said he has no doubt that will save lives in remote Northland communities.

In the South Island, Tasman has been allocated 13 of the AEDs.

"We have a geographically spread district with a scattered, aging population and limited resources. Our staff are out in the community and often the first on hand in times of crisis. These AEDs are a critical tool to enable officers to respond effectively when crucial minutes can determine the outcome," he said in a statement.