Prompted by two tragic deaths, football fans have raised enough money to buy a defibrillator for every football club in Wellington. 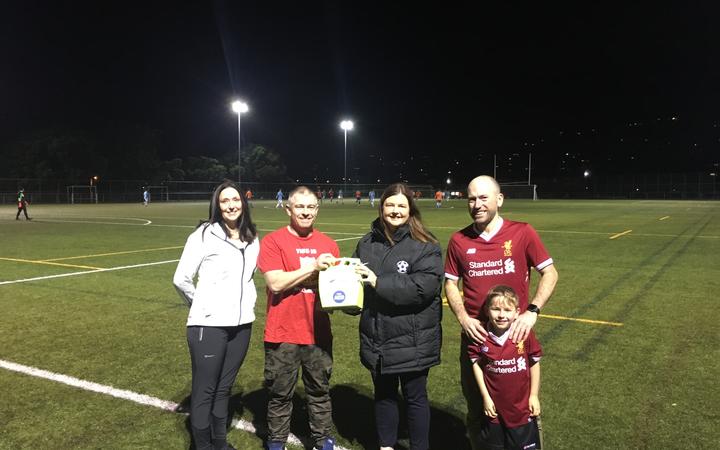 Lower Hutt man Andrew McGoff, who is the leader of the Liverpool Football Club Wellington supporters group, said the mission started about two years ago when he saw a stranger slumped against a wall before collapsing.

He and a nearby woman rushed to help. The woman started doing CPR while he rang an ambulance.

But the man did not survive.

McGoff said he felt terrible he had never taken a first aid class. He then set out to learn CPR and began fundraising for defibrillators, aiming to put one in each of Wellington's 15 soccer clubs.

Two had been installed by August, when a well-known masters' player collapsed and died at half-time during a match.

The football community's reaction to his death led to a group of fans and players launching the Keep Wellington Beating campaign, to speed up what McGoff had started.

They found less than a third of sports grounds in the region had defibrillators, despite statistics showing they can significantly improve heart attack victims' chances of survival.

This week they reached the target of $25,000, after "massive" support from people and organisations right throughout New Zealand, including big boosts from New Zealand Football and the Royal New Zealand College of General Practitioners, Mr McGoff said.

"By putting these into these Wellington sports grounds, it's not only players that we're looking to save the lives of, it's friends and family.

"CPR alone is not giving people enough of a chance at a survival rate and with [a defibrillator] it increases it by 40 percent. So, for us, it's a no-brainer: It should be in all sports grounds throughout the country."

Mr McGoff said the 15 defibrillators included a replacement for one that was stolen from Alex Moore Park in Johnsonville earlier this year.

The money will be given to Capital Football, which will install them, and train staff on action plans for using them.