Covid-19 Response Minister Chris Hipkins unveiled a graph showing that second vaccine doses would be given before first jabs. 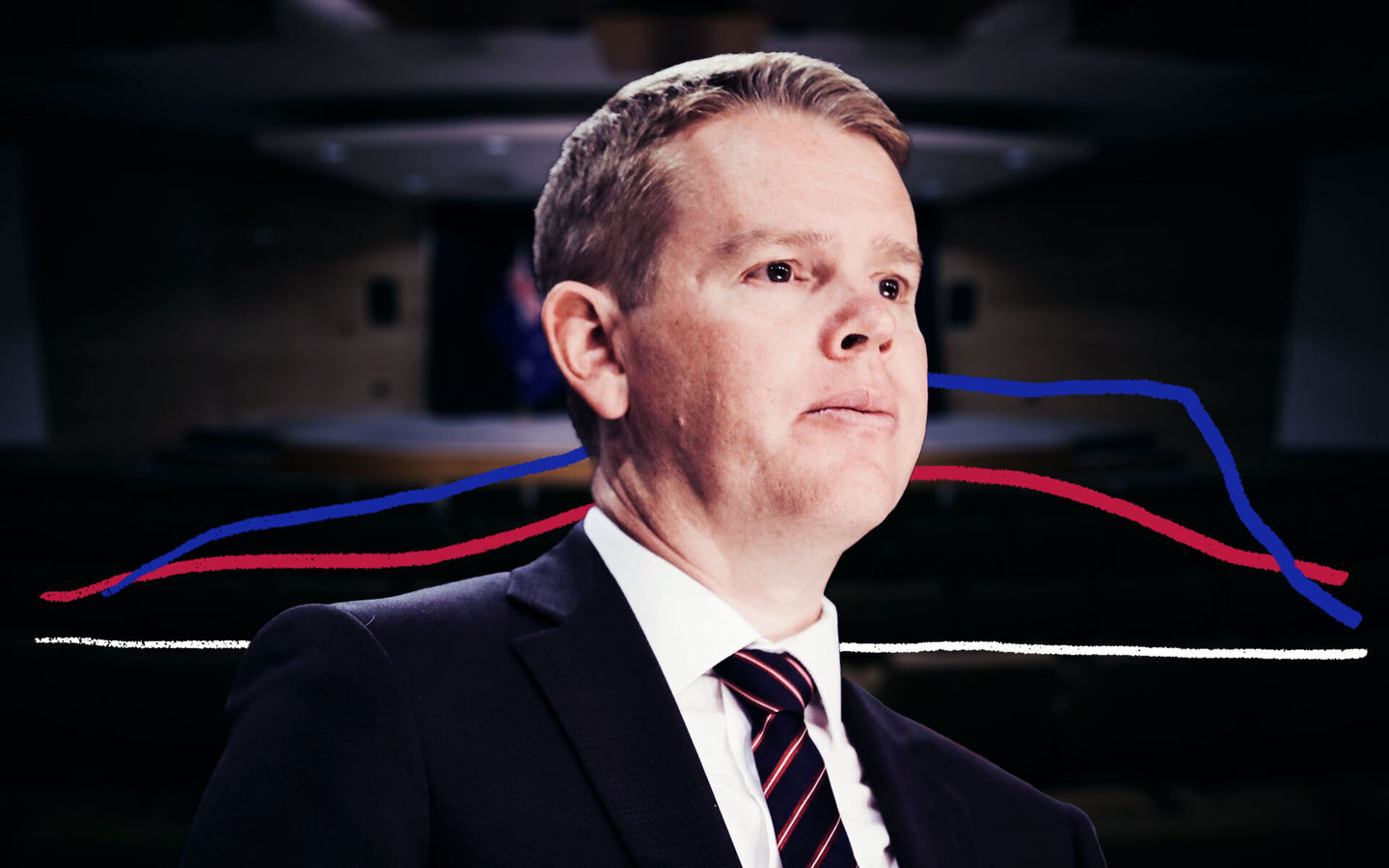 A Ministry of Health staffer then tried to stop information about the graph being released to journalists by claiming the numbers were commercially sensitive.

The Ministry of Health missed its deadline to release information about the baffling graph under the Official Information Act, and RNZ complained to the Ombudsman.

RNZ can now reveal Ministry of Health officials were as perplexed by the graph as the public were when Chris Hipkins unveiled it at a 17 March press conference.

Hipkins initially told the public: "Today I have released a graph that shows the overall expected distribution of vaccine delivery throughout the course of the year. It's important to note that we have to sequence to coincide with deliveries to make sure we don't run out at any points during the year, and we've worked through that very carefully," he said.

But the graph made no sense and sparked a flurry of criticism, with one data journalist describing it as "lines drawn by a graphic designer dressed up as actual data" and "effectively a sketch".

Documents obtained by RNZ show after a wave of requests for the graph's raw data from journalists, Ministry of Health staff moved from calling it a graph to calling it an "illustration". They also variously referred to it as a chart, a diagram, and a graphic design. 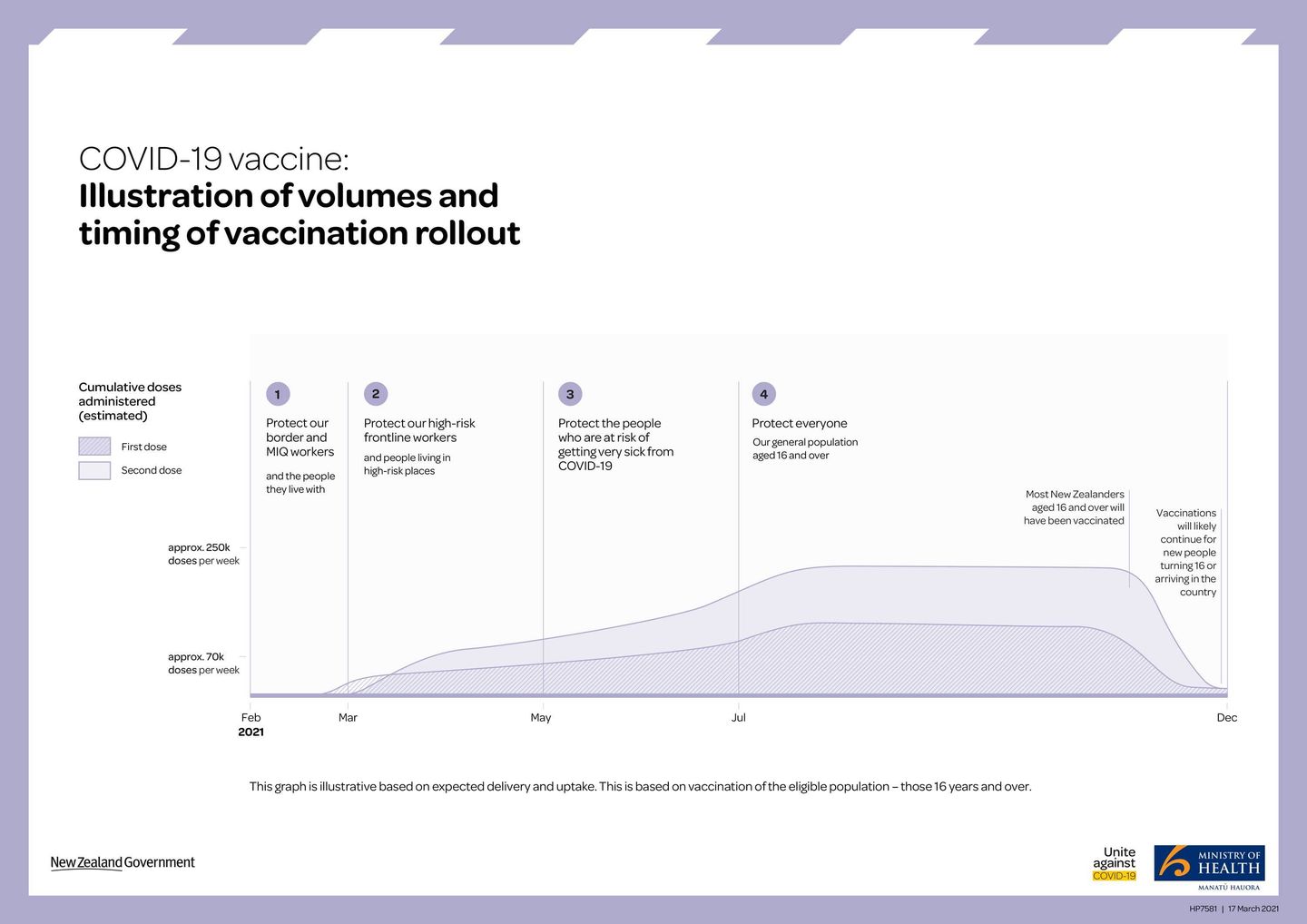 The graph released on the Ministry of Health website. Photo: RNZ / Supplied

Emails show ministry staff were also trying to make sense of the graph and shared concerned feedback about what had been released to the public.

"I hope it's helpful and ok to share with you some vulnerabilities that this graph (even as a contextual piece) displays and opens us up to, political or otherwise. I've spotted and noted some fundamental issues," one staff member wrote.

The errors spotted included that the graph showed cumulative doses of the vaccine, with one staff member noting that meant "the graph should never decline". But the graph declined massively which indicated an impossible scenario where as more and more doses were given, the country had received less and less doses.

He also noted the graph showed a "spike in second doses which occur before the first doses".

One reading of this would mean twice as many second doses would be administered as first doses.

Reading the graph another way did not solve issues: "Close to December, the graph indicates we will be stopping second doses while still administering first doses", the staff member wrote.

Emails show one official, faced with six different reporters asking for the data behind the graph under the Official Information Act, wanted to claim the figures were commercially sensitive.

"Can we please go with the approach that the picture is an illustration at a high level and the underlying data is subject to commercial sensitive information as an approach?"

But a staff member from the Director-General of Health's office knocked back the idea.

"To say that the numbers doesn't match the illustration would require us to say under the Act that the information didn't exist (section 18(e)). Given I have seen the numbers that underlie the diagram, and you've noted that it does exist, I don't think this would stand scrutiny should the requesters complain to the Ombudsman, which I suggest they would probably do. Refusing on the grounds that the information is commercially sensitive doesn't appear to be a strong reason either."

The ministry eventually responded to journalists saying there was no specific data that informed the graph and declined the Official Information Act requests. Forecast data was released, but it didn't match what was in the illustration, or split out forecast first and second doses.

RNZ sent a further Official Information Act request asking for communications regarding the graph but the response was delayed. When a second deadline went unmet, RNZ complained to the Ombudsman.

The Ministry of Health released the information before the Ombudsman investigated the complaint.

RNZ asked the Ministry of Health if it had updated internal guidelines regarding the creation or release of graphs or illustrations following the incident.

A spokesperson responded: "As with any piece of information we publish, we take care to ensure that the information is helpful and accurate.

"As noted in our OIA response, the original graph was based on forecasts and was created to be a visual representation of what the vaccine rollout would look like. Our vaccination programme is largely tracking in line with these projections."

The ministry has since released a new graph that makes sense. 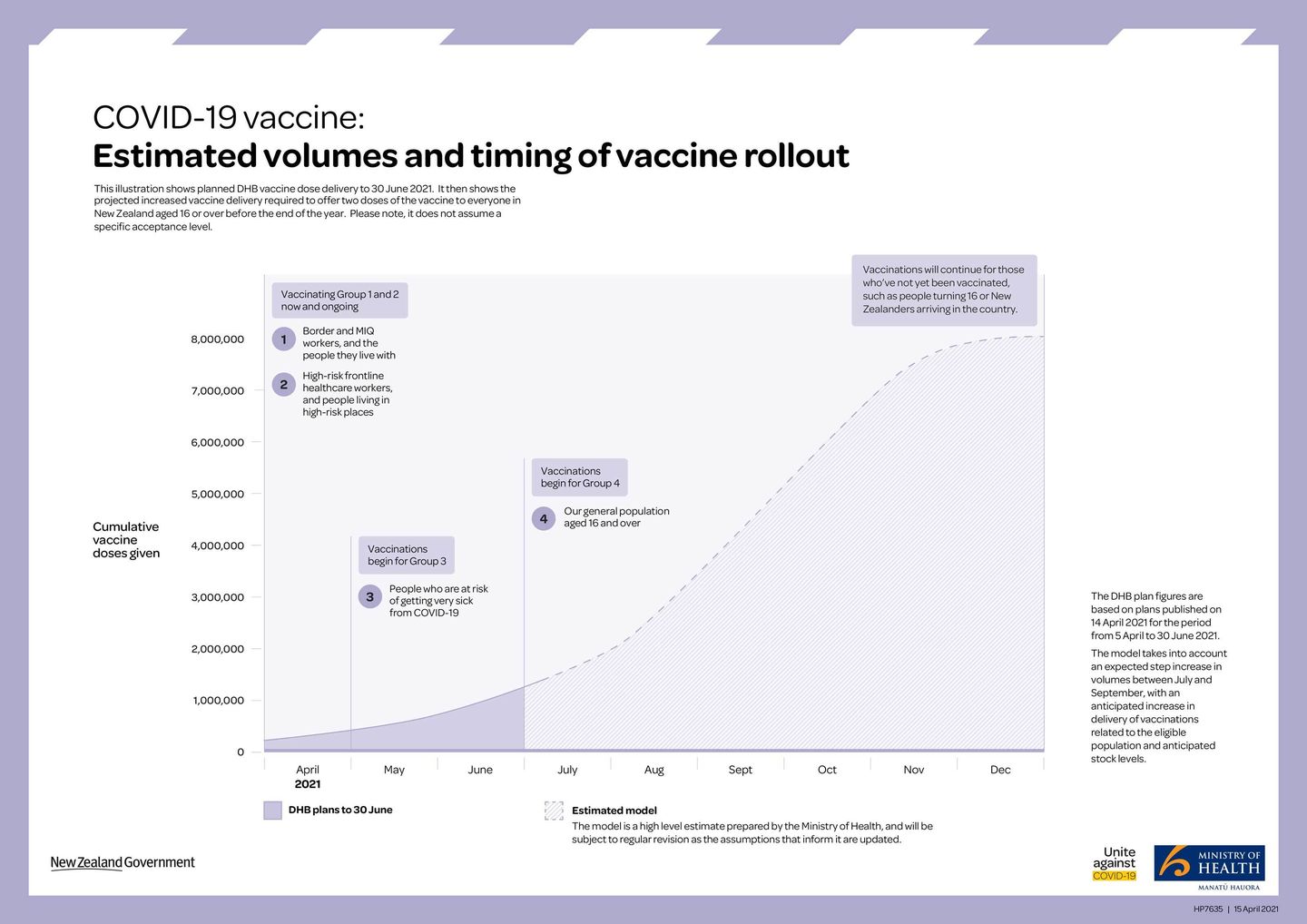