Employers of 1800 border workers who must be vaccinated are being told they will have to tread carefully if staff refuse to have the Covid-19 vaccination. 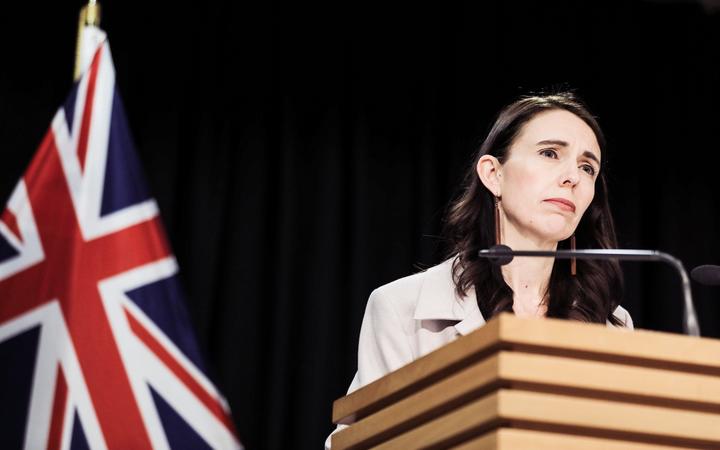 A new government Health Order covers private sector staff in jobs seen as too high risk to be left unprotected.

"It is an extraordinary step to mandate and to tell someone who may for instance be employed by a private sector employer, that they will not be able to work in their job unless they're vaccinated.

"That is a very big step," Ardern said.

She argued that, as the rate of vaccine take-up for those border facing jobs is not high enough, the government was left with little choice but to make it compulsory.

It is an amended Health Order to the initial one which came into effect in April, which applied only to public and private MIQ workers.

The updated order means those working for the government will have until 26 August to receive their first vaccination and those privately employed until 30 September.

Employment law advocate Ashleigh Fechney has been representing four former Customs workers who were fired because they refused the vaccine and said the government is riding roughshod over existing legislation.

"Already in law, we have a pretty good basis to argue that an employer could not require vaccination.

"It's disappointing that we have a framework, we also have the authority in the Employment Court, and then the government just goes above, and creates its own order."

She said adding private companies into the mix could bring additional complications.

The government's Employment NZ website states employment law still applies even if an unvaccinated worker is doing a job that can now only be performed by someone who has been vaccinated.

Firms need to work through the process in good faith and if an employee doesn't want the vaccination, they should try to reach agreement on what other tasks the person could do.

Redundancy must be the last option.

Fechney said companies could find themselves in front of the Employment Relations Authority if they don't follow the rules.

"It kind of takes the power out of an employers' hand, and there's a lot of uncertainty.

"For an employer to then say I think this order applies to me, if they then exercise that, they are potentially liable to the Employment Relations Authority.

"That's quite unfair when you consider that this is an order they were not involved with.

For most government workers in managed isolation facilities, being vaccinated has been a requirement since April.

But under the new health order, other government MIQ workers who were missed in the original health order will now be added.

It now includes 100 redeployed Aviation Security staff who work in and around MIQ.

Public Service Association national sector lead for public service Tracy Klenner said she supported all workers being given access to the vaccine, "ensuring that as part of that, where people are unable to be vaccinated for any variety of reasons, it is important that their employment is maintained during any process that may occur if there is a vaccination order in place for them."

For an employer as vast as the government, redeployment opportunities are mostly plentiful - not always the case for private employees.

Klenner said she wants to see the Government step up to help out.

"We think there's an opportunity to look for what might be broader redeployment opportunities for private sector workers in the MIQ space, to see what is available for them to utilise their skills elsewhere, and to recognise the hard work they've been doing up until now."

Other unions with affected members are biding their time, just waiting to see the final detail from the government.

That includes National Secretary of the Maritime Union Craig Harrison.

"What it means for the port, it's hard to know, in regards to not all workers actually work up the ships, or onboard.

"So until we get the real detail on who's going to be covered by it, we can't really get more of a response than that."

The Order will be coming into effect on Wednesday 14 July.