A High Court jury has listened to recordings of police officer Matthew Hunt's final radio communications and heard of the chaos when the young constable was shot dead on duty in Auckland. 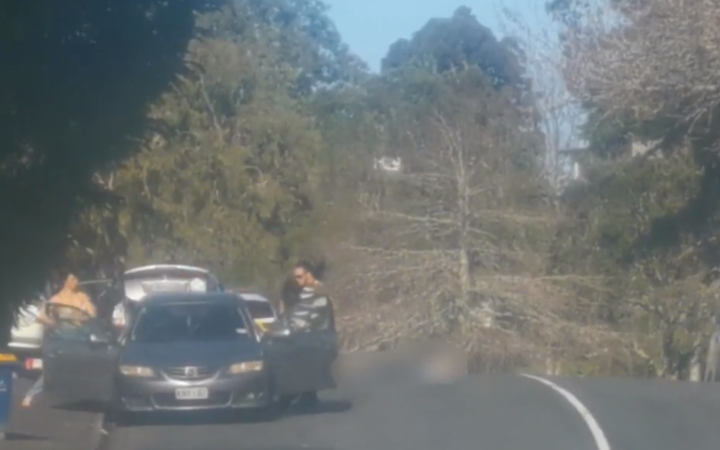 The jury was shown footage of Eli Epiha and Natalie Bracken in the moments before and after Matthew Hunt's shooting. Photo: NZ Police

Goldfinch's words - "I've been shot by a gun... I've been ***ing shot... I'm bleeding a bit out of my legs" - recorded on his radio, were also played to the courtroom.

Some members of the public cried as they heard it, and the silence from Matthew Hunt's radio, as well as the sounds of gunfire captured on CCTV.

One witness, Reynella Drive resident Roy Dean, recalled being at home with his mother on 19 June.

He had been getting ready to go out for a date when he heard screeches, shouting, then shots outside the house.

"I remember three shots. Just really distinct. I think, easy, to make out that it's not a firework or a car muffler," he said.

Today, she recalled seeing armed police, civilians and dogs around her and being aware an armed offender may still be in the area as she approached an officer lying on the ground.

It was David Goldfinch, who had been shot four times.

Stewart said he had a graze on his hip and two "jagged" looking puncture wounds on his leg.

Jurors were shown pictures of the injuries.

"He was calling out in pain but we managed to get him up off the floor by supporting him on either side, onto the stretcher," Stewart said. 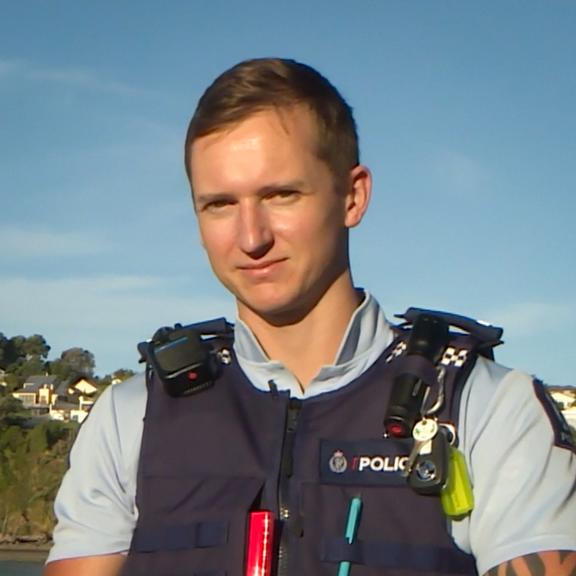 At hospital, paramedics avoided letting Goldfinch see Hunt, who had been shot in the back, she said.

St John's Paramedic Kathryn Jackson had been trying to revive Hunt since she got to Reynella Drive and took over from police officers who had been performing CPR.

In a statement she said she gave him ECG, fluids and shots of adrenaline but he was already in cardiac arrest.

He was pronounced dead at hospital.

Emergency medical technician Trent Hirst tended to a Reynella Drive resident hit by a car during the incident.

In a statement read by crown lawyer Brian Dickey, Hirst described finding the resident conscious but bleeding from his head.

"[The man]'s wife was with him and they informed us that [the man] had been putting luggage into the boot of a car because they were going on a family trip to Rotorua. [The man] couldn't recall if he was hit by the car, or what happened. But all he could remember [was] that he was leaning in the boot and then being dragged away by his wife," he said.

Detective Sergeant Corey Brown was the officer in charge of the scene.

He arrived before the paramedics, when the engines of the police car and crashed car were still running.

Brown said his first priority when he arrived was preserving life and later he had to work out exactly what had unfolded on Reynella Drive.

"I think it was a case of what happened. Obviously it was going to be a serious crime so I took photos at that time of the general area," he said.

Photos were placed before the jury, who were also told where bullets, casings and damage were found.

Brown said bullets hit a driveway and a fence, one lodged in a gate, others hit a tree and punctured the wall of a house.

The trial is expected to take up to three weeks.